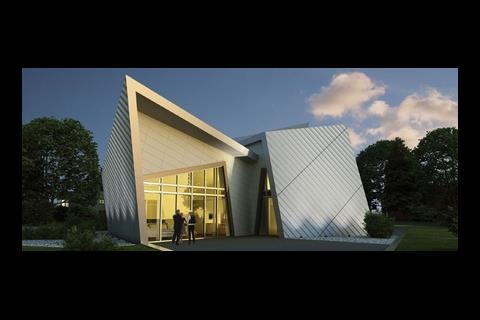 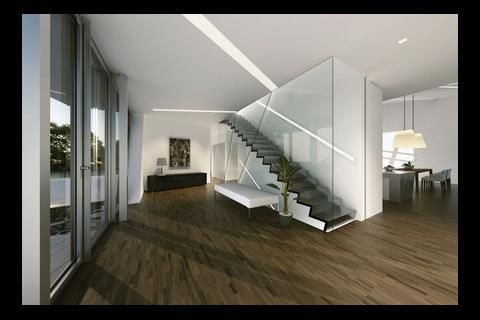 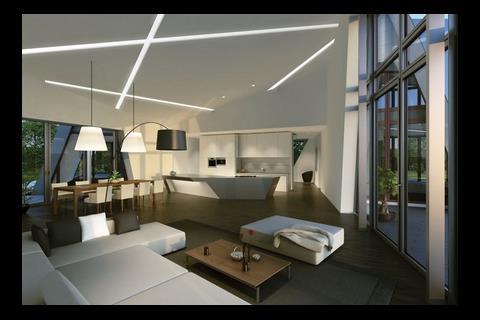 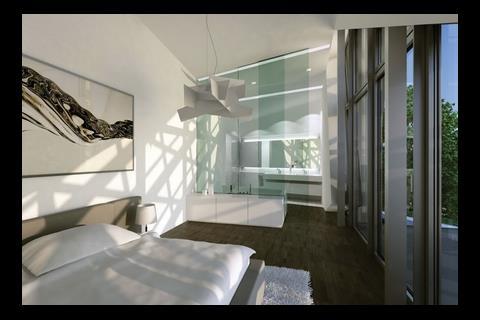 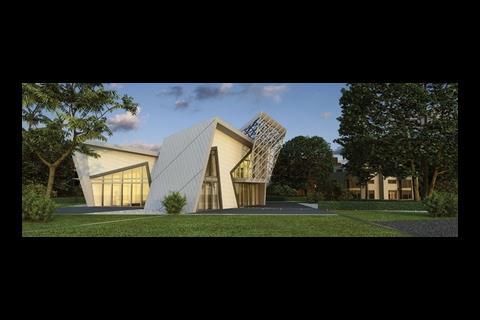 If you’ve got a couple of million euros you don’t know what to do with, why not buy your own Libeskind-designed house? Dan Stewart looks at what you get for your money

Living in a home designed by one of the world’s most famous architects has, until now, been the preserve of either the super-rich or the well connected. Now, a German construction company has joined globe-trotting celebrity architect Daniel Libeskind to offer ordinary members of the public a bespoke, prefabricated architect-designed house.

In a piece of brand exploitation that would make Norman Foster wince, the Polish American architect has designed the “Libeskind Villa”, a three-bed flatpack house that can be shipped almost anywhere in the world by German developer Proportion.

Well-known architects have designed prefab houses before, of course. Rogers Stirk Harbour + Partners, for example, won the Manser medal last year for its Oxley Park houses in Milton Keynes, designed to be built off site for less than £60,000 as part of an English Partnerships initiative. But where the Rogers designs were necessarily simplistic in form, Libeskind’s house has all the characteristic elan of its creators’ most famous buildings.

The two-storey, 515m2 house has been designed to show off Libeskind’s expressionist angles and jarring shapes from the outside, but seems surprisingly warm and homely on the inside. The architect, who is best known for the Holocaust Museum in Berlin, has designed all of the fittings and furniture for the villa, including a spa bath, a bar and a basement sauna.

Wait a minute, you must be saying. You can’t prefabricate a basement. Well, it turns out that some groundworks and on-site construction are needed. Michael Merz, managing director of Proportion, says: “The Libeskind Villa is not a prefab in the common sense of the word. While there is pre-assembly of some of the wall components, the building is mostly completed on site by our crew of experienced construction workers.”

In fact, the building is relatively simple to put together. All of the materials used are lightweight and easy to transport – from the aluminium balconies to the zinc cladding and timber frame. The core structure is prefabricated in three separate pieces in a German factory and shipped to wherever in the world the purchaser has bought a site. Proportion digs the foundations, bolts together the parts and fits it out with the customised furniture.

This being a German project, sustainability is high on the list of priorities for the building’s performance. As well as an integrated solar thermal system and rainwater harvesting, it comes with triple glazing and a geothermal heat pump. The makers say, in energy terms, it consumes less than 40kWh per square metre, the minimum required in Germany for a new-build house.

Unlike many of its architect’s most famous projects, Proportion says a Libeskind Villa can be built in a few weeks rather than a few years, and they will even help you apply for planning permission. But before you reach for your cheque book, consider that a fully fitted-out Libeskind Villa is set to cost between €2m and €3m (£1.7-2.5m). And if the sharp edges and odd angles of Libeskind’s designs don’t appeal, then sit tight. Proportion is already in talks with several other well-known architects to launch a range of bespoke prefabs. Eat your heart out, Ikea.