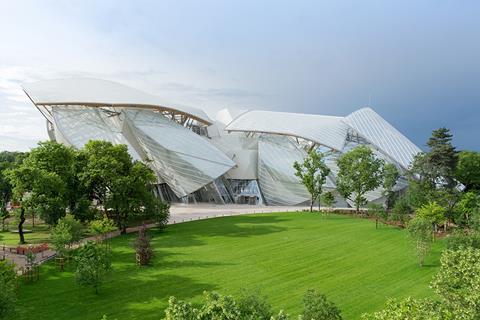 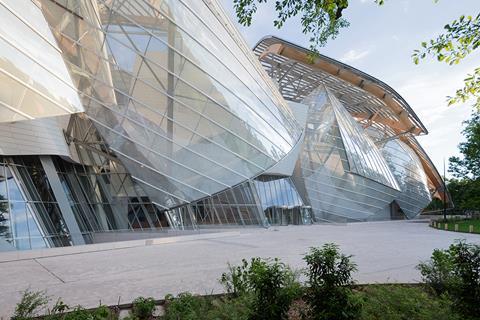 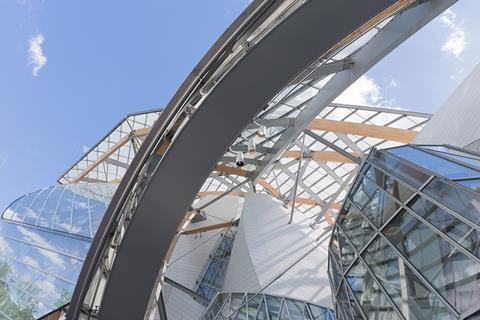 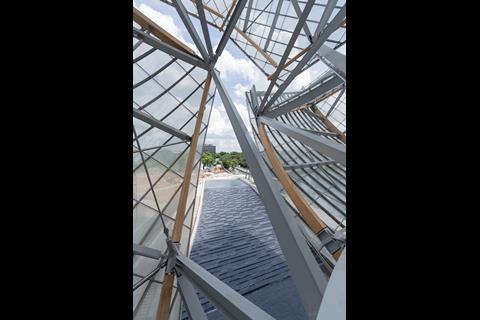 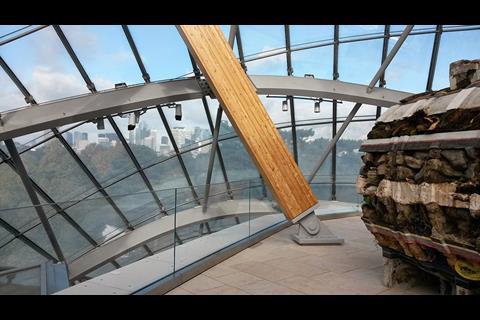 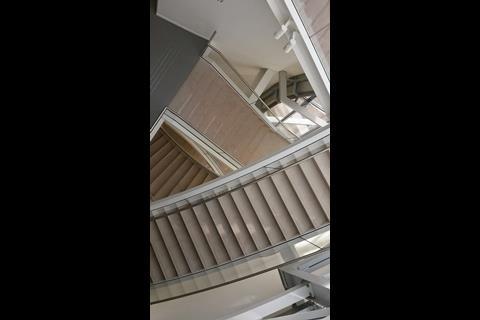 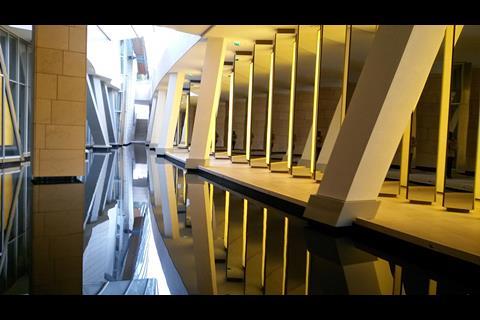 A permanent art installation of mirrored, illuminated columns combines with a sunken undercroft pool to create one of the gallery’s most dramatic spaces 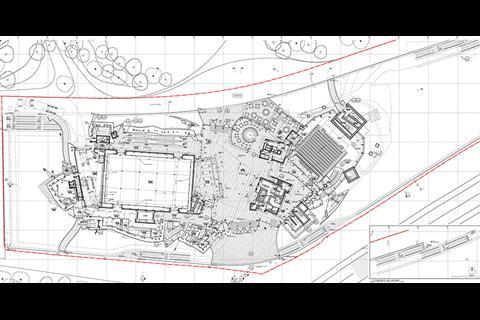 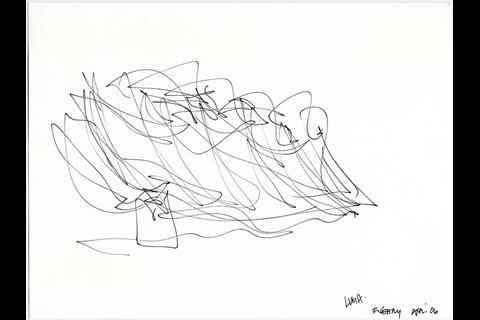 A new Frank Gehry-designed art gallery is set to open in Paris this week - the Louis Vuitton Moët Hennessy Foundation for Creation (LVMH Foundation) built at an estimated cost of £80m.

The LVMH Foundation lies on the edge of the Bois de Boulogne, the French capital’s second-largest park, and while privately owned and funded, the new art gallery will be donated to the city of Paris after 55 years. 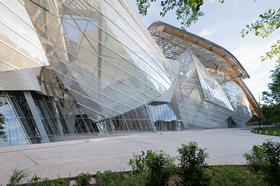 Set at the foot of a dramatically cascading artificial pool, the building works as two separate but interlocking structures. The inner block, known as the “iceberg” is the primary load-bearing structure and supports its own weight as well as some of the weight of the glass and glulam canopies. The iceberg is clad in fibre-reinforced concrete panels. All the panels, like the glass, curve in two directions, ensuring that the frenetic fluidity of the surface envelope is never interrupted.

The encasing glass and glulam structures are known as the “sails”. The glass canopies, which peak at 43m and incorporate an incredible 13,500m2 of glass, are supported by glulam columns fixed to both the ground and the iceberg.

Two types of glass are used on the sails, a transparent version towards the base of the building and a milkier, translucent form as it rises upwards. The translucent glass is fritted to prevent solar glare and, according to Gehry, to superimpose reflections of the park on to the structure.

He claims his building is inspired by Paris’ fabulous tradition of 19th-century glass buildings, such as the Grand Palais on the Champs-Elysees, although local residents who have fiercely opposed the project might not appreciate the reference.