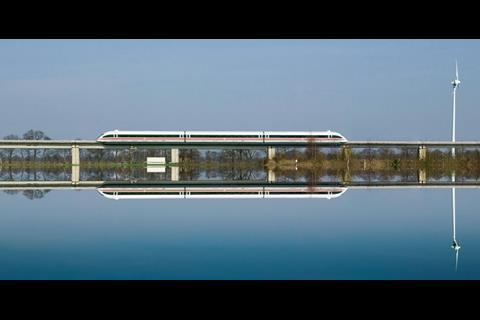 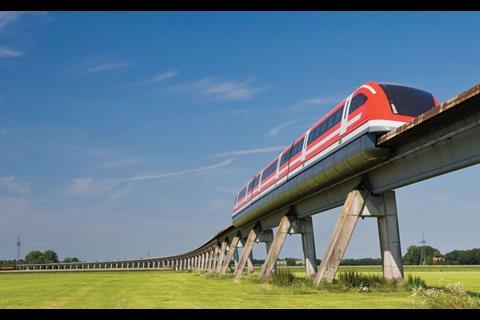 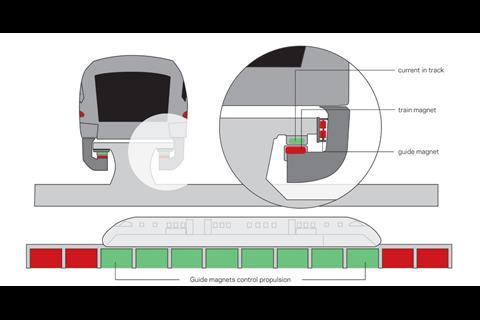 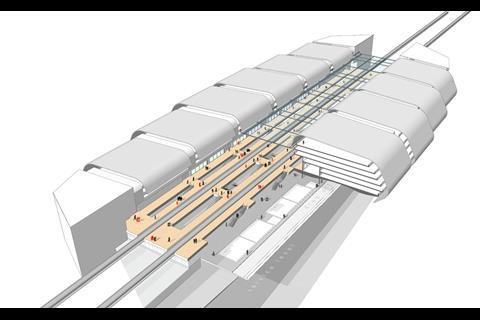 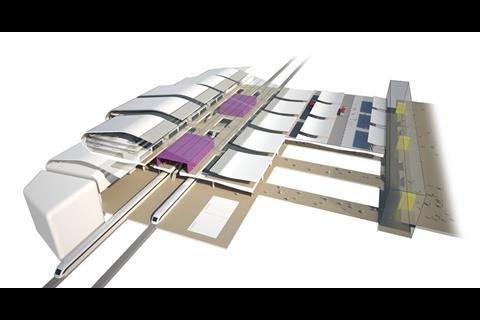 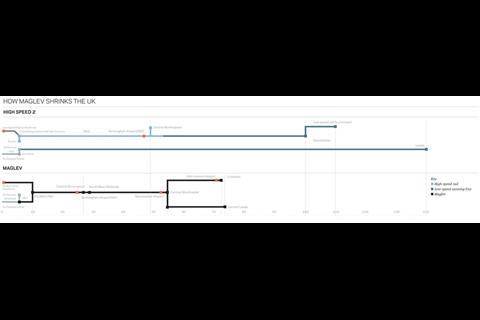 Magnetically levitating trains are faster and quieter than high-speed trains, use less energy and take up a lot less space. So why is this technology still waiting on the platform?

It’s 2026 and Britain’s new high-speed rail network has just been completed. You step onto a train in London and 55 minutes later step off it in Manchester. Of course, you could have also left at Birmingham, 28 minutes earlier, but now you are in Manchester you can spend another 18 minutes to get to Leeds or alternatively 17 minutes for Liverpool. If you had had a more ambitious onward journey, you could also have got off the train at three airports: Heathrow, Birmingham International or Liverpool.

The way things are going, though, the scenario is going to be rather different. According to current plans for high-speed rail links, the journey will take 1hr 40 minutes to get to Manchester, which is 28 minutes less than it takes now. And you can forget about travelling on to Leeds or Liverpool, or getting off at Heathrow or Liverpool airports because the high-speed track finishes at Birmingham and there won’t be a stop at Heathrow.

Actually, the first scenario isn’t fantasy but is based on using magnetically levitating trains or “maglev”, rather than conventional Eurostar-style high-speed trains. According to the proponents of maglev, it costs only half as much to build so we can have a much bigger network for the same money. The fact that the only commercially operational maglev service in the world is a 19-mile track linking Shanghai with its airport hasn’t deterred Alan James, who heads UK Ultraspeed, the body promoting maglev and the alternative routes. “Maglev is faster, better and greener than high-speed rail,” he says. “There is no better place than Britain for maglev; it’s a country with virtually no investment in high-speed rail so we can leapfrog all the other countries that have invested in high-speed rail systems.” Is James living in the realms of fantasy or is maglev a serious contender for a new UK high-speed network?

For a start, James has some heavyweight partners such as Transrapid, a joint venture between Siemens and ThyssenKrup, the company that built the Shanghai system. Ryder has developed concept designs for stations and Faithful + Gould has crunched the numbers. So UK Ultraspeed doesn’t exactly lack credibility.

The technology was rejected by the Labour government James sensed which way the wind was blowing and talked to the Tories before the election; he got their commitment to put high-speed rail out to competition. In a letter written in November 2008, then shadow transport secretary Phillip Hammond said: “A Conservative government, if elected, welcome bids to deliver the high-speed link by consortiums proposing all relevant technologies, including maglev.”

The figures for maglev sound very impressive. The trains travel at speeds of up to 311mph as opposed to high-speed rail’s 204mph. Maglev trains also change speed faster: they can accelerate up to 200mph in a third of the time it takes a conventional high-speed train, and can stop much more quickly too, which means each stop has less effect on overall journey times. According to James, a maglev train uses three-fifths of the energy of a conventional high-speed train when travelling at 200mph.

Maglev trains are also quieter as there is no physical contact between train and track and they can go up 1:10 gradients rather than the 1:25 limit for trains with wheels. This makes getting across the Pennines between Manchester and Leeds financially viable as no tunnelling is needed. Also, maglev trains can go round much sharper corners, which means more flexibility when planning routes.

According to Ian Metcalf, Faithful + Gould’s regional director, who worked on the costs for UK Ultraspeed, travelling by maglev is “absolutely phenomenal”. He has tried out Transrapid trains at a 19.5 mile long test track in Germany. “The train elevates slightly before setting off. We went up to 400kmph and what strikes you is how amazingly smooth it is,” he says.

So why does Metcalf reckon that maglev will cost £30m per kilometre of line, rather than the £60m or so required by high-speed rail? One reason is that maglev takes up much less space as it runs on an elevated track cantilevered over supporting columns. On top of this, the space underneath the track can continue to be used for farming. A high-speed rail corridor needs 25m2 of land for every linear metre of the route whereas maglev needs as little as 2m2 for the piers that support the two lines. Also, less money is needed for security. “Because maglev is elevated, it is inherently secure,” says Metcalf. “On the Channel Tunnel Rail Link they spent an awful lot of money stopping people getting onto the infrastructure.”

Another advantage is that varying the height of the columns makes it easier to smooth out gradients and the piers don’t have to be set at constant intervals, which means it’s easier to avoid infrastructure such as gas and water mains. “There’s a huge cost implication in diverting services, so being able to vary the column spacing to avoid these saves an awful lot of money,” Metcalf says.

These savings mean maglev can extend to Leeds and Liverpool for a build cost of £13.7bn, which isn’t a great deal more than the £12.3bn needed to connect London and Birmingham with high-speed rail. There are other points, too; James is proposing that maglev comes into London’s Stratford terminal via the Lea Valley, which provides a direct link to Europe, Crossrail and the tube and DLR networks. To keep costs down, the Manchester-Leeds section would follow the M62 motorway, which means a park and ride scheme could be built by the motorway.

This all sounds fine and dandy but a big black mark against maglev is that in September 2006, 23 people died on Transrapid’s test track when a train carrying 30 people slammed into a maintenance vehicle at 125mph. Crash investigators put the accident down to human error. Another concern is that conventional rail used Georgian technology, whereas maglev is still pretty untested. The Germans almost built a 280km line linking Hamburg with Berlin but a change of government meant the idea was abandoned in 2000. The Chinese are interested in building more lines and the Japanese are also toying with the idea, but it’s still early days. James suggests this could be tackled by building a 21st-century version of the Darlington and Stockton line, possibly linking Edinburgh with Glasgow.

Those who promote maglev say it is high time the UK took a risk with a new technology and saw it through. Our last attempt to bring our rail tech up to date was the advanced passenger train in 1981. British Rail spent millions developing carriages that tilted as they went round corners to speed up journey times on Britain’s bendy old network. Journalists on a pre-launch train were sick - the consequence of free booze together with the tilting mechanism not working as intended, earning it the moniker “queasy rider”. Then three trains brought into regular service kept breaking down, so British Rail quietly scrapped it. The Italians took over the patents and Virgin trains bought the fully developed product, the Pendolino, which operates flawlessly on the west coast main line today. James points out that maglev is unusual in that the British invented it but the Germans paid to develop it and the Chinese prototyped it with the Shanghai line. The only risk left is for to build a long distance line and maybe this time that could be taken on by Britain.

Forward motion is achieved by powering up the guide rail which is in effect an unrolled electric motor. The guide rail is equivalent to the stator in an electric motor and magnets on the train are the equivalent of the rotor. The whole system is controlled remotely by a sophisticated operational control system so drivers are not needed. The OCS regulates the power to the track with more current supplied if the train is going uphill or if it is accelerating.

The OCS also acts as the signalling system - the guideway is divided up into sections in the same way as conventional railways. Power is provided only to the section where the train is running and not to the section between trains, so they cannot run into each other. A benefit of the OCS system is that the length of the sections can be easily varied according to the train’s speed.