The building services at 22 Bishopsgate will be run by an innovative integrated system called Smart Spaces, which maximises energy efficiency as well as enhancing flexibility and security 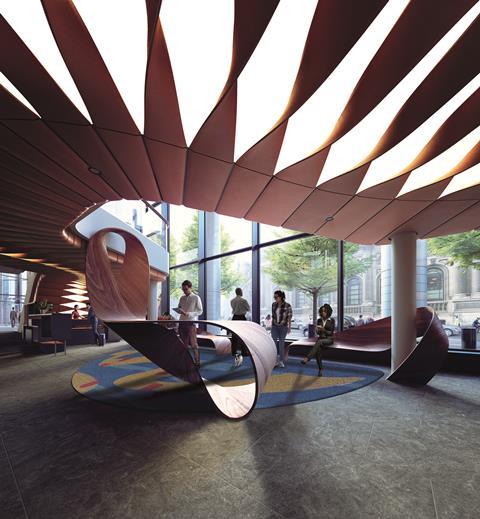 Tenants in 22 Bishopsgate, the 62-storey skyscraper that is set to become the second‑highest building in London when it completes this year, will be moving into a workplace claimed to have the highest smart building standards in Europe.

The office tower, which is being developed by Lipton Rogers Developments for AXA IM – Real Assets, officially topped out at 294m last year and will provide office space for some 12,000 workers – up to 250 on every floor. Its aspiration is to be a vertical village, offering all the facilities tenants’ employees need within the building itself: a fresh food market, laundry facilities, art installations, a bike repair shop, a gym and exercise classes, along with other social and communal spaces.

The scheme has a digital building services system that is designed to deliver an extremely efficient building, and sets high targets for sustainability, comfort and the wellbeing of occupants. The built-in flexibility of the space means it can be adapted to any facilities or office layouts that future tenants might require, while enabling different software systems to plug into it.

Smart technology platform Smart Spaces is one such plug-in, which among other things will use facial recognition to enable employees to access the building without the need for an ID badge, and will also allow them to grant access to visitors using the same smartphone app. It provides an interface with the building’s access control system so that once employees have uploaded a photo and had their credentials approved by the employer, they can exit the lift at the appropriate floor. Once in the building, the smartphone app gives the holder access to those areas they are permitted to use, and it can also be set up so that the user can individually adjust heating and lighting at their desk and in meeting rooms.

Central to this is 22 Bishopsgate’s smart building technology platform. Matt Marson, head of smart places at WSP, which was the engineering consultant on the project, explains how the system was developed: 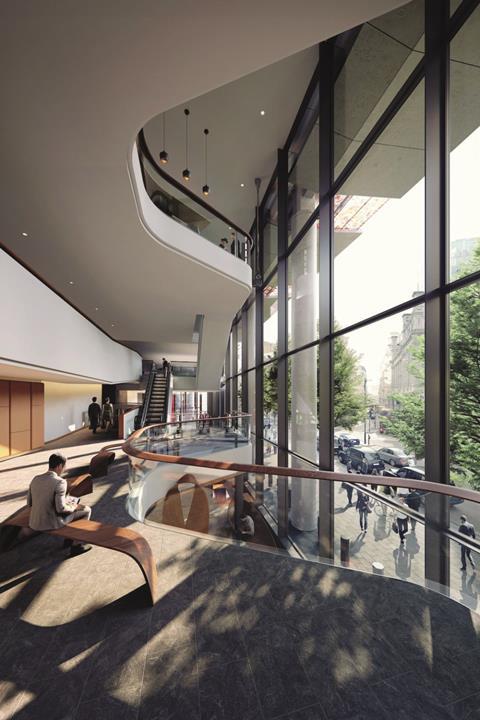 What was the client brief for the smart technology of the building?

There wasn’t a specific brief; it was a question of finding out what the owners wanted to get out of the system and designing something to suit. In the first instance we worked with them to develop a series of standard user cases that would help us find the right solution.

One example of a user case might be if someone has booked a meeting room and doesn’t turn up: you want to be able to turn off the lights and the HVAC and also make the room available through the room booking system for other people to use.

In the past you could probably do the lights and HVAC using a standard building management system, but such a system would not be able to talk to the room-booking software. All these user case scenarios were developed with future tenants in mind. The idea is that as tenants come on board they will be able to “plug and play” their own software into the system, depending on what they want to do.

What were your initial concepts for it and for the contribution it would make to operation of the building?

We came to the solution based on our experience with other smart technology solutions. But there are two things that make this project different. First, the scale: it’s obviously a whopper of a building, and for the system to handle the number of occupants and devices that it does takes something that is enterprise-grade. Second is the fact that it’s a multi-tenanted building – not just from the point of view of the actual occupants, but also the variety of software systems that will be sharing the same structure and common platform.

The main performance parameter was for it to be future-proofed. It is based on Microsoft’s IoT (Internet of Things) platform, hence it uses best-in-class cloud technologies. In practice this means the system will benefit from the continual improvements that are carried out by Microsoft – whether this is improving the speed with which it carries out certain functions, or introducing new security measures or whatever. What we’ve done is essentially elevate what would have been traditional building control software into the world of webtech. 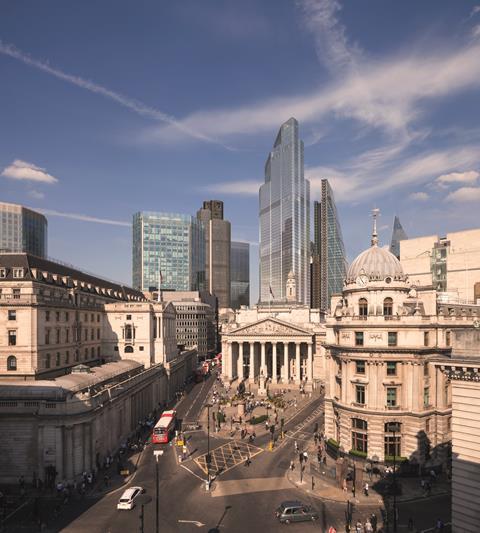 What planning issues needed to be considered?

It was a case of being confident that what was in place was appropriate for what we wanted to do – so this would be things like the quality of the network, making sure the equipment was suitable, and in particular looking at labelling and naming conventions so that you’re not getting overly complicated labels for data sources that don’t mean anything or make them difficult to identify. Making sure we had the right levels of protection for effective cyber security was another issue. There are also all the issues surrounding integrity and security: multiple tenants have to share the same platform while still keeping their data secure and private.

What were the budget constraints?

Budget was not really an issue; it was more about ensuring functionality. There was obviously a capital cost to developing the system but that’s a tiny percentage compared with the overall building cost. The tenants can buy into the smart functionality and will be charged on a usage basis.

Describe the solution and why you chose the final system

It has a couple of different components that help to make it a smart building. The first one is that it uses a platform from Microsoft called Azure Digital Twins, which is the buildings form of their IoT platform. And that platform has a lot of functionality that enables it to understand all the data generated across the building and put it into the context of a machine that a person would understand. The fact that you want to have the building management system talking to lots of different types of software, not just standard building controls, is where the IoT platform comes in.

The important thing is to have a system in place with the flexibility to be able to plug in lots of different things, so that as you get new users, or new pieces of software coming online, it has the right interfaces in place to cope with that. A key consideration was to future-proof the system, and this is why we chose to use the Microsoft IoT platform. The purpose of buying something on an IoT platform – and why that’s above and beyond the standard building control software – is that you can mix and match with anything.

One of the pieces of software that we developed is a system that uses machine learning and data analytics to examine the way that the building operates and look for opportunities to make energy use more efficient. The idea is that it takes a snapshot every couple of minutes of all the data from the mechanical and electrical systems across the building, and uses machine learning to look at ways you could improve energy efficiency with low, or no, capital expenditure. It’s basically about looking at how the building currently operates and trying to make it better.

The biggest source of value in the system for the building landlord is in terms of energy, carbon and security. 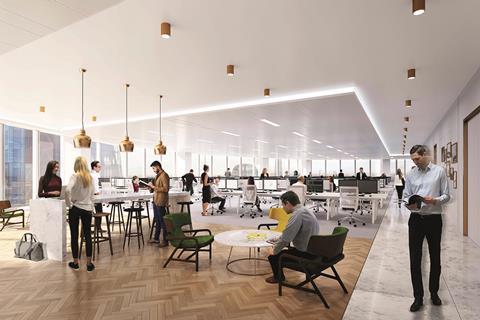 Were there any specific issues or challenges realising the final scheme?

It was certainly made more straightforward by being a new-build, rather than having to deal with existing networks, although in this case the design work started years before the client made the decision to go smart.

It’s also important to make sure that the staff who are going to be using the system understand what the platform is and how it works – we run a 15-hour training course called Smart School, which covers things like what is the IoT, how do you build a mobile app and so on – basically it promises to turn you into a digital ninja.