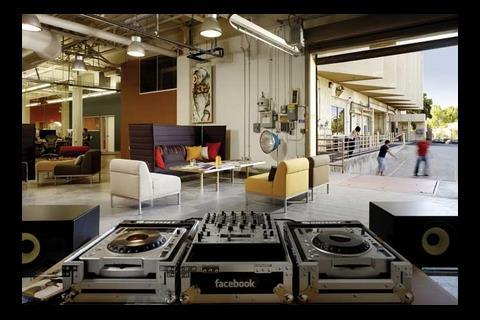 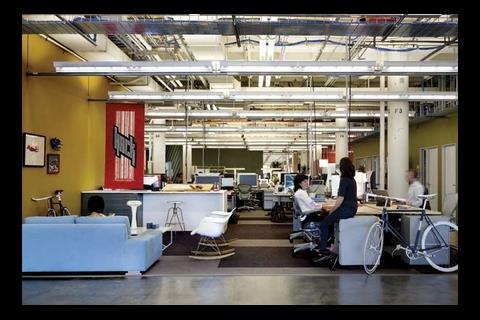 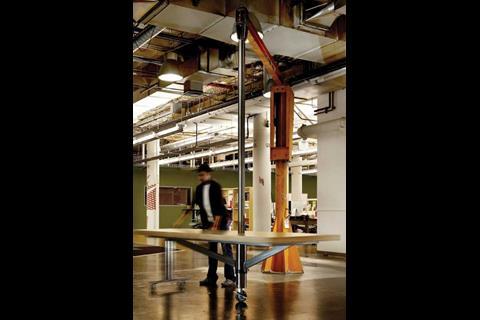 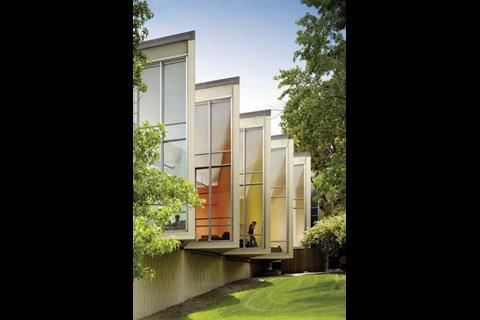 This former laboratory in Palo Alto, California has been transformed into Facebook’s new corporate HQ

This building is proof that people who run trendy web-based businesses do work in offices just like everybody else. It’s just that those offices aren’t like anybody else’s.

Until recently the employees of social networking site Facebook did inhabit a semi-virtual world, being scattered around 10 locations in downtown Palo Alto, California. Now, all 700 have been brought together under one roof.

The 130,000ft2 building is a former laboratory and has been transformed by San Francisco interior design firm Studio O+A into a temple of post-industrial chic that would be easy to dismiss as a cliché if it didn’t look like the sort of place you’d really like to work.

Although employees are now united in one place, they wanted to maintain a sense of their former identities, so O+A has created 10 separate “neighbourhoods” in one open-plan space. There is a tremendous variety of colours, textures and hard and soft surfaces that makes it the antithesis of the standard corporate office. Staff are also free to personalise the spaces by bringing in their own artwork, moving the furniture around and – appropriately for Facebook – writing on the walls.

It’s got all the stuff offices have, including a boardroom, plenty of breakout spaces, a cafe and a restaurant. There are fun elements too, including an indoor ping pong table, an outdoor basketball court and a music mixing desk. In a nod to the building’s industrial past an old crane has been turned into a support for a table.

Inevitably Facebook itself was used to help design the building. The site was used to poll employees about design decisions, and photographs and updates on the progress of the work were regularly posted.

So now Facebook has equipped itself with a proper HQ, all it has to do to complete its corporate transformation is to start making some money …