The advantages of lime pozzolan

Lime pozzolan concrete’s environmental and flexibility advantages could make it a revolutionary replacement to conventional concrete types. But the foundations of this ‘new’ material can actually be traced back to ancient history 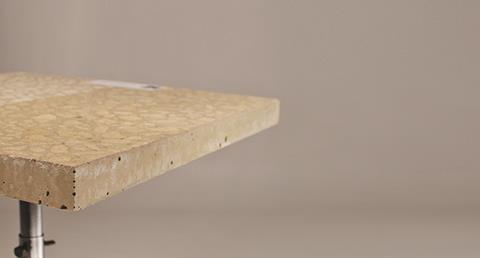 When a new material starts garnering interest among the building sector, you don’t often expect to find that its origins date back to a manufacturing process around 9,000 years old. But this is indeed the case with a new construction material being developed by the UK office of Danish engineering consultants Ramboll that could prove revolutionary.

Lime pozzolan concrete aims to be a more sustainable, low-carbon alternative to Portland cement and similar conventional examples of reinforced concrete. It is based on an ancient cement binding technology that combines naturally occurring pozzolanic materials - such as volcanic ash - with slaked lime to produce concrete that can be hydraulically set.

This new concrete type has been developed during a five-year doctoral research project that has seen it rigorously tested in order to evaluate its structural and decorative capabilities, and challenge the common perception that lime-based building materials are weaker and slower to set than Portland-based cement alternatives. Accordingly, the new material displays a similar 28-day strength capability to Portland cement, around 50MPa.

But it can also offer significant carbon savings. A prototype polished lime pozzalan concrete floor developed during the research process used 60-70% less embodied carbon than a typical CEM1 concrete floor. CEM1 is the most common kind of Portland cement found in most precast and ready-mixed concrete.. 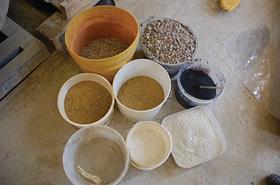 While lime pozzolan has yet to be deployed in entirety on a building project, it has been identified as a material that could end up playing a significant role in the future of construction, and was selected as one of a handful of innovative future materials at London’s Ecobuild conference in 2013.

The earliest known use of the technology is a lime-concrete floor discovered in southern Israel in 1985, thought to date back to around 7,000BC. It is the Ancient Greeks who are thought to have established the technology, with evidence of its use found on the construction of the Parthenon temple in Athens.

But it was under the Romans that lime pozzolan concrete flourished, with several important structures from the period, including the Baths of Caracalla and the Pont du Gard aqueduct in southern France, constructed using the system. The collapse of the Roman Empire brought use of the product to a halt, until it re-emerged in the 18th and 19th centuries - when it was used on British buildings such as the Houses of Parliament, Westminster Bridge and the British Museum.

But the emergence of Portland cement at the start of the 20th century - when it was thought to be stronger and quicker setting - once again sounded the death knell for lime pozzolan and the technology has fallen out of use ever since. Until now.

While the new iteration of lime pozzolan is clearly based on this ancient construction process, Ramboll’s Dr Ellen Grist, who compiled the research doctorate that developed the current lime pozzolan prototype, is keen to point out that it is not merely the reintroduction of an old material. “It’s an ancient technology but with a modern twist,” she says.

These “modern twists” are key to the advantages that Ramboll maintains lime pozzolan offers. The first is its flexibility, as Dr Grist explains: “Lime pozzolan is not single material but a new binder technology that could be the basis of a whole range of concretes with different performances, structural strengths and decorative characteristics.”

The exact composition of the “binder” materials that constitute modern lime pozzolan is a modern variation of the technology that reveals another important advantage. Historically the lime in lime pozzalan was combined with volcanic ash or naturally occurring pozzolanic materials. 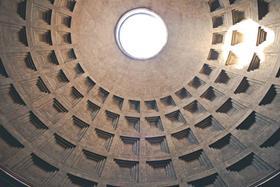 However, the new permutation of lime pozzolan is able to substitute volcanic ash for all manner of similar fine-grain waste products, both natural and industrial. “We can now incorporate all kinds of aggregate waste into the lime pozzolan manufacturing process” explains Dr Grist, “including household waste as well as waste from industrial processes. Moreover, as the technology develops, there is also potential to include other waste products or produce regional waste solutions that can optimise the vast range of natural pozzolanic materials found in local geological contexts.”

The actual manufacturing process required to create lime pozzolan is also cited as a significant benefit. Lime is formed at a significantly lower temperature than Portland cement. This means that its production requires less fuel and energy than other conventional cement types, which offers a clear environmental benefit. It also increases the possibility of alternative renewable fuel sources being deployed.

The actual manufacture of the hydraulic lime components within lime pozzolan is also significant. Lime is a natural material but it is mixed or “slaked” with water to produce lime pozzolan. Slaked lime maintains natural chemical properties that enable it to disintegrate easily, which means that only 25% of lime pozzolan requires the traditional grinding process normally needed for the manufacturing of cement. 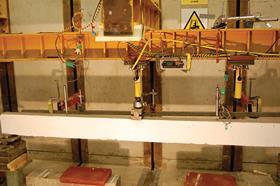 However, Grist is keen to point out that while lime pozzolan is clearly different to Portland cement and other conventional cement alternatives, it is not so different as to harm availability or unduly complicate the manufacturing process. She notes that it’s “actually based on the same raw material as Portland cement and therefore does not represent the radical shift that sometimes makes new technologies difficult to adopt”. And of course limestone, its core ingredient, is a naturally occurring product.

The reliance on lime presents a double-edged sword, one which Grist readily acknowledges. On one level, as a natural product lime offers environmental benefits and is also a common core ingredient in many traditional materials employed in heritage buildings, thereby revealing an instant, ready-made potential market from which lime pozzolan could well gain commercial capital.

But lime is also expensive, which, for now, makes lime pozzolan more expensive than its key Portland cement competitors. “The Portland cement market is vast,” Grist points out, “and they have a disproportionately large industry presence with all the associated economies of scale and cost advantages that that brings with it. But as lime pozzolan and other natural alternatives hopefully begin to grow a bigger share of the market and develop their own economies of scale, price will inevitably come down. And of course the energy savings accrued by lime pozzolan also present a cost advantage, too.”

But there is one final exciting prospect that could genuinely identify lime pozzolan as an innovative product of the future. Lime is a remarkably efficient and effective natural absorber of carbon dioxide, which, for Grist, opens up the possibility of developing a new kind of “natural” concrete.

“Lime pozzolan could potentially present huge sustainability performance benefits in the form of self-healing concrete that, by using its natural lime constituents to absorb carbon dioxide, could sequester carbon emissions. It could lead to carbon-storing building structures that, quite literally, breathe.”