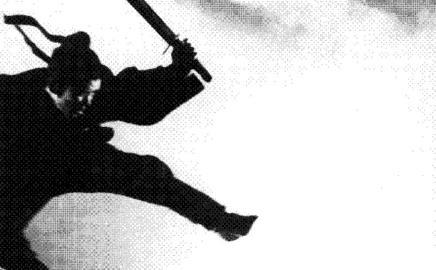 Every week Building.co.uk features a handy guide to answering APC interview questions for trainee surveyors. For more, visit the website, but in the meantime here’s one of our experts, Alastair Bloore, with some high-flying ideas about dispute resolution. Steady on there, tiger …

Explain what you understand by arbitration, as opposed to other forms of dispute resolution procedures?

The candidate should seek to demonstrate a basic understanding of the key dispute resolution procedures including:

Explain in greater detail the key differences between arbitration and litigation procedures?

At this level the candidate needs to show a greater level of detailed knowledge of each procedure and be able to put together a reasoned comparison of the two.

Arbitration: Arbitration was always the forum for disputes involving specialist or technical knowledge. The most important legislation was the Arbitration Act 1996.

In order to arbitrate, there must be agreement by both parties. The arbitrators and the parties have a wide degree of discretion as to the way in which the proceedings are conducted.

Generally, though, it follows a procedure much like that in litigation, that is, formal submissions by the parties, expert evidence, hearings and then a decision by the arbitrator. Key advantages of arbitration over litigation are:

Litigation: Litigation involves the presentation of the respective arguments in the courts. It is a public process and therefore there is a lack of confidentiality. The process must follow the statutory procedure which in the civil courts is known as the civil procedure rules (CPR). Key advantages of litigation over arbitration are:

Why to you think the JCT2005 suite of documents has dropped arbitration in favour of litigation as a form of dispute resolution?

Arbitration is intended to have several advantages over litigation, namely it is private, and arbitrators would generally have practical experience of construction or construction law. It is also meant to be cheaper, but as the parties have to pay for the arbitrators and the venue, it rarely works out cheaper in practice.

Despite the well-drafted and clear Arbitration Act 1996, in recent years the procedure has been getting more and more like litigation, with arbitrators following the civil procedure rules even closer.

Over these years litigation has also improved. Judges at the Technology and Construction Court (TCC) are often construction specialists or have become familiar with construction by working at the TCC. Sweeping changes to the rules of courts following recommendations from the Woolf Report – the civil procedure rules – have improved the speed of litigation, reduced the cost and improved the chances of early settlements, particularly through mediation.

The increased use of the adjudication process has also meant that not so many cases reach the courts and hence the TCC has capacity to hear trials with less delay. Adjudication is not dissimilar to a simplified arbitration process and so has further taken away some of the advantages of arbitration.

Improvements in the litigation process and the increased use of adjudication have eroded the benefits of arbitration and resulted in a gradual reduction in its selection. The use of the JCT amounts to well over 50% of all standard forms and is a major driver in the use of particular dispute resolution procedures.

Although it is still possible to select arbitration in favour of litigation (litigation is the default procedure, not the only one) most contracts are largely unamended and hence litigation is increasingly selected. It should, however, be noted that JCT is largely a UK contract. Arbitration is still widely used and can often be the best solution internationally, particularly in parts of the world without a reliable legal or court system.

Building’s APC advice is intended as a guideline only and should not replace your own study.

Share your APC woes at Phase One, Building’s networking event for new professionals in construction, which heads to Birmingham on 21 February. Sign up at www.building.co.uk/phaseone