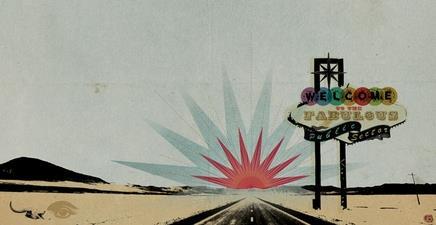 It might lack something in glamour, but right now the public sector is proving to be one of the few hotspots in a barren landscape. No wonder many construction professionals are pulling in for an extended stay

For the first time in his career, Jon Milner is doing what he thinks of as proper surveying. Until last September, he spent his days driving around in a company car producing mortgage valuations for chartered surveyor e.surv.

Then he was made redundant, and took a temporary job at Chesterfield council. Now he is responsible for re-roofing two council properties and spends his days on site. “I’m dealing with brickies and sparkies, and getting back to how property is actually built,” he says. “The camaraderie with your colleagues is great – they’re a cracking bunch of people to work with.”

This job was supposed to last three months, but he has now been there for eight, on a rolling contract. “At first, it was just to get me back to work – I’d be climbing the walls if I was off work for more than two weeks – but it seems to have gone on and on and on,” he says. “Councils have the same amount of work as private companies and they don’t have the same issues with budgets.

“To be honest, the money will probably drag me back to the dark side, but I won’t enjoy myself as much as I do here.”

On a temporary contract, Milner gets few benefits and he is earning only a third of his previous salary. He has applied for several permanent jobs at Chesterfield and Rotherham councils, but the market has become much more competitive in recent months. “Quite a lot of people are sheltering within local authorities at the moment,” he says. “Now there are 20 or 30 people going for every council job – people you wouldn’t expect, like fund managers who used to be down in London.”

Milner is one of a fast-growing number of construction professionals who are discovering there is life outside the private sector. As wave after wave of redundancies hit the building industry, many people who would not have contemplated working for public bodies are finding fulfilling new jobs in the most unlikely places. While before candidates used to turn their noses up at the idea of working for a council or healthcare trust, now those organisations are spoilt for choice and able to be a lot more picky.

The government’s building programmes in education, healthcare, transport and regeneration have been a major hub of activity for the industry over the past 10 years anyway. But now, as the commercial and residential markets here and in Dubai crumble, they’re the only thing keeping many people in work.

And public bodies may remain the biggest game in town for some time to come. Alistair Darling’s budget last month was considerably more parsimonious than previous spending announcements, but it still contained the promise of continued investment in education, housing and public buildings until 2012. In theory at least, this will mean a continuing supply of jobs, not only in the public bodies commissioning jobs, but in the private-public partnerships often set up to administer them and the private companies actually doing the work.

In fact, the public sector is a vast place, with many hidden opportunities. Most of the industry is familiar with the government’s education and healthcare building programmes, but the contracts to carry out essential maintenance and upgrades to property across local authorities and government departments, and the many steady jobs associated with these, get less attention. Contrary to what is happening in the rest of the market, public sector recruiters say there has been no let-up in activity. “I see it as a pretty buoyant sector,” says Richard Gelder, public sector director for Hays Construction & Property.

To be honest, the money will probably drag me back to the dark side, but I won’t enjoy myself as much as I do here

A straw poll of recruiters in the public sector found that project, programme and facilities managers are in particular demand. There are fewer pure new-build-related roles, but anyone with experience of designing and building public sector buildings or transport infrastructure will be at an advantage, as will those specialising in energy-efficient buildings.

Unfortunately, the public sector has always suffered from an image problem – it is seen as poorly paid, undynamic and, basically, not that exciting. But these concerns have been sidelined by the stability it offers. Candidates now see these jobs a safe haven in which to seek shelter while the global financial storm rages outside.

Hays surveyed 800 job seekers in December and found three-quarters of private sector workers were more likely to consider a public sector job since the economic downturn. Greater job security was the most common reason given (73%), followed by a better work/life balance (59%) and better benefits (37%). More than half said they’d take a pay cut – some up to 20% of their salary.

But they might not have to. Public sector salaries may be lower, but they have remained steady while pay and bonuses in the private sector have dropped. Furthermore, while some may find the work less thrilling, when it comes to benefits like flexible working, annual leave and generous final salary pensions, the public sector far outstrips the private realm.

“Generally, you get a good overall package if you work for the public sector,” says Gelder. “At a certain time in your life a good pension, flexible working and good holiday sounds pretty appealing.”

Those who’ve moved from private to public do seem to appreciate the change in culture. “The conditions are much better,” says a former project architect who now works to protect historic buildings. “The working hours are much more flexible. In private practice overtime was more or less expected. In my current post we operate flexible working hours, which helps with a work/life balance.”

All these factors have transformed the public sector job market into a very different place from a few years ago. Recruiters would have struggled to find people to work in the public sector during the boom years, and there was little choice of applicants. Now, unaccustomed to such riches, public sector bodies are taking much longer to process the wealth of applications they’re receiving. This also means they can afford to be much pickier. At property recruiter Cobalt, co-managing director Timothy Rowe says the time typically taken to fill a position has stretched from six or eight weeks to 12. “It’s back to being an employer’s market. But it’s not a dead market – just a selective one. Organisations have a choice at the moment, so you have to have the right skills.”

This is the message from recruiters across the board. “If you’ve got really good healthcare construction skills, you can still find a job no problem,” says Lindsay Urquhart, managing director at Bespoke, which recruits architects. “But we’re finding organisations being very specific about what they want – they’ll say, ‘I want someone with PFI experience’ or ‘someone who has worked on Building Schools for the Future projects’. They can afford to be really choosy.”

As an aside, she notes that 40% of applicants for design jobs don’t send work samples with their applications – they don’t realise it, but these usually go straight in the bin. She thinks candidates fresh on to the market don’t realise how tough it has become. “Eighteen months ago, they could be very rigid about where they wanted to work. In this market, they need to be a bit more flexible. People are still in the same mindset as they were last time they looked, but it is much more competitive.”

Richard Gelder believes that to succeed in the public sector, employees have to adopt a different mindset. “There is a wider social agenda behind public sector work, so they have to understand that it’s not about just building for the sake of it. It’s about the group that lives in and uses those facilities. That might drive some people nuts, but the people I’ve seen succeed generally find it very stimulating.”

you get a good overall package. At a certain time in your life a good pension, flexible working and good holiday sounds pretty appealing

The working process can, indeed, be very different. Our former project architect enjoys what some might find a restrictive environment, with clear policies for making decisions and closely monitored targets to work to. “There’s more support,” she says. “In private practice, you felt you were on your own more. Here, it’s never just my decision, and there are policies we have to adhere to, so it’s easier to argue a difficult case. It can be very demanding, but in a different way from my previous position.”

She has taken a slight pay cut from private practice, but she feels it is worth it and plans to stay put for the foreseeable future. “In private practice you have to do what your client wants, even if it feels like you’re not providing a good quality scheme,” she says. “Here, everything we do feels like a positive thing and we’re doing it for the correct reason. I like it for that.”

Inventures used to be part of the Department of Health. It is now a private company, but most of its work involves project and programme management for NHS building projects. Last year, its turnover rose by 48%, and David Lawrence, its chief executive, says its ambition is to double again over the next three years – if he can find the right people.

Inventures employs 75 staff, has 40 associates, and is currently recruiting a clinical redesign specialist, designers and engineers to work on low-carbon buildings and accountants with expertise in carbon accounting. It is also looking for commercial managers to help NHS bodies, as service provision is split from commissioning.

Since the recession, Lawrence says, there has been an upsurge in applications from private sector workers, and he is open-minded about what he is looking for – specific healthcare experience isn’t necessary, as long as people have the core skills and an adaptable mindset. “We’ve been looking for people with good programme and project management skills, and then getting them to use these skills and adapt them to work differently.”

Inventures aims to not only build for the NHS, but to challenge clients on what sort of buildings they need and help them adopt progressive ways of working. A good knowledge of the market and the ability to think creatively will set candidates apart.

Lawrence also challenges applicants to think more creatively about applications. “We’ve had a few inviting us to look at their Facebook pages and a few surrogate ones, where people say, ‘I’m not for you but my friend would be great’. One guy said, ‘I’ve done a case study of how I’d deliver a project for you’. It was completely off the mark, but it didn’t matter – it showed us he’d been thinking about it.” He got the job.

One of the biggest challenges for private sector defectors is adapting to the touchy-feely working style of the NHS, and dealing with a wider variety of people. “You may have good interpersonal skills, but adapting them to healthcare can be a challenge.” says Lawrence. “Is your approach the same with a contractor and an orthopaedic surgeon?”

“I’ve got someone who was working as a surveyor, dealing with property clients, before the bottom fell out of the commercial market. Now he’s working with consultant psychiatrists. If you’d said to that person 12 months ago that he’d be sitting in a room with consultant psychiatrists, he would never have believed you, but he’s really enjoying it.”