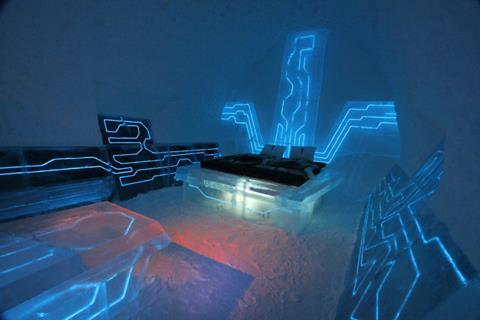 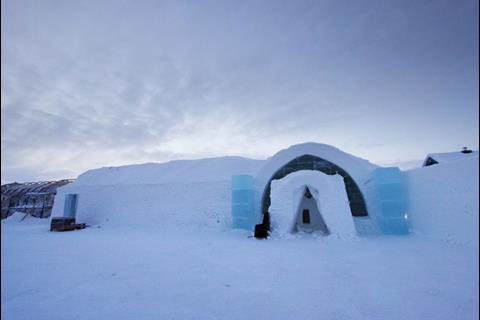 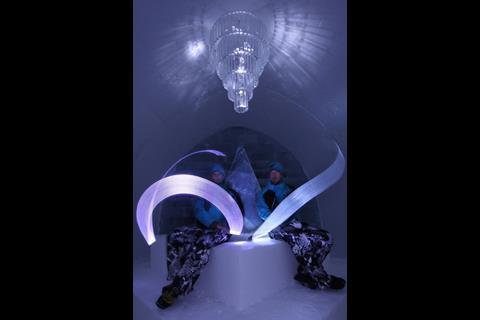 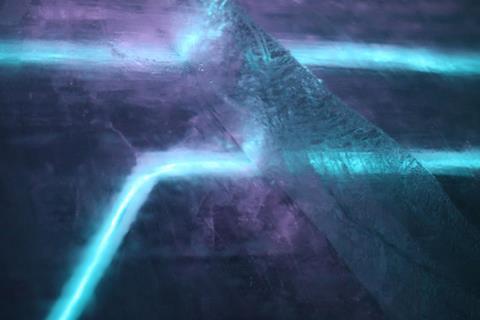 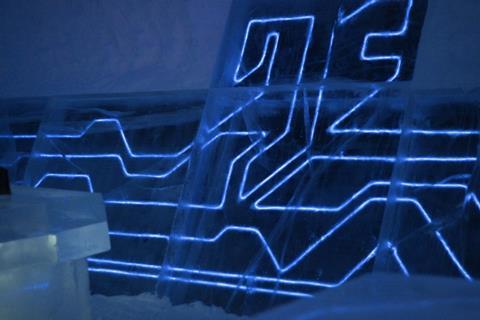 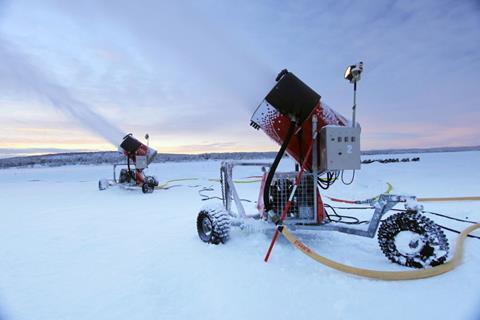 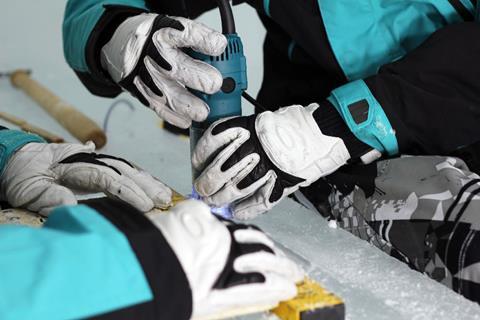 A recent architecture graduate from the Royal College of Art has teamed up with another emerging British designer to create The Legacy of the River, a temporary futuristic ice suite in Sweden’s famous Ice Hotel just 200km into the Arctic Circle.

The competition takes place each year attracting a mix of experienced returning artists and young designers. The Legacy of the River will be one of 19 unique ice suites that will live for four months after which they will melt and the water returned to the Torne River. In that time, the hotel expects some 60,000 visitors.

Architect Ian Douglas-Jones founder of I-N-D-J Architecture + Design and Ben Rousseau of Rousseau Design were inspired by Disney’s latest Tron: Legacy. Working in harsh conditions – some days reaching as low as 32°C - the duo translated the film’s futuristic sets and dramatic lighting, completing the scheme in Jukkasjärvi in just 12 days.

“We used ethnology never seen in the hotels 21 year history. High-tech aesthetic and strong geometries are also a feature that set it apart,” explains Douglas-Jones. “However, the hotel is famed for its diversity, and each year there is a plethora of different designs. It’s this variety and creative energy that attracts us as designers to the project.”

Rousseau and Douglas-Jones used ice and snow as their principle material. “In order to realise our concept and act as total counter point to the prevailing natural material we used a little know high-tech light source: electro-luminescent wire,” notes Douglas-Jones. “This stuff uses organic phosphors so when charged it gives a very consistent light, perfect for this application.”

Crucially, the wire uses negligible energy, ideal for a suite that had to be lit for four months. Douglas-Jones explains: “We grappled with how this was going to work in the ice as EL is greatly affected by moisture – not great when your main material is water!” The team came up with a solution to protect the wire and enable it to be embedded in the ice to give the straight lines they wanted.

The duo are now in the midst of editing the footage they shot at the hotel for a forthcoming pilot Extreme Design All Conditions, with part of the mini trailer currently screening on the Discovery’s internet channel.

Please send your designs to nargess@me.com.