He's back: Lord Falconer returns to the Thames Gateway 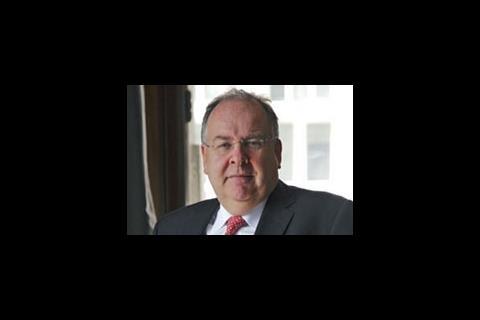 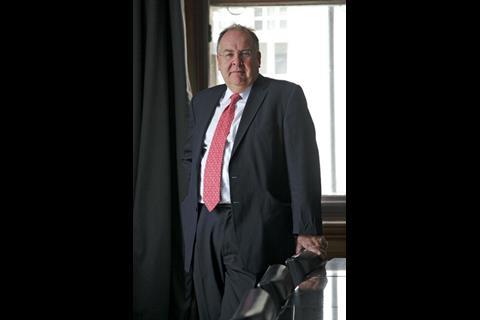 Lord Falconer has unfinished business at the Thames Gateway – but given the recession, axed transport projects and scant progress since he worked on the scheme six years ago, can even this ‘heavy hitter’ get things rolling?

At 5pm on 12 June 2003, Charles Falconer – the then housing and regeneration minister – was chairing a meeting of the Thames Gateway Strategic Partnership when he was interrupted by his assistant telling him he’d got a call – from the prime minister. “Excuse me,” he said to the ministers and council leaders, “I’ll be back in a few minutes.” But he never returned. By the time he next sat down, he was lord chancellor of the UK, swapping regeneration for radical reform of the British constitution.

It has taken six years for Falconer – officially Baron Falconer of Thoroton – to pick up where he left off. Last month, he engineered the relaunch of the Thames Gateway London Partnership (TGLP), a pressure group he chairs that represents the London boroughs inside the Gateway to the national and London governments. Meeting on the eve of the relaunch, he says: “There’s a sense I have of unfinished business.”

Unfinished business is an appropriate term for the Gateway. The scheme to build 160,000 homes and create 225,000 jobs in a corridor starting at east London and ending on the Kent and Essex coasts has never looked more difficult. With transport projects cancelled, housebuilding devastated by the recession, and a London mayor who looks ambivalent at best towards the whole idea, it’s hard to see why revisiting his old stomping ground was a welcome prospect. So why is he back?

Falconer is a man with many skills to bring to the table. A lawyer by profession, his day job is at the Dickensian-sounding firm Gibson, Dunn & Crutcher. Indeed, it was while working as a young barrister in Wandsworth in the seventies that he shared a flat with friend and future prime minister Tony Blair.

At the end of last year, Falconer was approached by the TGLP to return to the Gateway. “I leapt at the chance,” he says. Why? “The Millennium Dome, the Thames Gateway and housing were the areas, almost of anything I did in government, where I saw the most opportunities for real progress. An area where I felt I could make a difference. I was very keen to get back.”

His enthusiasm to return is matched both by his new colleagues in east London councils, who have positive memories of his earlier stint, and by the private sector. Will McKee, chair of developer Tilfen Land as well as one of the development corporations, says: “He’s an intelligent man and a serious politician. He knows the way the world goes round.” Meanwhile, Conor McAuley, cabinet member for regeneration at Newham council and deputy chair of the TGLP, says he is pleased to have a “heavy hitter” back at the group, after a difficult couple of years.

Falconer could be forgiven for greeting the mention of “heavy” with a wry smile. Dubbed “Lord Fatty” by the more feral elements of the press during his tenure at the Dome, he was also derided as the archetypal “Tony’s crony”. (Among his claims to fame, he says, is the dubious honour of being the only minister in history to have had all the UK’s national newspapers call for his resignation on the same day, following a particularly torrid week for the Dome.)

Almost of anything I did in government, the gateway was an area where I saw the most opportunities for real progress

Falconer doesn’t mince his words on the current success, or otherwise, of the Gateway programme. “There is cynicism in some parts of the private sector and some parts of the public sector. If you have an idea like the Gateway that stretches over 10, 20, 30 years, people get tired of hearing it after a while. The second reason is there’s a great clutter of organisations dealing with the Gateway. Progress has been disappointingly slow.”

Aside from the recession, his most immediate problem seems to be a mayor who has cancelled three transport projects vital to the Gateway in the past year. Last autumn, the planned Thames Gateway Bridge and extension of the Docklands Light Railway (DLR) to Dagenham Dock were canned, and just last month the proposed Greenwich Waterfront Transit scheme was cancelled.

TGLP members are clearly angry at this obstruction, worried that Boris Johnson is more concerned about the wealthy suburbs than areas whose inhabitants are unlikely to vote Tory in large numbers. McAuley says Johnson doesn’t “understand the Gateway”. Falconer, however, claims not to share this view, and is, at least, more politic. “I was very disappointed by the decision on Greenwich. I just hope it’s a short-term funding problem, not a long-term lack of commitment. They say they are committed to the Gateway and we have to take them at their word.”

And to push the project forward, Falconer can make use of his own considerable political clout. Substantial though his skills are, it is his unparalleled contacts from a decade at the top of the political tree that make him most desirable to the TGLP. His first act has been to pare down the remit of the organisation to focus on housing, skills and transport infrastructure. At the moment, it is the axing of the DLR extension, with its disastrous implications for the 10,000-home Barking Riverside scheme, that is taking most of his day-to-day attention. Despite the fact Falconer can report no progress on getting it funded so far, he isn’t downbeat.

In fact, Falconer insists that the Gateway is in good shape, and is optimistic that private sector cynicism can be dispelled – by public sector delivery on major schemes. “The Olympics and Crossrail are gigantic projects by any standards,” he says, “giving a degree of regeneration and growth that you wouldn’t realistically expect in double the time, even in good years. So we are in a very good place in the Gateway at the moment. The atmosphere, the climate is bad, yes, but we in the TGLP need to take advantage of what we’ve got.”

It seems as if, ultimately, it is this public commitment that has given Falconer the confidence to return as well. And for all those involved in the regeneration plan, one can only hope he starts to have some success.

For details of the Thames Gateway Forum, to be held on 3-4 November at the O2 in Greenwich, go to www.thamesgatewayforum.com