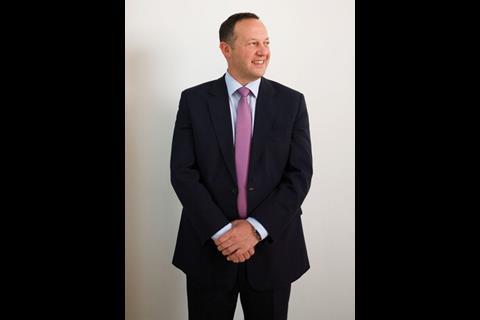 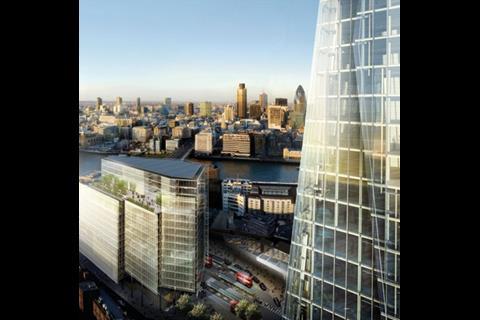 "We needed a high-profile project to prove Mace would take risks. The Shard will be the most iconic project in Europe; it’s put us on the map..."

Thirty years in construction, 16 at Mace – more than four of them as chief executive – but Stephen Pycroft has never given an interview… until now. Emily Wright talks to him about sale rumours and why he’s not sunning himself in the Bahamas

A tiny blonde lady is struggling to get into the lift at Mace’s Camden offices. She is obscured from the chest up by a vase of exotic red flowers. “I’ve had to steal these from reception for the room in which the chief executive is being interviewed,” she explains wearily, balancing the load precariously on her knee to punch in the floor number. “They are worried it looks too bare, or too white or something.”

The chief executive she is talking about is Stephen Pycroft, the interview is with Building and the flower crisis is probably one she was meant to keep to herself.

It is good to know they’re making an effort, though. The fact that this is Pycroft’s first ever interview might have something to do with it. Although he is well known in the industry, he has always strenuously avoided the press. But now, after more than 30 years in construction, Pycroft is ready go public.

“I don’t do interviews,” he says in his gruff Yorkshire accent, putting the carefully positioned red flowers on the table behind him. “But I’ve decided to do this one because Mace is changing rapidly and in the past six months there have been rumours circulating that we’re up for sale. So I thought it’d be best to set the record straight.”

But first he sketches in a little background about how his career began. When he was 18, he worked as a site labourer in his hometown of Bradford and decided construction was for him, although not without some paternal guidance. “My father sat me down and said, ‘it’s not the guys digging the holes that make the money – it’s the people managing them’.”

So Pycroft did a degree in quantity surveying and moved to London to join Bovis. It was here he met future Mace founder Ian Macpherson. “I spent a year in that office arriving 15 minutes before Ian, who was the construction director,” he says. “Every day I said good morning, but he never said it back. Eventually he came over to me and said ‘who are you, then?’ I told him and mentioned that I didn’t like the project manager on my job. He said: ‘Do it yourself.’ So I did.”

After trying and failing to interest Bovis in his concept of the contractor as construction manager, Macpherson left Bovis to set up Mace with four of his colleagues in 1990. Pycroft followed in 1993 before leading a management buyout in 2001. He is now the majority shareholder in the business.

Since he became chief executive he has cut the business’ commercial property work from 65% to 50%. “That was a good move,” he says. “Nobody could predict this recession would hit us so quickly and so dramatically but luckily we have a good spread of growth in different sectors.”

If vital projects do fall through, we’ll just sit down and work out what the hell to do. If we have to reduce income, we will

Mace has not been unaffected by the downturn, though. Just before Christmas it made 35 redundancies in the UK and 50 in the UAE. All reviews of salaries greater than £45,000 have been frozen until August and staff have been told that a review in March will determine whether further cuts to its 2,900 workforce will be made.

Pycroft says the group needs to hit a turnover of £700m (compared with £530m in 2007). This would be possible if it secured three or four large jobs in London and the South-east in the first quarter. One of them is almost in the bag: the Shard tower at London Bridge. This project is notable in many ways, one being that it is heretical: Mace plans to do the job for a fixed price of about £425m. What would Macpherson say? What Pycroft says is typically to the point: “We needed a high-profile project to prove Mace would take risks,” he says. “The Shard will be the most iconic project in Europe; it’s put us on the map.

Then there’s Crossrail. Pycroft says: “We’re on the shortlist to oversee it. If you’d asked me a year ago if I thought it would go ahead, I’d have said no. Now I think it will, as there’s been a lot more positive discussion about moving things forward in the past four or five months. It will employ a lot of people for a long time.”

Well the work may be there, but things still look pretty bleak “in the cold light of day”. Pycroft’s real worry is what will happen in 2010/11, when the supply of new projects is expected to hit its lowest point. “It’s worrying, but we have good clients,” he says. “British Land and Land Securities say they plan for work to start up again in three to six months, and we are involved with some government education projects. Plus we operate all over the world. We are responding to the downturn in Dubai by moving into Abu Dhabi, Bahrain and Saudi Arabia, and we are exploring Vietnam, Nigeria, Poland, South Africa and Russia, where we are working on the 2014 Winter Olympics programme.”

But what will happen if things don’t work out? “If that happens we’ll just sit down and work out what the hell to do,” he says, calmly. “We have no external investors and therefore no outside influences demanding that we continue to grow. If we have to reduce income, we will.”

His confidence is partly explained by the fact that Mace offers consultancy and construction management services, making it different from the average contractor. He hopes this will set it apart from rivals and help it weather the storm.

Its rivalry with one particular competitor has been well documented. “I would hope that after 15 years the tensions with Bovis have subsided,” he says, smiling slightly, “but does it add a little extra spice when we’re up against them for projects? Yes. We like beating them.”

The time has arrived to ask the big question: back in June it was rumoured that Mace was up for sale. Was it?

Does rivalry with bovis add a little extra spice when we’re up against them for projects? Yes. We like beating them

Pycroft immediately becomes animated. “Yeah! Right, let’s sort this out,” he shouts. “This company is not up for sale. I’m not off sunning myself in the Bahamas, am I?”

Maybe not, but when really pushed Pycroft does concede that a sale is not out of the question in the future.” If someone was the right fit for Mace and wouldn’t go against what has been built up here came along with the right offer I would consider it. Anyone would.”

On a more personal level, he reveals he has set a date for his departure. “I’m 50 and I think at 55 I’d hand the reigns over to someone else – Mark Holmes, Mark Reynolds or Gareth Lewis [three of Mace’s senior directors]. Part of a strong business is succession planning and they have all been brought on to move up to a level where they can take over.”

Pycroft says that had it not been for a personal tragedy in 2006, this succession planning would have happened sooner and this would be a retirement interview. “Three years ago this Saturday I lost my wife. We had plans to retire together to Australia. Then all that changed. I could never do that without her. When she died I refocused on the business. That’s why I am still here.”

The booming voice softens, and he struggles to stay dry-eyed, as he explains how he has coped with running a company while bringing up two young children. “I try to make sure my weekends are free for the children, but they understand I have a busy job that means I have to be away in the week. My oldest – she’s 11 – is firm with me. When I get tired she wags her finger at me and says, ‘Daddy, don’t you talk to me like I’m one of your subbies!’,” he laughs. “Though of course I talk to all my subbies in a very lovely manner …”

As the interview draws to a close Pycroft worries he may have held back too much: “I don’t feel I have said anything controversial enough. I want to say something really outrageous.” He thinks about it for a second, then clocks the voice recorder and thinks better of it. “I don’t think in the current climate now would be the best time to be getting on the wrong side of anyone.”

He may be a media virgin but Pycroft has – in the nick of time – mastered the trick of knowing when to keep quiet.

Pycroft in a minute