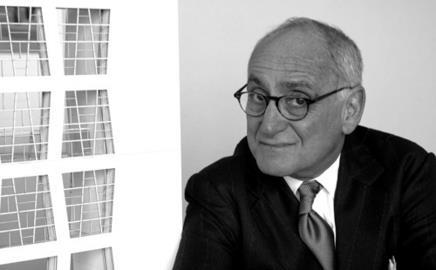 Architect and academic Robert Stern is to design a library for the outgoing president of the United States. The joke going around, of course, is that it must be a fairly small building. Dan Stewart found out

Who is Robert Stern? There’s Professor Stern the teacher, who as dean of the Yale School of Architecture has educated a generation of architects. Bob Stern the modernist designer of the tallest tower in Pennsylvania. Robert AM Stern the brains behind Celebration, Florida, a faux-twenties town for the Walt Disney Corporation. And there’s Stern in his newest incarnation, the political architect, commissioned to design a commemorative library for outgoing president George W Bush.

A man of many talents

“The word is ‘eclectic’,” Stern says, speaking from his Manhattan office. “I’m very fond of the remark by the American writer F Scott Fitzgerald that any mind that isn’t capable of holding two contradictory ideas at the same time isn’t much of a mind.”

Some might baulk at the idea of this hugely resourceful mind being associated with a president who might charitably be termed more of a doer than a thinker. But each US president has a library built in their honour to hold the documents and accounts of their administration, and Stern won the competition to design the Bush library last year.

The 69 year old says that he had no qualms about accepting the commission: “It is a great honour to create an institution that will allow people to evaluate one of the most decisive eight years in this country’s history.” Documents on 9/11, the Iraq war and the collapse of the banking system will all be held at the library. “History will reveal things about this administration that will cause us to rethink our position on it,” says Stern.

But when it comes to his thoughts on the Bush administration, Stern remains determinedly apolitical. “If I were asked to design a museum, would it mean I have to endorse every art object in that museum? My job is to provide the sounding board, design the venue for open discussion.”

The joke about the presidential library is, inevitably, how few books it will contain given Bush’s much-mocked anti-intellectualism. But Stern, with no trace of irony, describes Bush as a “well-read president, maybe better read than most”.

And will the president’s character inspire the architecture of his library? Stern pauses. “[Bush] is actually quite a simple guy in real life … So we wanted to make a simple building.” He concedes that this is something he is struggling with. “If the building is too simple, it will not look presidential. But we want to make it presidential without making it look as if you’re supposed to fall down dead in awe in front of it.”

His decision to design the library has “raised eyebrows” in certain quarters, says Stern. But then he has surprised people throughout his working life: in the early nineties Stern accepted a commission to masterplan the town of Celebration, part of the Walt Disney World Resort in Florida.

Celebration aims to recreate an America that once was. It is an experiment in historic town planning rather like Prince Charles’ Poundbury. Stern says the town “goes way back deep into the American residential experience”, to a time when everyone owned a house with a porch, a well-tended lawn and a white picket fence.

Such a time is not simply a figment of the collective cultural imagination. “You bet it existed,” he says, “but you can bet it didn’t look as good as Celebration. We spent eight years planning it, setting it out.”

Volume housing, says Stern, is a problem 20th-century architecture failed to solve. “I admire the work of Foster and Rogers and that wave of British architecture, but in the world of town developments they have not yet demonstrated sensitivity to how people really live in a town.” He praises Prince Charles and Leon Krier for the work they have done at Poundbury, and marvels how they have opposed the “anti-establishment establishment” of the modernists. “Modernism has not been able to come up with a comparable form of architectural expression,” he says.

It’s easy to put Stern in the traditionalist pigeonhole, but in fact he’s always experimenting with new ideas. “Many of my colleagues seem to be content to pursue building the same building virtually everywhere and stamping their own personal identity on it,” he says. “Clients in America want to have a building that connects back to tradition, but reflects something that is particular to them. I just build the most intelligent solution I can come up with.”

All the Presidents´ Libraries

The presidential library system was founded by Franklin Roosevelt in 1939, when he donated the papers of his administration to the federal government. Every other president since then has done the same. In 1955, congress passed the Presidential Libraries Act, which established the system of privately funded, federally maintained libraries that exists today. The 12 libraries together contain more than 400 million pages of text, 10 million photographs, 15 million feet of film and 100,000 hours of audio recordings.

Some of the more recent are:

Robert Stern isn’t the only one to have designed a library for the 43rd president. Earlier this year, US magazine the Chronicle of Higher Education challenged its readers to design their own library for the controversial president on the back of an envelope.

The competition was won by Lewis Calver who designed an underground bunker with a trompe-l’oeil facade of the White House. Other entries included a gigantic toilet and an amusement park.