Running Countryside: Another bite of the Cherry 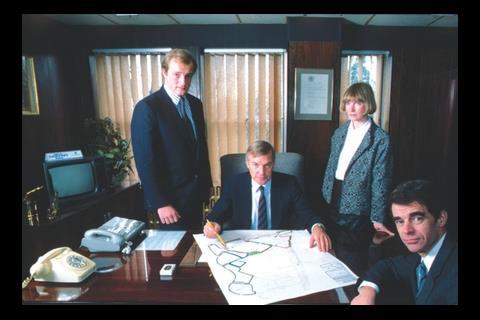 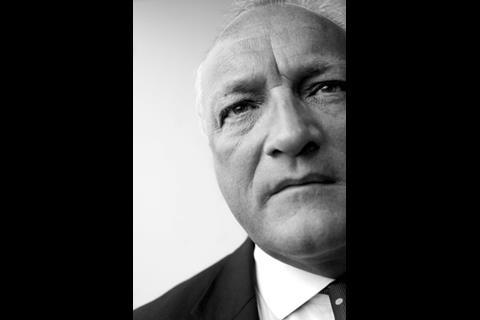 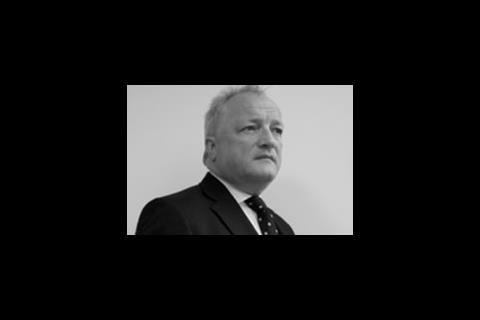 Two days after Countryside chairman Alan Cherry died, his sons were back at work. Graham, the housebuilder’s chief executive, talks to Joey Gardiner about the values his father instilled in him – and whether the company will be able to hang on to its vision in less certain times

At 7.30 on a cold January morning, Graham Cherry sat down at his desk in his firm’s Brentwood headquarters and began another working week. But this one was different, and sadder, than the one that had gone before. It was the first after the death of Alan Cherry – the legendary housebuilder, the founder of the firm that Graham was chief executive of, and his father.

“The old man would have never, ever died on a working day,” says Graham. Hard work was, it seems, one of the virtues he instilled in those around him, not least Graham and his brother Richard, the company’s deputy chairman. “When we rang all the key people up in the hours after his death, it was very sad, but we all had a little laugh at this – they all said: ‘Bloody typical of Alan, isn’t it? To die early on Saturday morning. You’ve got the weekend to grieve, and then it’s back at work on Monday morning.’ And we were.”

The death of Cherry, following a six-month battle with cancer, came as a profound loss to the housebuilding industry. Countryside Properties set a standard of quality for residential developments that the industry as a whole had to be aware of, even if it didn’t always strive to emulate it. In developments such as Great Notley Garden Village in Braintree, the Greenwich Millennium Village in London, and the Accordia scheme in Cambridge (the first residential project to win a Stirling prize), it seems no housebuilder had been more concerned with trying to build real communities.

Of course, nowhere will his loss be more keenly felt than in the company he founded in 1958, and took public in 1972. Since the nineties, Countryside has taken a long-term view on development, often working in untried or unusual parts of the country.

In the past decade this has led it to get more involved in urban regeneration developments, such as Greenwich, which are often high density and require high levels of up-front investment. Alan, the “gentleman tycoon”, as his local newspaper described him, was an evangelist for this vision, in part because of a long-term commitment to social equality.

However, the past two years have been as disastrous for Countryside as everyone else, with the latest results showing the firm racking up huge losses on a turnover cut by half to £188m. A period that saw nearly 300 redundancies and massive uncertainty culminated in a refinancing package last year with the company’s 50% co-owners, Lloyds Bank. Graham now has the job of leading it to a post-Alan future. His immediate challenge is how – or whether – to retain Alan’s vision after his death, when the chill economic winds are raising ever more questions about whether it is the most profitable route.

Tall and slightly thicker set than Alan, 50-year-old Graham is warm, open, blokily plain speaking, and obviously deeply proud of the company he has spent 30 years helping create. At first glance he possibly lacks his father’s man of the people approachability (he was educated at Felsted public school in Essex), and his talk has a tougher commercial edge. But that may just be a sign of the times.

First things first: there will be no big change to the Countryside model. The firm, he says, will continue to try to create long-term returns through building “sustainable communities” – that biggest of noughties buzz words. He sounds most like his father when talking about creating places of “heart and spirit”. “Father’s vision, and his ethos and approach, are very much embedded in the company. It’s part of our DNA.” Where Countryside excels, he says, is in its ability to understand and negotiate the planning system and political landscape in order to secure land and planning permissions that create value.

This attitude has meant that for the public sector, Countryside has long been the very image of a modern major housebuilder. However, in 2005, it was decided this role didn’t sit well with the rigours of the stock market, and the family enlisted the help of HBOS (now Lloyds) in a £220m deal to take itself private. Graham says: “Maximising shareholder value over a longer-term view didn’t really suit the city’s drive for short-term rewards. We ended up doing things we didn’t think in the interests of the business.”

However, the view remains in some quarters that this is smoke and mirrors – that Countryside’s “social” commitment means it has repeatedly failed to deliver commercially. Unsurprisingly, Graham rejects this, saying the focus on quality helps it to sell in tough times and demand a premium in good, even if it can cost more. And he says its political skills mean it can get planning permission in areas others can’t. “It has always been a criticism of us, that we over-gild the lily,” he admits. “But as a consequence of our ability to get planning consent, particularly in sensitive locations, more and more people come to us with their land to say we think you’ve got the skills set to unlock value. At the end of the day this game is all about land.”

Certainly many of its rivals, even if they don’t envy its profit margin, look greedily at its land holdings. But it can’t be denied that the firm has had its problems. Graham admits that when the downturn hit, it had too much exposure to “capital intensive” schemes – in other words flatted developments, some in Manchester and other parts of the North. It led to a slump in its average sale price from nearly £200,000 to £150,000 in just 12 months. So he accepts that the mix of homes and flats will have to change, dictated by the availability of mortgage lending and development finance. “Deliverable demand is very much fuelled by the availability of mortgage finance – banks are asking for more equity for flats.

So the big shift in the industry is towards low-rise housing.”

The consequent refinancing, which has left the firm with no imminent life-threatening deadlines but a larger interest bill, has clearly been a major frustration for the Cherry family, only adding to the trauma of Alan’s illness. While Graham is supportive of Lloyds, it is not difficult to sense the tension in a process that took seven months to resolve. “Ultimately the bank took a sensible view,” he says, carefully. “It was hard work, and it was distracting for the senior management. The tricky thing to get to grips with is why it takes so long to refinance something presumably both parties know so much about.” He concludes: “You don’t want to do too many in your life.”

Although the financing hasn’t changed the ownership of Countryside, the death of Alan, alongside the depth of the recession, may herald further major changes. Graham admits he is working with the bank on moves that could, for the first time, see someone outside the Cherry family chairing the company in “the next few months”. Currently Alan’s role as chair is still vacant, though Graham says the structure in future will depend on who they think they can bring in. Graham describes the process as entirely mutual, and stresses it is important the company remains “a Cherry business”. But it is natural to wonder if the move isn’t a way for the bank to gain more control – an idea rejected by the firm. “We want to supplement the board,” he says, “and we will between us work out the roles and responsibilities, and if the chairman is an outsider it’ll be because it’s someone we believe adds value to the work we do.”

If this move to bring in fresh blood improves the firm’s profits, it will be seen as a good move, but if it does presage a change in values of the business, it will undoubtedly be a shame. Apart from the hard work and social commitment which helped create great places, Alan Cherry was also known as a gentleman to do business with – nearly 1,000 people turned out for last month’s memorial in Chelmsford Cathedral. But Graham is adamant he wants to hold on to his father’s values. “Richard and I,” he says, “were both back in here on the Monday after his death at 7.30am, because of the passion, and the commitment and the belief in this business, and I think that’s what it’s all about.” If Graham can keep Countryside to that, he’ll be doing a great job.

Original print headline - Another bite of the cherry

“Our relationship was unique. My mother died when we were very young and our father brought us up, and then we worked together for 30 years. I suspect underneath it Richard and I haven’t really got over it [Alan’s death]; we haven’t really had a chance to sort of sit and take it in.

We had our moments – he was as tough a task master on us as on anyone else – but I learned the benefits of honesty, hard work and delivering your promises. It was stunning really, at the memorial, just how many former Countryside employees were there. Every member of staff is a member of the family. For my father’s funeral, the staff came to us and said, ‘is there any possibility of diverting the funeral cortege to run past the office?’ so they could pay their last respects. There were 300 people lining the streets here as the hearse came past. It’s a very special business.”

The Tories’ planning policies
We regard localism as an opportunity for us, because we feel that we have the ability to work with councils to deliver schemes that they and we can be proud of. We can also see why most of the industry regards it as a threat.

Regulatory burden on housebuilders
It’s significant. I doubt if there are many industries that suffer the level of interference that we do. When I first started you could secure an opportunity and start on site in six months. The minimum now is two years, even with an oven-ready site.

Countryside now
We’ve got two things at the moment – land and finance. We should be in a good position to make the most of them.