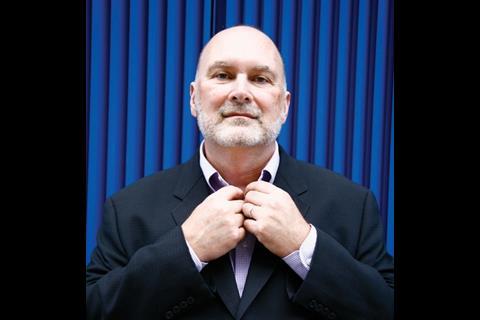 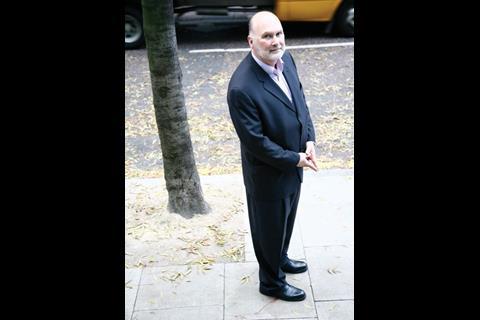 Gary Lawrence, Arup’s urban strategy leader, has advised Bill Clinton on climate change and turned Seattle green. Now he’s taking on the world’s first eco-city project in Dongtan, China. He tells Olivia Boyd about his approach to sustainability – and explains why it begins by hitting moles over the head with a mallet …

Gary Lawrence was raised on a cattle ranch. And when you meet him, there is something reminiscent of old cowboy films about this solid-looking, softly spoken man. You can picture him on horseback, reigns in hand, riding across the plains of his home state of Washington.

But Lawrence is an out-and-out urbanite. Romantic as it sounds, the ranch was “damn hard work”, he says. Considering he is one of the most influential planners in the business – and something of a sustainability guru – it is a comfort to know Arup’s urban strategy leader is “hooked on cities”.

Lawrence’s CV could be read as a recent history of sustainability. As well as pioneering the world’s first sustainable municipal plan in Seattle, he has advised the Clinton administration, the US Delegation to Habitat II and Downing Street, to name but a few of his higher-profile jobs. This month, he was a keynote speaker at a sustainability conference organised by Cabe. On paper, he is the Buffalo Bill of the climate change debate.

Still, he’s not one to go in all guns blazing. Far from it, in fact. He offers no quick fixes to the problems of climate change and is wary of putting too much faith in science to get us out of the mess we’re in. New technology and eco-towns can play their part, he says, but it’s “joined-up-thinking” that will solve the crisis.

Lawrence’s own career reflects this mindset. In 2002, he joined engineering firm Arup after years of work in the public sector and a spell running his own consultancy. Dewy-eyed reminiscing of his days in the Seattle planning department suggests he’s still a fan of strong government – but only as long as it engages the “creativity” of private developers.

“It has to be possible for elected officials to make hard choices,” he says. “But turning loose the incredibly powerful ingenuity of the private sector to apply itself to these problems is where we need to be.”

Arup’s project at Dongtan, China, the world’s first eco-city, is the most ambitious attempt to do this to date. In spite of China’s bad press on tackling climate change, Lawrence is a fan of its government’s no-nonsense approach. “China has decided these ecological cities are not just ‘green wash’ – they believe them, as I believe them, to be strategic necessities,” he says. “Take water, for instance. Almost 40% of the world’s population relies on snow melt from the Himalayas. But with climate change, those glaciers are receding at an enormous rate. The whole water redistribution situation for India, China and South-east Asia is at risk. Water conservation elements in masterplans are now a key issue – a national security issue – for China.

“Much of the West still thinks about sustainability as an environmental issue as opposed to a national and local security issue but as the effects of change become more obvious, I think that will change,” he says.

Projects like Dongtan set off chain reactions, he adds. Arup is already using methods from the scheme on masterplans in Moscow, Santiago and the UK, and is working on a contract for the world’s first solar city in Phoenix, Arizona, that will house 300,000 people, as well as high-tech and commercial schemes (see Building, 23 November, page 11).

All this activity is not just about solving an ecological crisis but an attempt to stay ahead of the game. “Clients are starting to get much more of a handle on the business benefits of an ecological city and our competitors are out there doing similar things. In many markets, there is a preference for ecological homes, in part because of an increase in costs of energy and water. “We certainly believe Dongtan is the beginning, not the end. We have to take every project and press it intellectually and press it technically, to make sure the next one is better than the last. To make it crystal clear, it’s a strategic necessity, not just a nice thing to do.”

Dongtan is the beginning, not the end. We have to make it crystal clear, it’s a strategic necessity, not just a nice thing to do

Lawrence recognises that a world filled with eco-cities may be some way off, not least because of a lack of designers and contractors with the necessary skills. But he is confident that market forces can solve the skills shortage. He points to Seattle, where developers of high-rise buildings are already unable get interim financing from banks unless they meet gold standards for commercial building ratings system LEED. They are being forced to learn new tricks simply to survive, he says.

So Lawrence is, in some ways, a free market man – a believer in the “invisible hand”. He was particularly encouraged by his recent trip to Cabe’s Hothouse, a gathering of the most influential figures in urban design, planning and sustainability, where he saw the eight biggest cities vying to outdo each other. “In their hearts, they believe they are competing against each other, that it’s a zero sum game out there to attract economic development and government funds.”

But market forces and scientific advances will only get you so far, he says – ultimately, it is behavioural change that will save us. And as a planner, he adds, you are in a unique position to engineer it. “Planning is the most political thing a society does. It is essentially a process through which you are allocating potential for wealth – you are determining who has better services and who has worse services and you are defining identity in terms of the built environment.”

This view dates back to Lawrence’s Seattle days, when the success of his municipal plan, the first in the world geared specifically towards sustainability, was dependent on the re-election of the mayor. His policies would only be implemented if his boss kept his job, so getting the community on side was key.

The plan aimed to create traditional neighbourhood centres through zoning, regulation of building heights and increased residential development around retail cores. The idea was to give people better access to services, regardless of where they lived, and at the same time cut down on transport needs. The city’s fibre-optic network was extended to within an eighth of a mile of every building to encourage more people to work from home. As a result, says Lawrence, Seattle is now one of just two cities in the US where vehicle trips per household are falling.

To help him convince residents of the benefits of his plan, he employed social science researchers and psychologists to teach him how to talk to the community. In the process, he learned to talk in terms of human health, rather than the “environment” – a concept, he says, people find difficult to connect with their own lives. In fact, he goes further and says the prominence of the environmental lobby actually harmed the sustainability cause over the years. “I was at the first Earth Summit and there was such fervour from the environmental community. It caused the business world to distance itself from the issues and the social justice groups to form their own activities. All of these things are inter-connected; there have to be ways all parties can work together.”

Lawrence’s favourite metaphor for the joined-up approach is Whack-A-Mole, an arcade game in which players bash plastic moles back into their holes with a mallet.

“To create sustainable communities, you have to have all the parties with their mallets at the board at the same time so you can figure out the sequence to keep more of those moles down. The trick is how to do that without blowing up the game.” He is so convinced of the game’s symbolic value, he has had MPs playing it at Westminster. Now that must have been a sight.

The 2050 deadline for all homes to be zero carbon
I haven’t seen any evidence that gives me confidence we’ll meet it. I think we’re in for a rough patch. That said, this ought to be the most exciting time possible for designers, engineers, anyone involved in the making of communities. If we can get away from this idea that it will be science that saves us, when it will actually be behavioural change that will save us, then I think we have the opportunity to do the best work of our lives.

Retrofitting buildings
There is no way to meet any Western society’s greenhouse gas targets under Kyoto without dramatic improvement in the performance of existing housing stock. That raises questions about whether it is more cost effective to build new, cleaner power plants or to subsidise retrofit. Arup’s view is that the most cost-effective strategy is demand minimisation. Only when you minimise demand, do you think about supply.

Building codes
We need to move from a rules-based code to a performance-based code so those people who are innovative and entrepreneurial can find ways to increase the quality of their buildings without being stuck in a rigid framework. Performance-based codes require much more sophisticated inspectors because they make judgments, as opposed to just measuring things.