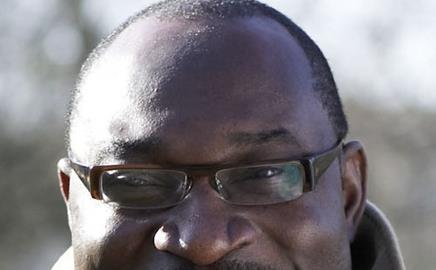 The worldwide downturn spells disaster for many British engineers. So why is ACE boss Nelson Ogunshakin still smiling?

Nelson Ogunshakin is one of the few people in the industry whose confidence is still intact. When Building last interviewed the chief executive of the Association for Consultancy and Engineering (ACE) five years ago he was new to the role and seemed ready to change the engineering world with his exuberance. And it seems even the global meltdown has not dented his optimism – or self-esteem. “If I had to give myself marks out of 10, I would get 11,” he says, summing up his tenure so far.

There is no trace of irony here, but somehow Ogunshakin gets away with it. His enthusiasm is overwhelming (he is already listing reasons to be cheerful before the interview has formally begun). But this 48 year old, who has spent more than two decades in the industry in positions such as managing director of management consultancy AEO Group, has won a place at the heart of the UK engineering sector.

His record over the past five years goes some way to backing up his claims. When Nigeria-born Ogunshakin took charge of the trade body – then called the Association of Consulting Engineers – in 2004, membership was low: about 670 firms employing 35,000 people. It has since grown to 800 employing more than 100,000 staff. It has also brought in major players such as Atkins, Halcrow and Mott MacDonald and won the ear of influential clients including the Highways Agency and Network Rail. The organisation has become a respected campaigning body and has built an advisory board that includes Sir Michael Latham and ODA chairman John Armitt.

But this progress came in stable economic times. Last year, Ogunshakin campaigned to allow migrant workers to plug the engineering skills gap; today, the sector is shedding jobs by the thousands. The ACE’s challenge is now to sustain momentum on long-term issues while staying relevant.

“The immediate pressure on companies is surviving,” says Ogunshakin. “But the challenges facing the industry haven’t gone away. There are major issues around skills, transport and energy, such as replacing ageing power plants, and if we don’t talk about them now, we will have a crisis.”

One of Ogunshakin’s ambitions is to forge a stronger link between engineering and business excellence to strengthen the sector against future downturns. Last month, the ACE launched a leadership programme with three universities – Aston, Durham and Loughborough – which allows anyone in the industry under the age of 35 to study for a business diploma. The cost, ranging from £3,950-5,400, is borne by the person or the firm.

The body is also campaigning for shorter term solutions to the recession – notably a special purpose vehicle to fund floundering projects – and is calling on other organisations to support it. “The car industry lobbied the government to create an insurance company that underwrites hire-purchase deals,” he says. “We aren’t requesting any different. If projects can’t be closed, why can’t the government create a vehicle to bring the industry alive again?”

You can be doing a project in China but design it in Manchester. So somehow, somewhere, the work will flow

The ACE will do everything in its power to help the industry through tough times, says Ogunshakin, but there needs to be a more consistent message from professional bodies. One route to this is consolidation. The ACE is working with the Civil Engineering Contractors Association and Ogunshakin sits on the Institution of Civil Engineering council and Engineering and Technology Board, but he says more can be done. “Our industry is so fragmented and there is room to remove some duplicates.”

But even with industry bodies working together, how much can they do to shore up companies from the outside? Ogunshakin concedes that firms have got to take tough decisions to survive. He knows what it’s like on the inside, having spent time at executive director level at WSP and High Point Rendall. “You have to look at your business and say, what is in the pipeline? And how does that balance with the mouths we have to feed? If one is outweighing the other, you have to change,” he says.

“That can mean redundancies or changing who is in charge.”

“If you change the boss, you have to find the right replacement – someone who understands the business environment but also has a sharp and vivid leadership style to drive change.”

Although Ogunshakin refuses to comment on specific firms, White Young Green must be on his mind. Last month, it replaced chief executive Lawrie Haynes with Paul Hamer, who now has to rescue a business that has £91m of debt after a five-year acquisition spree. Some have linked this to going into the wrong markets at the wrong time, namely Ireland rather than the Gulf. But even firms that shifted resources to Dubai have been stung.

Judging which countries to tackle is a tricky business, says Ogunshakin, whose own career has taken him to Africa, Asia, the Middle East and North America. And even those with an intricate understanding of local markets also need luck (even firms who have been in Dubai for 40 years have been badly hurt). But the answer is not to retreat, he says. Globalisation is an “unstoppable force” and can help strengthen British firms in the face of protectionist policies abroad. He expects the US market to “turn in on itself” but says players with an American reach – Black & Veatch, Halcrow, Jacobs, Parsons Brinckerhoff – may still bring design work to the UK. “Its an internationalised market,” he says. “You can be doing a project in China but design it in Manchester. So somehow, somewhere, the work will flow.”

Other regions, such as North Africa, present huge opportunities, he adds, pointing to Nigeria, which has a large foreign currency reserve and 75% less infrastructure than would be expected for its population of 145 million. “As long as people live and breathe and need shelter and infrastructure, there is scope for engineers and consultants. And I’ve got good news for the industry: the banking sector is no longer attractive for staff.”