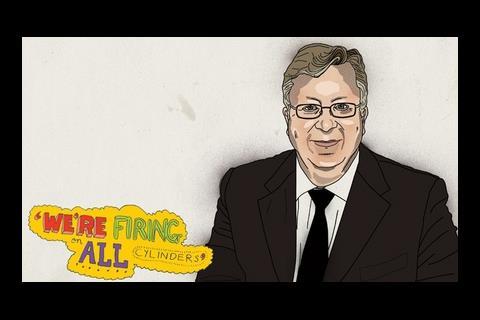 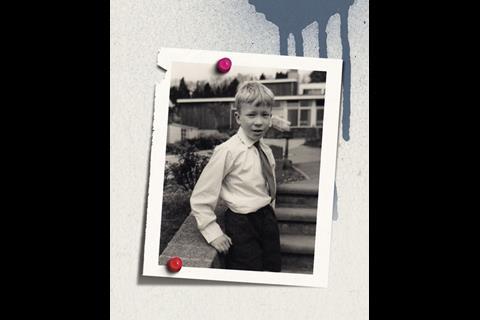 There’s no doubt the pace has picked up since Tim Byles took over the running of the Building Schools for the Future programme. But with all the uncertainties of the economy and next year’s election, will he be able to keep up the momentum?

Tim Byles is used to having his patience tested by construction projects. As a teenager, he spent his university holidays standing for 14-and-a-half hours a day on the site of what was one day to be the M25, watching a set of traffic lights change. Apparently, the contractor that employed him felt it was necessary for health and safety. “It was the dullest job I’ve ever done,” he says. “I wasn’t allowed to sit down, and I had to watch red, amber and green. But I did learn to play poker rather well.”

As chief executive of Partnerships for Schools (PfS), the body in charge of the government’s £45bn Building Schools for the Future programme and an increasing number of other initiatives, the adult Byles may have cause to miss the dullness of that job. Despite having clawed BSF back from crippling delays since his arrival in November 2006, the future of the programme is clouded in uncertainty. In the depths of recession and with an election looming, politicians of both parties are looking at ways to make BSF work in a period of austerity – although this might mean significant changes to the procurement and financing of schemes. And in the meantime, he also has to ensure that the banks’ reluctance to lend to construction schemes, and the risk of failure of contractors, do not send the programme heading back towards its darkest days.

When he joined PfS two-and-a-half years ago, Byles was given a task many would have balked at. “The programme was running significantly behind early expectations, and the relationships with local authorities were not well developed – in a few cases, they had been quite adversarial for some time,” he says. “But now we’re at a point where I think we’re firing on all cylinders. We’re on a trajectory to deliver this programme on the original timescale, which is to be substantially complete by 2020 and fully by 2023 – subject to future spending review decisions, as everybody wisely says,” he adds wryly.

The point about future spending is a crucial one. “The variables are considerable, including the performance of the economy, the tax take and so on. It’s far too soon to translate that into likely levels of investment across government.”

The Conservatives, who are likely to have that decision to make, have been pretty much silent on the detail of their plans for education. Byles, who can have only limited discussions with a party that is not in power, says he cannot talk about specific Tory initiatives. What he will say is that the they are “developing their plans and we’ll need to see from any new government how they want to change things. But there has been recognition from all parties for some time that there is a considerable need to invest in our school infrastructure”.

Schools are big, complex schemes that are timetabled quite closely and I’m not expecting any hurrying up or slowing down

He says the “developing line” from the Conservatives is a “very devolved one”. That might not be great news for PfS itself, particularly since two right-wing think tanks recently said the responsibilities of the body should be cut. But Byles says the organisation can rise to the challenge. “BSF operates through local authorities already as they are the procurers. We’re there to help local authorities make the best use of their resources. Any system that works through local government, or individual school procurers as we do with academies, is something that can be taken on board.”

And those threatening think tank reviews? “There have been 12 reviews of BSF in the past two-and-a-half years at least,” says Byles. “Almost all have been based on transparent evidence, but there are one or two that have not gone down that road.”

Byles is anxious to quell fears that the flow of school schemes will slow as the election approaches. “These are big, complex schemes that are timetabled quite closely and I’m not expecting any hurrying up or slowing down,” he says.

His optimism seems borne out by the recent government announcement that it is to fund 18 BSF schemes that will run into the next spending review period. “That’s an unusual step for government to take,” says Byles, “and it’s been very helpful in maintaining the certainty of the pipeline.” He says it would be difficult for any government to stop a project once it’s had an OJEU notice put out, describing it as “a solid commitment”.

Even with that breathing space, however, keeping the momentum going on BSF is not easy. Although progress has improved dramatically under Byles, inherent problems with the programme have been compounded by the recession. In particular, contractors continue to complain that the bidding process – carried out through competitive dialogue – is too long. With schemes costing up to £6m to bid, several argue that the UK government is applying the letter of the law too rigidly.

Byles has sympathy with this: “The truth of it is, we’re a delivery agency and we need to abide by the rules our government has set. But that doesn’t mean we do so blindly. We’ve been looking very hard with colleagues in the Treasury at the way the PFI is funded and the need to respond to changing market needs.”

He says they have been studying case law in other European countries, which in some cases has upheld a less rigid application of EU legislation on competitive dialogue. “There are areas where case law is moving in a direction that may help us reduce costs. We’re likely to consult on further changes next year.”

There are also continuing issues with funding BSF, about 40% of which is procured through the PFI. “At the beginning of the year, we had no banks lending, in early January about six and now around 20. So liquidity has stopped being the big issue. The question now is the cost of money and how the risk in PFI is judged by the providers of finance.”

Byles concedes that the stage between preferred bidder and financial close is taking “12 weeks longer, on average” than before the recession. The situation has been helped by an injection of £300m from the European Investment Bank, which he is in talks to extend. “It meant we were arranging up to half the debt finance on some of the large BSF schemes at 60 basis points against a market rate of about 250. So that’s helped.”

In the longer term, Byles says he expects any future government to review the use of PFI in schools procurement. “There are a number of ways in which financing a 25-year product can be achieved. It doesn’t have to mean you need 25 years’ money. I think there’s more scope for looking at shorter term money, and more scope for looking more flexibly at the way PFIs are funding into the future.”

However, he points out that “schools PFI looks set to continue off balance sheet in the public sector, and that’s a significant development”. The other big plus for PFI, he adds, is that it “guarantees the maintenance of the asset, which we’ve been lamentably bad at doing. That’s the reason we’ve got 80% of school buildings beyond their design life at the moment.”

Byles knows that, whatever the procurement route, there will be pressure on schools and their consortiums to come up with ways to improve their buildings on tight budgets. “There will unquestionably be pressure on local authorities to achieve more for less,” he says. “That’s why a debate about priorities locally on schools capital will be important going forward.” Clearly, Byles is keen to be as involved as he can in that debate.

What was the worst feature of your school’s design?
It’s hard to come up with just one – there were narrow corridors, hence lots of pushing and shoving to get around, poor temperature control thanks to its fifties design, and a number of mobile classrooms that were cramped and uncomfortable. But despite this there was a good atmosphere and it was a fun place to learn. I visited the school recently and many of the original features are still there – although they are starting to develop plans to revamp them.

How would you improve it?
The school needs a radical overhaul to put its learning facilities together more logically and manage the flow of people better. The current site has grown since my time – and it shows. Despite that, the school is doing really well and I am impressed with the commitment of the teachers (one of my old form teachers is still there) and the results it is achieving are much better than in my day.

What was your best experience at school?
Getting into performing – drama, and music. I had shoulder length hair and played guitar. I still do, as well as drums and bass. All my family play instruments – although we’re not the Osmonds or anything.

What was your worst subject?
Geography, by a mile – which is why my favourite navigation tool is a Tom Tom. The only thing I remember is a teacher telling us not to pitch your tent in a wadi – something I’ve struggled to put into practice in the past 30 years.

Favourite teacher?
Mervyn Davies my form teacher in the sixth form and mentor at the time, whom I’m still in touch with and who provided excellent guidance and support as well as starting my lifelong interest in political and economic history.