Gavin Hale-Brown tells Building about a cemetery in Italy, getting dirty to make buildings work, and being a secret artist 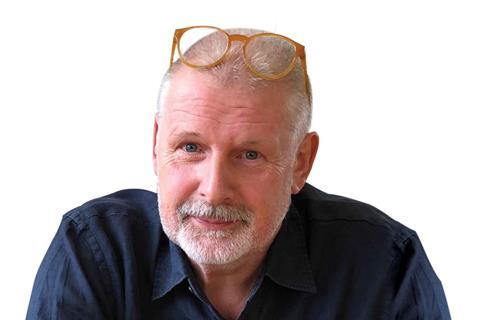 Probably the biggest was working on our cultural centre in Siberia. Negotiating Russian customs with a selection of odd samples was always fun (it’s amazing what things look like in a scanner). We built a lot offsite to maintain quality – this was all trucked overland for three weeks from Italy. A challenge on many levels!

If you could change one thing about the industry…?

When building outside the UK, the respect for good tradesmen is far higher. Our procurement methods often don’t reward those with the best craft and the quality of our built environment suffers. 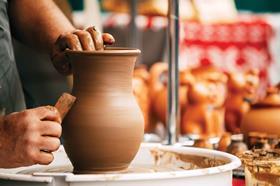 I was told I would have to give up throwing pots at A level if I wanted to be a doctor, so I asked for other suggestions…

What are you most proud of working on?

I am proud of everything we complete; it’s a privilege to build. Up near the top must be the Talkback headquarters [in Fitzrovia]. It’s a sustainable, naturally ventilated building, flexible in layout to allow the company to grow and contract. It encompasses the values the practice is founded on – creating communities in sustainable, good-value space – and it reuses an existing set of buildings very well.

What is the most helpful advice you have been given?

Don’t be afraid to ask. After six years of training as an architect, it’s easy to believe you should know most things – admitting you don’t will serve you well throughout your career. Kinemura San of Kinemura Associates advised me of that very early on – lucky, given my knowledge of Japanese construction methods was very sparse at the time.

The Brion family cemetery, San Vito D’Altivole by Carlo Scarpa, in Italy (below). It’s a place you need to be alone in. The buildings are small, but the detail is soulful. With a pastoral backdrop of fields and mountains, it is near perfect. 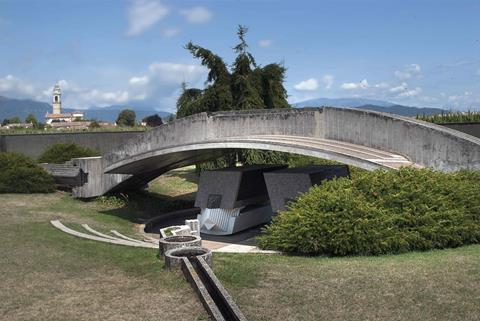 What advice would you give to someone starting out?

It’s not like Hollywood, you get dirty and you need to make your buildings work. It isn’t for constructors to resolve issues you have left behind.

Thinking on internationally recognised ones, I would say the Aldo Rossi’s cemetery at Modena, Italy. It is loved by many architects, being wonderfully photographic, but in reality it is soulless. It should act as warning to young architects to remember buildings are for people, even cemeteries.

I paid off my student debt with an exhibition of my paintings in Japan.

It’s not really mine, but my son’s Welsh football shirt that he received for playing in the U19 euros. It’s framed with the mud still on it, impossible to replace.

Flying, we are just starting on a 21-storey housing scheme; it would be so useful for site inspections!

People would cry wolf if I didn’t say Luton Town Football club, the subject of much site hilarity. Dogs, I have two, sometimes we have six in the office. So be prepared if you are coming to a meeting. France, with two teachers for parents I spent every long summer there.  We still do in the same ramshackled house.

Properly made sushi. We have family sushi sessions and always have done. It doesn’t have to be so refined – we learnt that in Japan sitting between Shoji screen which kids had coloured in and put their fingers through. So far from the perfect reverence that is so often portrayed. You just need some good fresh ingredients and be able to cook rice!

You have to admire Fernand Pouillon an architect, developer, and builder, who produced good social housing, was sent to prison, escaped, and ended up rebuilding his own medieval castle with a drawbridge.

Juggling! Maintaining direct knowledge of all our projects means it’s a trait one has to master.