A half-time pep talk is needed

Exactly halfway through the two-year Brexit countdown, is it time to stop and think if we want to play this game at all 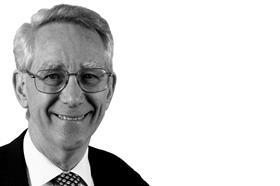 A year ago, at the prime minister’s insistence, the UK triggered Article 50. And a year from now the UK will leave the EU. We’ve reached half-time in the toughest game our country has played for decades. So how’s the Brexit match gone so far?

From the kick-off the commentators noted that the UK’s preparations were rather amateur, with no evidence of a game plan. There was plenty of criticism for the fitness of the squad and for the team selection, too. For most of the game’s first half, though, the news has been about slow play, untidy passing and the occasional blatant foul. Of course the squabbles over who should wear the captain’s armband have been fun to watch, but most of the crowd drifted to the pie stall long before the half-time whistle sounded.

If it’s been dull and boring so far, the second half promises to be truly nerve-tingling: and remember, if it’s still goal-less at full time, we lose on penalties. Because we always do.

Off the pitch, the last 12 months have brought very mixed news for the construction industry. It was good to be named one of the four strands of the government’s industrial strategy, but then came the catastrophe of Grenfell. The government’s 10-year plan for a £600bn pipeline of infrastructure was good news; but the Carillion collapse was bad. The plan to reach 300,000 homes a year by 2025, good; the 30% drop in EU27 recruitment, bad – and challenging that a newly recharged CITB needs to deliver a massive skills upgrade and recruit 158,000 more workers within five years.

If it’s been dull and boring so far, the second half promises to be truly nerve-tingling: and remember, if it’s still goal-less at full time, we lose on penalties […] For all Brexit outcomes we will be worse off than if we had never played at all

With almost surreal government targets for both housebuilding and infrastructure (not to mention recladding about 300 tower blocks in the wake of Grenfell), it seems work won’t be short. Where the crunch comes is with the escalating skills and labour force shortages, and the struggles to raise productivity and deliver sustainable projects now mired in the complexity of a dysfunctional industry. Certainly, if the match does end goal-less, the hard Brexit penalty will hit construction hard.

The most visible risk is to the labour supply.  Already the Federation of Master Builders says two-thirds of the industry’s 90,000 smaller firms are short of carpenters and bricklayers, while the number of Romanian workers searching for UK construction jobs is down 36%. It seems that the Brexit-induced devaluation of UK wages for EU workers (thanks to falling sterling) combined with a hostile media atmosphere is delivering the government’s stated aim of a “reduction in migration to the tens of thousands”, before any actual legislation. If we get a moderate Brexit the immigration controls won’t start until the end of 2020, but if a hard Brexit then it starts next March. Meanwhile it will be increasingly difficult to get overseas applicants to fill the workforce gap created by the difference between the 60,000 workers who leave the industry each year and the 30,000 UK residents who join it.

Last week the House of Lords signed off the revamped CITB’s apprentice levy plans. I asked the government if the levy, or any combination of other planned measures, will come anywhere near meeting this need for skilled new construction workers. I also asked when the apprenticeship courses awaiting ministerial approval will emerge and at last be put to good use. No doubt the industry will be pleased to be paying a lower levy, but with the best will in the world the earliest we shall see any extra apprentices on site will be 2020 – and it seems very unlikely the range of skills and the numbers needed will be available in time.

The labour supply threat of Brexit affects every level in the industry, though. A quarter of architects practising in London are from the EU27 – just one of many examples of the potential loss of capacity and of professional (not to mention cultural) expertise that is at risk if mutual recognition of qualifications is blocked or when visa requirements start to bite.

Less visible is the risk to supply chains. Construction isn’t as badly at risk here as the car industry, whose warehouses are actually a string of HGVs flowing across the continent from subcontractors to assemblers. But there’ll be costs and delays if the queues at Dover are even half the length predicted, not to mention the HMRC paper trails.

But I’ve saved the worst till last: this international match is going to make a financial loss.

The government’s “secret” assessment of the impact of Brexit on the UK economy studied the impact under three scenarios: a Norway option, a Canada option and a WTO option. It looked at the impact on each region of the country, and for each sector of industry. It also records what 13 other assessments say, ranging from UK thinktanks to the World Bank.

Neither the UK government’s study nor any of the others, for any Brexit scenario, predicts that UK economic growth would be higher in 15 years’ time than if we remained in the EU. In other words, for all industries (including construction) and for all regions, for all Brexit outcomes we will be worse off than if we had never played at all. Which is why some of us are still doing our very best to get the match called off.