We have all benefited from a long period of favourable interest rates, low inflation and general stability in the construction market. But how things have changed in the last two or three years. First we had Brexit, followed by two years of a pandemic. Now inflation has risen to 7%, and further interest rate rises are on the horizon. 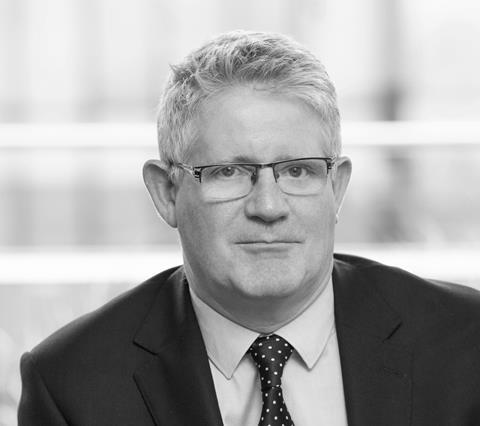 There are more dark clouds in the construction industry, with critical materials shortages and price increases. Brexit has contributed to a shortage of skilled operatives leading to increased labour costs, and to make matters worse there is now a devastating war in Ukraine, with associated energy supply issues and trade sanctions.

There is more uncertainty now than has been seen for a generation. But what can we do about it?

To provide a solution, we need to understand the competing interests of the main players in any construction project. On the one hand, developers and their lenders want the certainty of a fixed price so they can budget and fund. On the other hand, contractors want certainty so that in delivering the project they will be able to cover their costs and ensure profits for shareholders.

For the past few decades, the equilibrium between these two competing interests was met by the contractor building into its tender price the risks for inflation and price instability. The contractor then entered into a fixed-price lump sum contract.

Inflation and interest rates were low, so any tension between employer and contractor was minimal. A design and build contract using a fixed-price lump sum arrangement where the contractor accepted full design liability became the norm.

Is it time to rethink the status quo and apply a different model to suit the reality of where we are as an industry, so it can continue to flourish?

Applying the status quo of the past few decades to competing in a current tender process presents the contractor and the employer with some problems:

There is no easy solution that satisfies all parties’ competing objectives. However, the first step is for all involved to acknowledge the problem, be clear and transparent about that problem and enter into a contract which deals with it openly, fairly and on agreed terms.

In the last period of market instability, most building contracts provided for contract price fluctuations. Remember them? In general, these provisions compensate the contractor for inflation and price rises during the construction period. These have rarely been used during periods of stability. However, most forms of industry published contracts still have them although they have been snoozing in the background – in a JCT design and build contract fluctuations are contained in schedule 7, and the NEC includes them as a secondary option X1.

To illustrate how an escalation provision works:

The above approach is relatively simplistic. More sophisticated parties might amend the provisions, for example to provide for risk-sharing where only a proportion of the calculated escalations is paid to the contractor or the amount to be paid in escalations is capped or escalations are limited to specific products.

For an industry seen as adversarial, we should be rightly proud of the way we worked collaboratively and responsibly through the problems and restrictions necessitated by Brexit and the pandemic. Continuing to act in this co-operative manner will benefit the prosperity of the industry as a whole.

Peter O’Brien is a partner at Clyde & Co