Adjudicators’ jurisdiction: By the way … 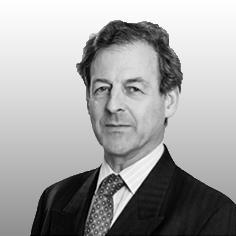 By the standard of some Supreme Court judgments, the case of Aspect  Contracts (Asbestos) Limited vs Higgins Construction Plc, which Tony Bingham commented on in his Building column last year, was, at 14 pages, relatively short. As the first Supreme Court case on adjudication, it has been widely reported and commented upon concentrating on the period of limitation and the cause of action for a party who has lost an adjudication but wishes to have the issue finally decided.

But another point also emerged, not covered by Tony in his article, or much commented upon since, but highly relevant to adjudication.

In the seminal House of Lords case on arbitration clauses Fiona Trust and Holding Corporation vs Privalov (2007), Lord Hoffman swept away many previous dicta on their construction. His view was that the parties to a contract, as rational businessmen, would be unlikely to have intended only some of their disputes to be resolved by arbitration, depending on the specific wording of the arbitration clause - for example, whether or not it said “under” or added the words “in connection with”. Lord Hoffman’s conclusion was that arbitration clauses should be construed as giving a wide jurisdiction to arbitrators to have all claims arising from their contractual relationship dealt with by one tribunal, unless the clause in question made it clear that certain matters were intended to be excluded from the arbitrator’s jurisdiction.

The issue then arose whether this wider interpretation of arbitration clauses should apply equally to adjudication clauses. In Hillcrest Homes Ltd vs Beresford & Curbishley Ltd in 2014 Mr Justice Raynor QC disagreed with the contention that the reasoning in Fiona Trust should apply to adjudication clauses. The case in question concerned whether an adjudicator had jurisdiction to deal with a case of misrepresentation. His conclusion was that, the adjudication clause came about as the result of statutory intervention. Section 108 of the Housing Grants Construction and Regeneration Act refers to “disputes arising under the contract”. This wording is  mirrored in  Article 7 of the JCT Design & Build contract  2005, which  referred only to disputes or differences arising “under the contract”.  By contrast  the arbitration clause in Article 8 referred to “any dispute of any kind whatsoever arising out of or in connection with this contract”. He concluded that Lord Hoffman’s reasoning was inapplicable to adjudication clauses, and therefore a claim for misrepresentation as it was not a claim arising “under the contract” did not fall within the jurisdiction of an adjudicator.

Although Hillcrest was not apparently cited, in the case of ISG Retail Ltd vs Castletech Construction Ltd (2015), the defendant did attempt to argue that the adjudicator did not have the power to award the claimed restitution of the contract price, “because this was an equitable remedy not within an adjudicator’s jurisdiction”.

The defendant went on to cite a number of cases on the interpretation of arbitration clauses which had found that the words “under the contract ” did not cover claims for misrepresentation or negligent mis-statement. All those cases had been superseded (at least so far as the interpretation of arbitration clauses) by Fiona Trust. In deciding that ISG was entitled to the sum awarded by the adjudicator by way of restitution, Mr Justice Edwards-Stuart sidestepped this issue by ruling that a claim for restitution in the circumstances of a total failure of consideration was a contractual claim arising under the contract, and so the adjudicator had the jurisdiction to hear it.

Aspect’s counsel argued that the tort claim could have been submitted to adjudication by Higgins, along with its claim in contract. Higgins’ counsel submitted that this would not have been a claim arising under the contract and that the approach in the Fiona Trust case could not apply to adjudication clauses introduced by statutory adjudication.  Lord Mance, however, disagreed.

In Aspect vs Higgins the original claim in the adjudication had been one of professional negligence, a claim that can be advanced both as a contractual claim and as a claim in tort. In support of that proposition Aspects counsel cited in support the Fiona Trust case. Higgins’ counsel submitted that this would not have been a claim arising “under the contract” and that the approach in Fiona Trust could not apply to adjudication clauses introduced by statutory adjudication. But Lord Mance said, he was “content” to proceed on that basis, with the reasoning that the Fiona Trust case did apply to adjudication clauses, and went on to say that “a co-terminous tort claim can fall within the language of section 108(1) of the act”.

Although strictly speaking not key to the principal judgment, this is nevertheless a powerful argument for accepting that a wider range of disputes may be referred to adjudication, albeit that the adjudication clause itself may only refer to disputes “under the contract”. This might mean for example that a claim in tort could be pursued where the limitation period in contract has expired. It could also encompass claims for misrepresentation, rescission and perhaps rectification.

Robert Stevenson is a partner in the construction division of BLM. He is an accredited adjudicator and a chartered arbitrator