Before breaking for summer recess, housing secretary Robert Jenrick bestowed a gift on the property sector in the shape of the Building Beautiful Places plan along with publication of the National Model Design Code (NMDC). The launch is the culmination of a period of discourse that began in January 2020 with the Living with Beauty report, included the formation of a Design Quality Steering Group and concluded with a wider industry consultation to seek views on proposed improvements to the National Planning Policy Framework. The overall governmental objective was to empower local authorities and communities to create beautiful places to live with an enhanced emphasis on quality, design and improvement. 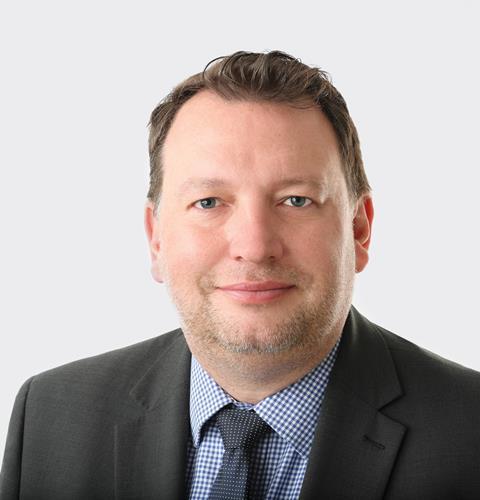 But while Jenrick’s gift came beautifully packaged, opening it to reveal the contents proved to be something of a disappointment; a modern case of the emperor’s new clothes. Despite thousands of consultation responses being submitted, the code launched this week remains largely unchanged from that unveiled months ago, when the industry was invited to share its views to inform a code that would work for the whole of England. On top of this failure to incorporate guidance from the industry, there also seems to have been a failure to acknowledge the societal backdrop against which this whole process has played out – namely a global pandemic.

One of the many knock-on effects of covid over the past 18 months is a re-evaluation of individual priorities, including how we live and work. Whereas previously being close to employment hubs was higher up the agenda, a shift to remote and hybrid working – and the resultant increase in time spent in the home – has made people take stock and analyse what they really want from their living quarters.

While the principle behind building beautiful places is sound, much of the practicality is missing in the government’s current approach

Research we conducted earlier in the year highlighted a preference for larger homes that offer space for home-working and socialising, surrounded by green open spaces. When asked what kind of new-build home they would prefer, the overwhelming majority of consumers we asked (77%) said they aspire to live in a two-storey detached home. Only 3% and 4% of respondents would choose to live in a terraced home or townhouse respectively, yet this is what the NMDC seems to promote. The NMDC appears to be city focused – and London-centric in particular – in terms of its approach towards high-density schemes; but this shouldn’t dictate that the rest of the country must follow suit.

One of the key themes to emerge from the pandemic is the opportunity for society as a whole to “build back better”, but the opportunity appears to have been missed, given the lack of reflection of public and industry sentiment in the final iteration.

While the principle behind building beautiful places is sound, much of the practicality is missing in the government’s current approach. A classic example of this is the model communities cited as perfect embodiments of community living, with Birmingham’s Bournville often mentioned in dispatches. The irony here is that replicating Bournville under the NMDC would be impossible due to restrictions on street width and frontage permitted to individual homes.

Even trees themselves are a thorny issue. Everyone wants to see wide, leafy avenues but there is a complex logistical and bureaucratic maze to navigate before any tree can be planted, not least the topic of adoption by the relevant highway bodies. Without this co-operation, the costs are inhibitive and make the financial viability of the new utopia a non-starter.

Everyone wants to see wide, leafy avenues but there is a complex logistical and bureaucratic maze to navigate before any tree can be planted

One of the positive elements of the NMDC is the push for developers to consult with local communities on their requirements at an early stage, something of which Redrow has much experience and which is essential to delivering communities where people want to live. At Plasdwr – a new garden city in Cardiff comprising up to 7,000 homes within five walkable neighbourhoods – we adopted an open approach to engagement from the start of the planning process. This included drop-in meetings for the local communities, regular newsletters and the establishment of a continually managed “get in touch” direct email account. We also appointed a Plasdwr-specific community liaison officer. Engagement has been key to establishing long-term relationships and creating places people want to live in.

At Redrow we have long embraced the principles of place-making and have compiled a comprehensive design manual that informs all our developments and puts the community’s needs at the heart of decision-making. At the heart of this guide is the “Redrow Eight”, a set of design principles that define how we achieve sustainable and attractive development at each of our sites across England (and we have also recently produced a set of principles specifically for our new communities in Wales).

Aligning with the NMDC are Redrow principles such as “nature for people”, whereby we strive to enhance existing wildlife habitats and better connect people to them, and “listen to learn”, whereby we connect with local communities at an early stage so that their views can inform our development proposals.

This demonstrates our commitment to building beautiful places that people want to live in, over and above what the government guidance suggests. If there is to be successful wider implementation of such principles going forward, then the powers that be need to ensure they listen to housebuilder recommendations and what the public want in order to make the vision a reality. Failure to do so will leave all manner of stakeholders feeling like they have been led up the garden path.