Beware of ‘subject to contract’ 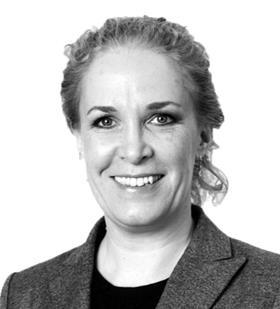 One of the terms that gets bandied around during negotiations is “subject to contract”. Unlike some well-worn phrases, it does carry a particular meaning and has a particular effect – but this is sometimes forgotten. The courts have given us a useful recent reminder of when it applies, the consequences of using it, and how to revoke it.

In order for a binding contract to be created, one of the key requirements is that the parties must have intended to create legal relations. Generally, this requirement is easily satisfied. However, using the term “subject to contract” can mean that the parties are still in negotiations and that they do not intend to create legal relations – and in that event no binding contract is created.

The term was recently considered by the Court of Appeal in Joanne Properties Ltd vs Moneything Capital Ltd and Moneything (Security Trustee) Ltd [2020] EWCA Civ 1541.

Joanne Properties Ltd owned a building in Wandsworth. Joanne borrowed money from Moneything Capital Ltd, secured by a legal charge over the property. Joanne subsequently fell into arrears on the loan, which resulted in Moneything appointing LPA receivers. Following an initial dispute in which Joanne sought to set aside both the loan agreement and the charge on the grounds of undue influence, the parties entered into a formal written compromise agreement.

They agreed that (a) the property was to be sold and the proceeds of sale distributed between them; and (b) after payment of sale costs and repayment of the loan advanced, (i) a sum of £140,000 was to be ring-fenced for payment of “sums that may be determined to be payable to [either party] and subject to the terms of which the claim is resolved” and (ii) any balance was to be ring-fenced for the resolution of a dispute relating to another charge over the property in favour of a third party. This agreement was contained in a formal written agreement signed by both parties.

The issue for the Court of Appeal case was whether the parties had reached a further binding agreement through an exchange of written communications passing between their respective solicitors as to how the £140,000 was to be shared between the parties.

This case reiterates the force of the “subject to contract” qualification on the legal effect of negotiations. The Court of Appeal confirmed that where the qualification “subject to contract” is used there will be no binding agreement between the relevant parties until a formal contract is concluded or there is a clear factual basis for inferring that all parties have intended to disapply the qualification (and all other requirements for a binding contract to be agreed have been met).

Unusually, then, “subject to contract” is a label that carries a great deal of weight when deciding whether a binding contract has been agreed. Parties must be careful to use it appropriately – and to document clearly when it is no longer to apply.