As BIM embeds itself deeper in the construction industry, contracts that facilitate collaboration in the project team are becoming vital. PPC2000 is one of these… 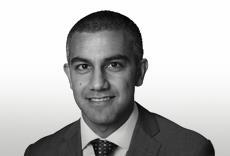 Discussions in the industry and the government have turned to ways in which building information modelling (BIM) processes can be contractually incorporated into construction contracts.

The legal, contracts and insurance division of the government’s BIM Task Group is, for example, “directing the drafting of scopes of services, protocols and contract amendments to enable the ready adoption of BIM level 2 on projects”.

One thing that is becoming apparent is that PPC2000, the ACA standard form for project partnering, written by Trowers & Hamlins, is uniquely set up for use for BIM level 2 - something the Ministry of Justice confirmed earlier this month.

At the Government Construction Summit, the ministry said that PPC2000 worked well without any amendments on the £20m refurbishment of Cookham Wood prison in Kent.

There is no magic to this. Partnering and collaboration, which are essential to BIM achieving its full potential, are embraced and encouraged by PPC2000. Unlike other contracts, which have partnering add-ons, collaborative aspects are already entrenched in the core contractual terms of this form.

One of the key provisions in PPC2000 that supports the use of BIM is the contractual pre-construction phase, which is designed to encourage early contractor appointment and input from the supply chain. It is this early engagement with contractors and specialists that has often been the key to success in projects, as these members of the project team are able to add value to the project by their early involvement in pricing, risk management, programming and design.

This involvement fits well with BIM where, in the “build-it-twice” environment, it is clearly a benefit for contractors, designers and the supply chain to be involved in the virtual build from an early stage.

Early engagement with the project team also creates a secure, open project planning environment that allows issues to be properly worked out and innovative solutions to be put forward without fear that innovation will go unrewarded.

The structure of the contractual relationships within PPC2000 also facilities the use of BIM. The whole project team can be appointed under a single multi-party contract, which allows the project team to develop a project in an open, contractual forum and a level playing field. Each member of the team is fully aware of the other parties’ obligations and duties and the timescales for performance.

The single contractual hub allows the design team to licence intellectual property material put into the BIM model to the other project team members for the purpose of designing the structure, and lets the whole team sign up to the same confidentiality agreement. There is also a single process for the whole contract team to follow in relation to communications, and a single process for resolving disputes.

Partnering and collaboration, which are essential for BIM, are embraced by PPC2000

The lead designer role is well set up under PPC2000 for the co-ordination of design. A sub-sect of this is the process by which a BIM manager is employed - an individual can be assigned to this role by the lead designer. Most importantly, PPC2000 has a contractual timetable for each of the pre-construction and construction phases that sets out clearly the timing of inputs of each member of the project team. A BIM protocol can therefore easily be integrated into the partnering timetable (and, in relation to the reviewable design during the construction phase, the project timetable).

The existing contract terms already ensure that the entire project team properly co-ordinates its inputs and complies with the contractual timetable.

Finally, already drafted in the standard form is the option of using project insurance, which, of course, makes most sense when used on a project where all of the project team are signed up to the same fundamental contractual obligations.

As one major client has already gathered and others are now picking up, if you or your clients are looking for contractual terms that accommodate the use of BIM you need not look further as PPC2000 has already done the work for you.

Assad Maqbool is a partner in Trowers & Hamlins