We haven’t heard the contractors’ side of the blacklisting argument 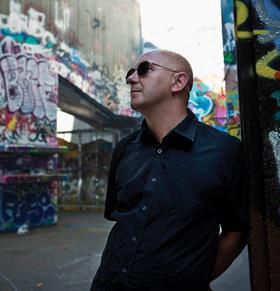 Citizen Smith (23 August, page 30) presents an overwhelming case for the workers who were the victims of the data supplied by the Consulting Association to some of our major contractors. Smith and his fellow complainants have made a fair case for the trauma of finding themselves unemployable for no apparent reason. Your article is yet another illustration of one man’s experience. And, if only the activities he claims were responsible for his blacklisting - reporting health and safety issues and overflowing toilets - few would argue against his case.

But we haven’t heard the contractors’ side of this argument yet. We do not yet know if there was a wider subversion by operatives, which the employers may claim would have justified TCA. We do not know of any alleged success in delivery of any buildings where “troublemakers” had been identified and excluded.

I recall, in the immediate post-war years - say up to the seventies - union influence on building sites was fairly benign and, perhaps by no coincidence, sites were lethal, protective clothing a joke, and sanitary facilities, welfare and canteens virtually non-existent. We have the unions, as well as legislation, to thank for current site conditions. There are two questions to ask at this point: has union influence on site management improved relations between employer and operative, and how often has the employer found that he has unwittingly employed an allegedly disruptive employee? I think the answer to the first is probably yes. The contractors will have to answer the second, but it is tempting to speculate that labour relations on the extensions to London’s Underground may well have sown the seeds of TCA.