Blockchain and the UK property industry: opportunities and risks

Despite the criticism, others are confident that blockchain, bitcoin, and bank-backed alt-chains and cryptocurrencies are here to stay 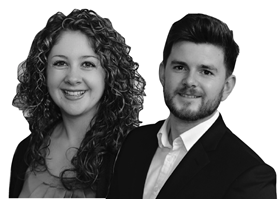 The potential for the UK property industry to make use of technology such as blockchain to develop “smart contracts” and more secure property transactions is well-documented, but what other opportunities might there be for the industry to use blockchain, and is there a risk that cryptocurrencies have peaked already?

This year the UK government announced plans to move HM Land Registry to digitised technology, such as blockchain, by 2022 under the project name “Digital Street”. While this might sound ambitious, other governments are ahead of the game.

Despite the criticism, others are confident that blockchain, bitcoin and cryptocurrencies are here to stay

In February 2017, the government of Georgia announced that it would work with tech developer Bitfury to begin the registration of all property transactions onto blockchain. By December 2017, over 300,000 land titles in Georgia were on blockchain.

Since Georgia led the way, Dubai and Ukraine are reportedly trialling the technology and the Swedish government has followed suit by completing a successful pilot to bring its land register onto blockchain.

For the UK government, its ultimate aim is to become “the world’s leading land registry for speed, simplicity and an open approach to data” and “blockchain is one of the underlying technologies that will be trialled”.

The creation of such trading platforms in the UK could potentially transform the UK property market, increasing competition and encouraging innovation.

However, technologies such as blockchain are not without their detractors. In its recent report for the digital currencies inquiry, the UK Treasury committee called for regulation of the “Wild West” crypto-assets market, and highlighted issues around volatile prices, hacking vulnerabilities, and minimal consumer protection.

Despite the criticism, others are confident that blockchain, bitcoin, and bank-backed alt-chains and cryptocurrencies are here to stay.