Nearly every Conservative says they are undecided. In short, like most of the public, the EU is not a big deal for them 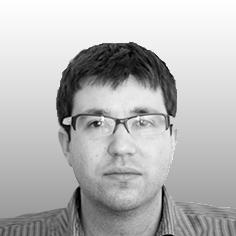 One of the Conservatives’ most intellectually brilliant ministers told me this month that he would vote for Brexit if he thought this was a country that had the buccaneering spirit to go for a high risk, high reward strategy. However, Britain will not, he reckons, accept perhaps a decade in the economic doldrums on the promise of a more agile, freer future.

He hasn’t decided whether to vote in or out at the referendum, but it’s pretty clear this minister has figured the country will vote to remain, so there’s no point risking political capital on arguing for out.

In Lord Anthony Bamford, the chairman of construction vehicles group JCB, construction has business’ most prominent Eurosceptic. He wants out, hating the European Union’s bureaucratic burden and spying better trade possibilities to the east.

Likewise small-scale entrepreneurs, particularly those from the technology sector, wonder what the concern is about - they reckon going it alone is worth a punt. So Lord Bamford isn’t alone.
However, he is in a minority among British business leaders, certainly among the biggest firms. We can’t all be entrepreneurs and most construction businesses are small “c” conservative. You have to be, in an industry where 2% margins are considered ok.

This silent majority has little to worry about from the Conservative Party. The Independent’s John Rentoul believes only around 30 of 330 MPs will vote for Brexit. My guess is 50 to 70, possibly a touch higher if the out campaign gets better organised.

Nearly every Conservative I speak to says they are undecided, that they don’t really like the EU but, provided David Cameron gets a reasonable deal, which he almost certainly will, there is no reason to vote out. In short, like most of the public, the EU is not a big deal for them.
They didn’t become MPs to fight for Brexit and even those who did are not guilty of the jingoism that infested the eurosceptic Tories of the 1990s. This is important. Without widespread Conservative support, the most effective electoral machine in England, the Brexit campaign will not succeed.

I don’t think Lord Bamford will win this fight. That will please the broader industry and business in general. Apathy will succeed - which, given the British nature, is not necessarily a bad thing.