Brexit: the stakes are too high not to shake our bad habits

We are not going to meet the economic shock of Brexit by building in the way we’ve always done. We have to embrace radical change 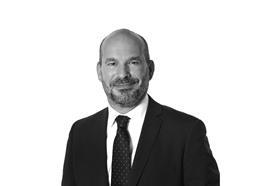 As we head towards Brexit, a potentially seminal point in our country’s political and economic history, I increasingly feel the construction industry is approaching an equally momentous moment, two years on from when I told it to Modernise or Die.

The stakes are high. Standard & Poor’s recent prediction of what a no-deal Brexit will look like includes the onset of a recession, a house price and commercial property crash, sterling depreciation, rising unemployment and reduced wages. Even before Brexit is defined, all the lead indicators and market sentiment studies suggest declining macroeconomic confidence irrespective of real economy fundamentals. Some would say we are already facing a housing and property market correction.

Whatever the size and nature of our organisation, we should be curious about a new wave of exciting technologies and digitally augmented processes

This is all in sharp contrast to the rosy picture set out by the chancellor in his latest Budget. Big-picture UK economics is the greatest imminent threat to the construction industry, which relies for two-thirds of its work on the private sector. The amplified cyclicality of our industry, linked as it is to fluctuating investment confidence and short-termism, lies at the heart of shaping the broken model we are desperately trying to change. The last thing we need now is a Brexit-induced or a speculative real estate-led downturn.

Our industry’s growing awareness and debate around the need to modernise has to be allowed to build momentum without external crises distracting everyone. With a plethora of government initiatives now aimed at supporting the construction industry’s transformation, via its own programmes and through influencing the wider industry, what is needed is a backdrop of economic stability. It is tough enough convincing businesses to do things differently in good times, it will be much more difficult in a declining market. The consequences of failing to act though are now even more apparent than when I published the Farmer Review two years ago.

In a period that has seen the Grenfell Tower tragedy, the failure of Carillion and a litany of headlines about poorly performing businesses and projects, it is clear the symptoms of failure are growing. The structural decline in our workforce, both in terms of headcount and competency, at all levels from boardroom to site, remains for me the biggest single cause of the growing sense of crisis. An unholy trinity of demographic, geopolitical and societal megatrends is already starting to degrade our industry’s model of periodically supplementing its highly traditional labour force.

If tough times lie ahead, then improved labour availability will be nothing more than a mirage, masking an incredibly difficult future for us. Our efforts to increase output following our structural foundations being once more undermined by a downturn will be very painful, making any hope of achieving homebuilding targets, critical infrastructure and commercial activity further away than ever.

Cost inflation, quality erosion and the level of project and corporate failures will be much greater than we have seen in the last few years. The government can help here by putting an infrastructure and public sector homes safety net under the industry’s workload. However, construction’s clients and the industry itself have to play their parts too. How? By moving away from the training and deployment of a non-resilient labour force that is facing the past, not the future.

We need to hold our nerve at this crucial point. Whatever the size and nature of our organisation, we should be curious about a new wave of exciting technologies and digitally augmented processes, which can change the skills mix and give us more certainty. This should not be seen as a distraction from business as usual or a side show; it is the only route to improved profit and better predictability as we fund more margin from productivity.

We also need to urgently retrain our workers and attract a new breed that can use that technology with those new processes. As an owner of a relatively young SME business myself, I can assure you there is now increasingly inexpensive game-changing technology directly applicable for most companies just a Google search away. Business leaders have a vital role to play here in establishing the right strategy and culture to bring these opportunities to life.

The bottom line here continues to be that we need to design differently, procure differently and build differently, all as a much more joined-up proposition that I have covered many times before in this magazine. It might sound dramatic but clients, advisers and funders who are asking for the same thing, including the old chestnut of a totally bespoke product at lowest cost secured via transactional procurement, are fatally harming the construction sector and their own reliance on it.

History tells us that if our market declines there will always be some in the supply chain who will be more than happy to perpetuate the vicious circle and store up a problem for the future. I am already seeing it in London’s early construction trade bidding behaviour, and some bargain-shopper clients and advisers sense blood. In reality, the power base will temporarily shift from tier twos to tier ones, the shape of the cycle will catch everyone out and we will go on the grand industry merry-go-round of failure once more.

When I was completing my review in 2016, a senior figure at the Infrastructure and Projects Authority suggested that perhaps my report should be titled Modernise and Die. His subtle point was that the industry as a whole wouldn’t change in unison but that different organisations would follow either a path towards the abyss or a sustainable future, a point I totally agreed with at an industry-wide level. Two years on, the question is increasingly, who has listened and who has not?