Listed buildings risk being stranded in the zero‐carbon economy, so we need a flexible approach to meet the challenge of improving them, writes Tony Barton

We are sleepwalking into a crisis that threatens one of the world’s greatest cultural collections – the UK’s historic buildings. The necessary reaction to the climate emergency will result in redundancy for our listed buildings unless there is urgent and creative action. 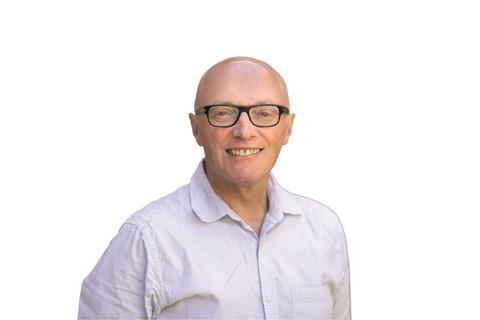 Our built heritage is truly as important to us as the paintings and sculptures in the National Gallery. Our history is embedded in masonry and timber – literally cut in stone – but, unlike other cultural collections, the very artefacts must adapt to the ever‐changing needs of the populations who inhabit, enjoy and use them.

The creative conservation of old buildings has enabled them to, for example, meet the needs for increased fire safety and access for the less abled. Now is the time to rise to a greater new challenge.

Many listed buildings risk being stranded in the zero‐carbon economy because of their perceived inability to match up to Passivhaus standards by accepting interventions needed to draught‐proof, insulate and accommodate carbonless means of heating. To gain a glimpse of the problem, compare the EPC (energy performance certificate) ratings for a traditionally built house and those for one on a modern estate; A or B for the modern but a damming and dangerous E or F for the older dwelling.

Heritage and construction professionals point out the cursory nature of determination of the ratings, the lack of any acknowledgment of embedded carbon or the thermal bank of solid masonry walls. These are valid points and are given good exposure by the UK heritage authorities, but this is not enough.

We need a sea change in how we adapt historic buildings or else potential occupiers will go elsewhere, seeking shelter that conserves the planet but threatens much of what shapes our national identities.

In addition to removing VAT for work on listed buildings, the government may have to update the legal framework within which heritage professionals operate in order to help us meet the challenge.

We at Insall pride ourselves on working with conservation officers; we invented the profession, and we align ourselves to the philosophy of constructive conservation, working with rather than against those who are charged with protecting our listed buildings.  However, on the issue of making fundamental, and permanent, interventions to reduce the carbon footprint of sensitive and important buildings, I do not yet see an engagement from the heritage authorities in dealing with the climate emergency and its consequences for the stock in their care.

This is probably because of the terms of reference that apply to any change requiring listed building consent – the National Planning Policy Framework (NPPF) in England and its national counterparts. The concept of “harm” to a significant building or part of a building will be applied to any physical proposal to add insulation, secondary glazing or an air-to-air heat pump into a listed building.

Unless this changes and conservation officers are given the tools and means to encourage sensitive but vital improvement in the measurable thermal performance of historic fabric, the unintended consequence will inevitably be the assets in their care becoming obsolete and irrelevant for this and future generations. Surely no one would argue that having a host of uninsulated but uninhabited heritage “assets” is preferable to a generation of sensitively and professionally remodelled historic buildings adapted to meet the challenge of a zero‑carbon future?

Take the example of a medieval church that is still serving as the focus for its community, which is not only struggling to pay its annual heating bill (£10,000 per annum is typical for only part‑time use) but also wishing to do its bit for the planet and extend its relevance and service to more people. Unless we return to the 17th century and expect visitors to dress for church attendance as if they were going to sit in a field, then the stained-glass leaded light windows will have to have secondary glazing.

It is not a question of if but how, although I can feel the reaction of the authorities’ representatives as I write this – they are charged with protecting historic buildings from “harm” as defined by the NPPF and will legitimately and automatically, in some cases, oppose such an intervention. What then?

We have the skills, technology and creative ability to make these very necessary changes to our historic buildings

Many older buildings do not need to insulate their walls (although they really all have to improve their windows) and adding insulation to the exterior would completely change their character.  So, where necessary, could we agree to remove decorative skirting and plaster cornices and refit them after adding a layer of wood fibre or cork and replastering?  The NPPF is lined up against such intervention, describing it as “harm”.

We have the skills, technology and creative ability to make these very necessary changes to our historic buildings. There are, of course, many other issues to address, but central government support for sensitive and measured improvement is the first step in giving our historic buildings a zero-carbon future. We all want it – so update the NPPF now, before it is too late!