Chris Wise is co-founder of Expedition 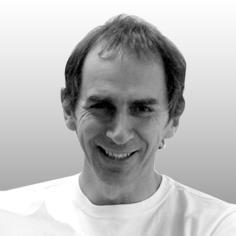 Engineer Chris Wise co-founded Expedition in 1999, after a successful career with Arup during which he became their youngest director. Expedition has a trail-blazing ethos and runs as part of the Useful Simple Trust, an employee-benefit trust without human shareholders, which Chris chairs.

Either as design lead or with many of the world’s leading architects including Rogers, Foster, Hopkins and Renzo Piano, his is the guiding hand on the engineering of many projects including the 2012 Olympic Velodrome; American Air Museum, Duxford; Barcelona Bullring; London Millennium Bridge; Barcelona Communications Tower; Channel 4 HQ, London, Las Arenas Barcelona. His approach to projects was captured by Richard Rogers, who said said “Chris thinks like an artist and acts like an engineer”.

In 2009, under Chris’ leadership, Expedition won the IStructE’s Supreme Award for the Infinity Bridge over the River Tees, and in 2011 won the Supreme Award again for the Velodrome. In academia, he has been design professor first at Imperial College, London, where he co-founded the Constructionarium, then Yale, and since September 2012, at UCL, London.

He served for nine years as a trustee for the Design Council. He was master (president) of the RSA’s Royal Designers from 2007 to 2009, a position once held by Barnes Wallis. He is a fellow of the Royal Academy of Engineering, and of the Institution of Civil Engineers, and an Honorary Fellow of the RIBA.

In October 2012 he was awarded an unprecedented double, winning Gold Medals for his outstanding contribution to the engineering profession from both the IStructE and the ICE.