Why wasn’t construction at the Royal Academy of Engineering’s Global Grand Challenges Summit? 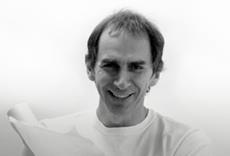 Sometimes the world shifts on its axis, and it did for me at the Royal Academy of Engineering’s Global Grand Challenges Summit this spring.

I was invited to meet the press beforehand, with a quiet American called Craig. I spoke for a moment or two about my hopes for the education of the next generation of engineers, and why design is the stuff of life.

Then came the first question for Craig.

“Dr Venter, is it true that you have now made fully artificial life in your laboratory?” Great big blistering barnacles, did they really ask him that? Who is this bloke? And lo, my world tilted, whoosh. “Not yet”, said Craig quietly, “but you’ll be the first to know when we do”. Craig Venter, the sequencer of the first human genome (his own), and I hadn’t even realised I was sitting next to him. What an ignoramus! As we traipsed out of the press room into the conference hall, I found myself next to a large man in a very sharp suit. “And are you one of Craig’s genetic engineers?” I asked, in my best small-talk. No answer. “Project management, PR, make-up?” I blather on. “Not really. More … personal security”. Ah.

I had originally planned to leave after Venter’s keynote address, but then up steps Angela Belcher, who is professor of energy in materials science and engineering and biological engineering at MIT. I find I’m glued to my seat, deciding that someone else will just have to go to my end-of-year accounts meeting.

I hang on Belcher’s every word, beginning with: “How do you go from a DNA sequence to a self-assembling battery? Get past a 50-million-year evolution problem by doing a billion experiments in the lab at a time.”

If we can grow a battery, is it really the case that we can’t grow better, less toxic building components if we put our collective minds to it?

She goes on: “It’s pretty simple genetic engineering, where you go in and cut and paste DNA sequences”. To be honest, Angela, that doesn’t sound all that simple. Then you “do a billion experiments and then search through and find the one that can build a better solar cell or build a better battery. Take the one out of a billion that works, then amplify it to make a billion copies. You go through this process about five times looking for the one that can grow a better battery, that is built biologically, built at room temperature, built non-toxically, and assembles itself, making lithium air batteries at least three times more efficient than a lithium ion battery.”

My goodness, did she really just say that her lab has “simply” bred a creature that can not only generate electricity but can also manufacture itself to work 300% better than the competition? Well yes, she did, but Belcher then moved closer to buildings as she explained how to get a genetically engineered 33% improvement in solar cells, by (simply?) evolving a virus that aligns carbon nanotubes into its cell structure, to straighten out the otherwise-random electrical path. If you want to try the whole world-tilting experience for yourself, I recommend you look at Belcher’s 15-minute talk on the Royal Academy of Engineering website.

All the speakers’ achievements were transfixing, and I stayed for the whole two days of the conference. Themes were sustainability, health, education, enriching life, technology and growth and resilience. It was all topped off by Bill Gates over the satellite, who reminded everyone that the money spent in the US on curing male-pattern baldness is “an order of magnitude” more than that spent on a globally effective cure for malaria.

And as I sat there, I was struck repeatedly that, in an audience of 400, our industry wasn’t speaking. None of the big global consultancies were on the stage, apart from Arup speaking on “resilience as disaster prophylaxis”. Architects, city planners, infrastructure engineers all absent. Energy - unimaginative. Concrete and steel - missing. I’m not going to speculate, but simply ask: where were you? If the building industry doesn’t have a part to play in these issues, what exactly do we think we are doing?

I’m not going to speculate, but simply ask: where were you? If the building industry doesn’t have a part to play in these issues, what exactly do we think we are doing?

If we can grow a battery, and grow a better solar cell, is it really the case that we can’t grow better, less toxic building components if we put our collective minds to it? If we can wise up to learn that investment in vanity products like baldness cures may not be quite as important as delivering infrastructure to cure life-ripping disease like malaria, why not re-engineer the supply chain that still only produces I-beams?

Asked for the one thing he’d really like to have designed, Gates thought for a moment and, as one of the world’s richest men, said, “I’d like someone to engineer a better vacuum flask to stop vaccines being destroyed in the African heat.” He used the word “engineer”. It was profound, moving.

Why can’t that world-changing engineer be one of us?