Clear laws without fuzz: Health and safety in the UAE 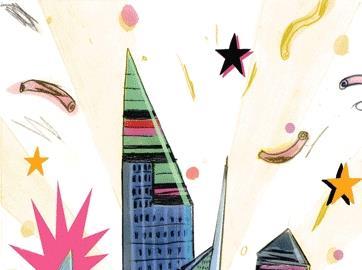 UAE confidential: Abu Dhabi’s response to on-site health and safety lapses has been to call in the cops. Thomas Van de Wijngaart and Emma Shepherd welcome early signs of change

Construction-related health and safety law in Abu Dhabi differs considerably from the clear legislative framework many will be familiar with elsewhere, relying on a punitive rather than preventative enforcement policy. However, the emirate’s department of municipal affairs has recently adopted a health and safety code of practice that is a big step forward.

A typical legislative structure involves primary legislation that sets out overarching principles and establishes an agency to enforce them. This is complemented by subordinate legislation or regulations dealing with particular industries and associated codes of practice that clarify the standards to which entities must work. For example, in the UK the Health & Safety at Work Act 1974 is supported by the Construction (Design & Management) Regulations 2007 and an Approved Code of Practice.

The situation in Abu Dhabi

The UAE has a two-tier system: federal law, which applies to all seven emirates, and local laws, which are confined to the emirate in which they are enacted. No single piece of federal legislation is dedicated specifically to health and safety.

There are various laws that address aspects of health and safety, albeit in general terms. The labour law, which oversees the rights of employees, includes guidelines on protective equipment, first aid and medical facilities.

The guidelines are generic and apply equally to a variety of workplaces, so the provision for first aid supplies states: “Each employer shall provide one or more first aid boxes containing medicines. The ministry of labour and social affairs may prescribe bandages, antiseptics and other first aid materials.”

This is likely to be of limited practical use after accidents on construction sites.

Ministerial decision 32 in 1982 fleshed out the provisions in the labour law for the construction industry, but it did not provide technical requirements or standards that could be used to assess whether an entity is acting legally. Similarly, while the penal code deals with acts or omissions causing personal injury or death, the provisions do not relate specifically to health and safety or construction. They might equally apply to someone causing death by dangerous driving.

Abu Dhabi’s code of practice, although of limited legal force, recognises that a preventative approach is likely to be more effective than a punitive one

The new code of practice for construction projects introduces detailed obligations for on-site health and safety, including training, reporting procedures and safety engineers.

So far, however, it has not been enshrined in law. This means not only that it cannot be reliably enforced through the courts but that those involved in construction in Abu Dhabi have limited knowledge of its existence.

Nonetheless, its existence shows the increasing emphasis the authorities are giving to on-site health and safety issues.

There is no statutory body in the UAE to oversee health and safety. Among its many roles, the ministry of labour is the authority charged with enforcing most heath and safety laws. In reality, however, it is the police who investigate accidents on construction sites and decide whether anyone should be prosecuted. Aside from the fact that they have little or no training for investigating such accidents, involving the police introduces a criminal aspect from the outset, often resulting in a defensive rather than a co-operative response.

Abu Dhabi’s code of practice, although of limited legal force, recognises that a preventative approach is likely to be more effective than a punitive one. It focuses on issuing improvement and prohibition notices before a potentially fatal accident occurs.

Although the regime can make it difficult for firms to assess compliance with health and safety law, the government is considering legislative systems that should clarify the approach. At federal level, a revised labour law is expected that will tackle minimum standards for compliance and the workplace.