How fair is the HSE's recovery scheme? 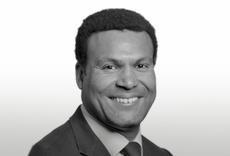 The Health and Safety Executive announced at the end of June that its cost recovery scheme will come into force on 1 October 2012, subject to final parliamentary approval.

There has been much discussion about the cost recovery scheme, because the regulations that implement the scheme impose a duty on the Health and Safety Executive (HSE) to recover costs from duty holders when they are found to be in material breach of health and safety law.

The two key principles behind the scheme are: that the costs associated with a breach of health and safety law should be borne by the duty holder and not by the taxpayer; and that the threat of potential cost recovery should act as a deterrent against those who breach health and safety law.

The cost recovery scheme will apply when an HSE inspector:

It will be a matter for the inspector to determine whether a breach is sufficiently serious to justify written notification, which will in turn trigger a duty holder’s liability to pay the HSE’s costs.
The HSE will be entitled to recover the full costs of any intervention and the fee payable by any duty holder who is subject to any of the above action will be based on the inspector’s time, which is charged at £124/hour. As matters stand, the HSE will have very limited, if any, discretion over whether to apply a fee in respect of any intervention, because they will have a legal duty to recover costs.

The cost recovery scheme has several potential implications for the construction industry, on which the HSE still focuses a significant amount of its enforcement activity. One of the key concerns, which has been reflected in feedback in blogs and elsewhere, is that contractors and others in the industry will perceive the cost recovery scheme as an opportunity for the HSE to maximise its income, particularly in the present economic climate. This may harm the constructive relationship that many construction firms have with the HSE.

Concerns have also been raised over the proposed appeal process. Anybody who believes they have been unfairly charged under the new scheme will have an opportunity to appeal against those fees. However, such appeals will primarily be dealt with internally by the HSE. If such an appeal is unsuccessful, the costs incurred by the HSE will be added to the underlying costs of the intervention and charged to the duty holder.

Aside from enforcement one of the HSE’s key roles is to provide advice to the industry. This is particularly the case in specialist sectors or where smaller organisations are carrying out specialist work. There is concern that some companies may be reluctant to seek advice from the HSE if they consider there is a risk they will be charged for that advice. This is only a matter of perception, as the regulations do not provide for any fee to be charged by the HSE for this service. However, it is another part of the potentially negative impact of the cost recovery scheme.

Although there might be some truth in the HSE’s statement that those who do not breach health and safety law do not need to be concerned about the cost recovery scheme, there are clearly concerns about the operation of the scheme in practice. Also within the construction industry the scheme is likely to have the most significant impact on SMEs, who are already dealing with a heavy regulatory burden and are operating under significant economic pressure.

Hopefully the HSE will issue guidance on the cost recovery scheme shortly, at least to allay some of the concerns the industry has about its implementation.