Commonwealth Games - all eyes on Birmingham 2022

The Commonwealth Games are years in the making. Here, Lucy Homer of Lendlease runs through the sheer scale of the task ahead of the delivery team 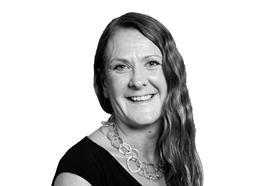 The Commonwealth Games in the Gold Coast were a feast of great sport and a fantastic spectacle, with fabulous venues in beautiful locations.

With the baton now passing to Birmingham the pressure is on to match the spectacle. Certainly Team England will be looking to get closer to Australia in the medal table in four years’ time!

But it’s not just the athletes that will be looking to excel. The West Midlands may not have the beaches to match Queensland, but Birmingham 2022 will want to put its best foot forward and ensure the Games experience is as dramatic and successful as those that have gone before, if not better.

Planning is already well under way, of course – and now crucial decisions to determine how the infrastructure for a successful Games will be delivered need to be made.

The unique challenge of hosting a Games cannot be underestimated. There are very specific problems to overcome in delivering major sporting events, which always come with an immoveable deadline.

This is particularly so when it comes to the temporary infrastructure, or ‘overlay’. In an age when budgets are under scrutiny and a sustainable legacy (rather than creating white elephants) is so critical, the creation of temporary venues to expand capacity for the short Games period, is an increasingly important aspect of any Games planning.

But ‘overlay’ goes beyond the venues themselves. It covers everything from temporary power, seating, tents, portable buildings, toilets, fencing, exhibition equipment, and lighting, to ground work and internal build-out in existing buildings.

Imagine, if you can, turning a Commonwealth Games site upside down and shaking it all about – all the non-permanent infrastructure that would fall out is ‘overlay’.

Planning, designing and constructing all of that is a herculean task. Temporary venues and other aspects of the overlay must all be planned down to the very finest detail well ahead of Games time and then construction needs to be executed in a very short window – as little as four weeks - to limit the time venues or other sites, which may have a community use, are unavailable to the public.

All this is done within the pressure cooker environment of hosting a Games. Who can forget the intense media scrutiny ahead of London 2012, when there were grave doubts that the Games would be ready on time? As it turned out, the London Olympics, where Lendlease developed and built the Athletes’ Village, was one of the most successful ever – and the legacy is still being realised today.

From our experience, how the client sets up the delivery body for the infrastructure and overlay is critical in helping making the Games and the ongoing legacy a success.

The range of support our teams were called on to provide was extensive, as you would expect. This included project feasibility review, scheduling and scoping of all standard construction work, procurement and construction and health and safety management on site.

Although the nature of the task at each Games was similar, our role in relation to the client was slightly different: in Glasgow, we were a delivery partner within the client body, whereas on the Gold Coast we were contracted under a more traditional design and build model.

This is an important difference – and while at both Games the overlay was delivered to our very highest standards, we think the Glasgow model is particularly well suited to the challenge of the task, as it allows for a better communication across a highly complex project and smoother execution.

Being part of the client body means when time is running short, the pressure is on, and changes need to be made or improvements put in place, the conversation is subtly different to that under a more traditional contractor model. Under the traditional model, the perception may be that the contractor is seeking changes only to extend the programme or boost their fee when in fact they are only identifying issues and trying to execute projects to the very highest standards.

In short, making the delivery partner part of the client body reduces the potential for miscommunication, friction, confrontation or delay, as everyone is part of the ‘home’ team.

With the pressure on ahead of Birmingham 2022 – and the clock ticking - big decisions need to be made to ensure the Games are delivered successfully. The first one is setting up the client body in the right way to ensure everyone is pulling in the same direction.

In that way Birmingham 2022 can put itself in the best position to create the perfect stage for our athletes to excel and showcase everything the city has to offer to the world.