Construction has never been so crucial

As the government finalises its industrial strategy, Mace has some suggestions for boosting construction output 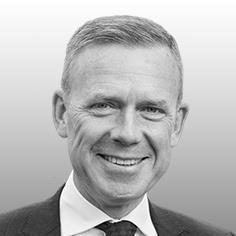 Since taking up his post Greg Clark has warned that the country is visibly uneven and that any successful industrial strategy must be local if it is to tackle the problems that hinder our regions.

To achieve this, it is essential that we invest in transport infrastructure schemes such as HS2, HS3 and the trans-Pennine tunnel to improve connectivity, particularly in the north of England, where reduced journey times would increase the number of job opportunities available to workers, enable businesses to choose from a wider talent pool and empower the northern powerhouse to reach its potential.

Post the Brexit vote, as we prepare to deepen our trade ties with the rest of the world, the UK also needs to invest in transport projects that enable British companies to better connect to international markets – a third runway at Heathrow will enable our hub airport to connect to 40 new direct long-haul routes – including better links to regional airports such as the proposed tram/train to Leeds Bradford Airport and rail links to Doncaster Sheffield airport.

New infrastructure projects will also provide a legacy for British construction, giving our industry a shop window where we can sell our expertise to the world.

We believe the British government should consider using some of the funds generated by the Apprenticeship Levy, in order to create a new technical qualification in ‘infrastructure delivery’

Construction has never been so important to the country’s industrial strategy. At a time when the UK has a pipeline of nearly £500bn of new infrastructure and major construction work across the public and private sector, even modest improvements to productivity in the industry could have a tremendous impact on the national economy.

To boost output and dramatically speed up delivery in construction Mace has published a new report identifying four main areas of improvement:

It is vitally important that all parties involved in the delivery of larger projects are seen and treated as partners, rather than hirelings to execute the terms of a contract.

Having an unequal relationship between parties, means that often onerous contracts are drawn up by procurement teams, which can lead to an adversarial relationship from the beginning.

Incentives for benefit sharing, which help both the client and the contractor, has been shown to greatly improve results, including, pooled bonuses which are paid out if the project comes in on time and on budget and a payment schedule based on achieving key milestones, rather than end-of-month payments.

Standardising and modularising components can save costs and time. At Mace we’ve made significant advances in this innovative technique that can be applied to major structural components as well as key building service units, cladding and curtain wall panels and internal fittings such as bathroom pods. Modular building service units off-site allows for pre-commissioning, certification and higher quality control. Our research and experience shows we are able to deliver above ground areas at least 15% faster, with 60% less lorry movements and 40% less materials.

Greg Clark is right to concentrate on local issues in his industrial strategy. A major barrier to the delivery of many major schemes is the extent to which local residents support the development. While national growth and jobs are important, given the potential effects of infrastructure investment, it is strange that so much of the discussion is focused on the national benefit. Local communities are more likely to support developments if they understand the potential benefits to them. Research by the CBI shows that people think arguments around quality of life for local people (47%), local job opportunities (44%), and the local environment (37%) are more important than the national picture.

To maximise the legacy of our major infrastructure projects it is hugely important that we regain the mindset that new infrastructure is a bold statement of a local community’s vision for its shared future and empower stakeholders to be proud in taking that journey as a community to improve their future prospects.

By the end of the decade, the UK could see a 25% decline in the construction workforce available, as older workers retire and we exit the European Union.

We believe the British government should consider using some of the funds generated by the Apprenticeship Levy, in order to create a new technical qualification in ‘infrastructure delivery’ which is equivalent in value to a degree.

We also believe some of these funds could be used to encourage a wider pool of young people to consider a career in construction, something which is currently prohibited by the rule around the levy.

Jason Millett is COO for Major Programmes and Infrastructure at Mace