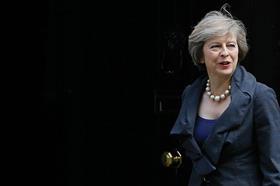 The government has shifted its focus from the Northern Powerhouse to what Theresa May has called a “proper industrial strategy”, in a move widely seen as a thinly-veiled snub for George Osborne’s pet project.

May chaired her first meeting of a new cabinet committee on industrial strategy yesterday, featuring 11 secretaries of state. The prime minister told her colleagues the aim was to build an economy “that works for everyone”.

She said: “We need a proper industrial strategy that focuses on improving productivity, rewarding hard-working people with higher wages and creating more opportunities for young people so that, whatever their background, they go as far as their talents will take them.”

The committee will look at addressing long-term productivity growth, encouraging innovation and focusing on the industries and technologies that will give the UK a competitive advantage.

It brings together secretaries of state from the business and energy, pensions, health, environment, culture, international trade, education, defence, communities and transport departments, as well as the chancellor and prime minister.

SME builders welcomed the launch. Richard Beresford, chief executive of the National Federation of Builders (NFB), said: “The adoption of a cross-departmental approach means that an industrial strategy is less likely to be sidelined as happened to those championed by Liberal Democrat business secretary Vince Cable during the coalition.

“The construction industry remains a key factor in driving the country’s economic performance for the foreseeable future.

“We hope the government keeps this in mind as it developed its strategy over the coming months.”