Crossrail? Don’t worry, another delay will be along just after this one. Plus, nostalgia at the Town and Country Planning Association, memories of a saner Britain and one company stays under the news radar

News of the general election couldn’t have come at a worse time for Crossrail, which is getting out the begging bowl for an extra £400m to £650m. Last week Transport for London (TfL) chief financial officer Simon Kilonback gave an update to the TfL board – TfL is part-funding the job with the Department for Transport – on how the search for cash is going. “Clearly, given the current pre-election period, we are unable to talk to ministers with the mayor about how this ought to be allocated and found,” he said. Another delay, then. And with the London mayoral election only six months away, the next stoppage is surely just around the corner.

Making it up as you go along

At the same meeting, the railway’s chief executive Mark Wild glossed over a truly boggling statistic. Explaining how the previous management had reckoned the time needed to trial run trains through the critical central London section would be less than 10 weeks, he added: “It’s actually a period of nine to 12 months.” The previous management seem to have lived and breathed baseless optimism.

>> Read: Another setback for Crossrail as trial running delayed until summer

Off to the Town and Country Planning Association annual conference at the Coin Street Neighbourhood Centre on London’s South Bank, where the organisers were urged by conference speaker and Urban Splash founder Tom Bloxham to dim the bright lighting in the room so people could see his presentation slides. As the lights went down, one wag in the audience began to hum the Asteroid tune from the old Pearl & Dean cinema ads – readers of a certain age would no doubt recognise the famous “Pa-pa-pa-pa …” – which rather gave the game away as to the age profile of those attending.

An Arcadis bigwig recently sat in on a focus group in Watford where participants were asked what slogan they would come up with for the UK, along the lines of Donald Trump’s “Make America Great Again” message in 2016. Boris Johnson might think he’s nailed it with the mind-numbing “Get Brexit Done” but the focus group, wearied by the madness of the past few years, came up with this gem: “Make Britain Normal Again”.

On the up and up

Rider Levett Bucknall operations director Dean Sheehy recalled being a project manager for Bovis on the firm’s job to build a research and development site for the pharmaceutical giant Pfizer at Sandwich in Kent two decades ago. The site was spotless, he says. “We could have eaten off the floor.” And what fuelled this luxury? Erectile dysfunction, it seems. “[Pfizer had] just discovered Viagra, so money was no object.”

>> Interview: We fought a shark… and won: Rider Levett Bucknall talks to Building

No news is… no news

The announcement that Otak (no, me neither) had bought a stake in London consultant K2 sent my hacks scrambling to the US firm’s website for what is known in this game as a bit of background. It turns out news is rather thin on the ground at Otak. So far, no press releases have been issued this year and just the one was published last year. So perhaps it wasn’t a huge surprise that, opening the tab marked “media coverage”, visitors were told there had been no media coverage in 2018 or 2019. Talk about avoiding the limelight. Still, my hacks did manage to squeeze a story out of the company for page 15 of the print magazine. 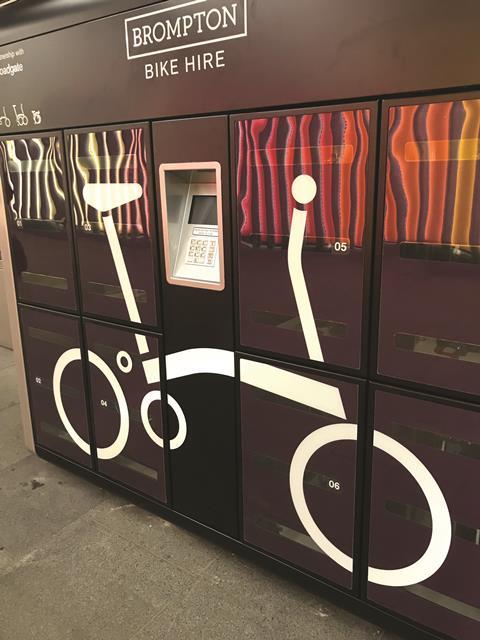 Last week, one of my hacks couldn’t help noticing the most recent addition at Broadgate. No, it’s not Sir Robert McAlpine’s 100 Liverpool Street project, which is set for completion before the end of the year, but a new Brompton bike hire station. While Boris and Lime bikes often litter the streets of London, the latest entry to the market does allow the hire bikes to be neatly folded and stored in a way that would surely delight Marie Kondo. We’ll just have to hope the pavement won’t be blighted by hordes of City workers struggling to collapse the uncollapsible.