This month, a sudden flurry of tales from on high

It was apt that news of plans to build the Tulip being kicked firmly into touch by communities secretary Michael Gove came through just as delegates at a Council for Tall Buildings conference were hearing about how the City’s tallest tower had been built. The event took place on level 55 of 22 Bishopsgate, which is pretty much next door to the planned site of the Tulip. At that height, it offers great views of where the Tulip might have been and, after reading the decision, it rather looks like 22’s dwellers will be looking down at an empty site for some while yet.

At the same event, WSP boss for buildings and property Kamran Moazami was speaking about his firm’s role on the 278m-tall tower. He was affectionately introduced as “Kamran can” by council chair and Alinea partner Steve Watts, another firm which worked on 22. But Moazami tells one of my team it was nearly “Kamran can’t” if fate hadn’t intervened. He studied in the US in the 1970s and was readying to go back to his native Iran but the airport in the capital Tehran was shut. So he stayed in America instead. It was 1979 and the year of the Iranian revolution and US hostage crisis. A year later, he notes, the Iran-Iraq war began.

The Council for Tall Buildings event took place on level 55 of 22 Bishopsgate which is pretty much next door to the planned site of the Tulip. At that height, it offers great views of where the Tulip might have been

The world at your feet

Every tall building seems to have a viewing gallery, or at least plans for one, nowadays. The one at 22 Bishopsgate is due to open next spring. But smaller buildings do, too, including Renzo Piano’s Paddington Square, sometimes known as the Cube – much to the chagrin of developer Sellar. So far so normal, but I’m told the gallery at Paddington Square, which will have views looking out onto Hyde Park, will also have a glass floor. Yikes!

Meanwhile, the viewing gallery at Tate Modern continues to cause controversy, with the overlooked residents of RSHP’s Neo Bankside flats now fighting their case in the Supreme Court. QC for the Tate has repeated suggestions that “the judicious use of net curtains” offers a solution. QC for the residents, however, shot back: “The problem is that the Tate are inviting hundreds of thousands of strangers each year into their property … for the viewing … of a scene … which includes the appellants’ homes.” “This”, he concluded, “is something that all of us would consider to be completely intolerable if we encountered anything like this ourselves.” Much as I would love to put myself in the position of being stared at in a multimillion-pound London flat, I feel this may not be the year.

Not so elevating, perhaps

An unfortunate choice of word to use, perhaps, in a press release from a firm that specialises in lifts. Figures from Kone not surprisingly reveal the average number of lift journeys in leading European cities between February and April last year was down 80%. The exact word used in the blurb was “plummeted”.

Old MacDonald had a fry-up

Two of my hacks found themselves at the studio of architects Feilden Fowles, which is located on the same former bombsite as Waterloo City Farm. Fergus Feilden, co-winner of this year’s Architect of the Year, is the brother of Jamie Feilden who set up the charity Jamie’s Farm down in Somerset to give deprived city kids a taste of the countryside. It’s been so successful the charity has expanded to other farms – and to this little London outpost. My hacks loved the farmyard. The animals are a changing cast and at one point there were some pigs living there too. But some of the vegan volunteers were so upset by the thought of the porkers becoming sausages that they bought their freedom, in order to rescue them from the inevitable.

Caution to the wind 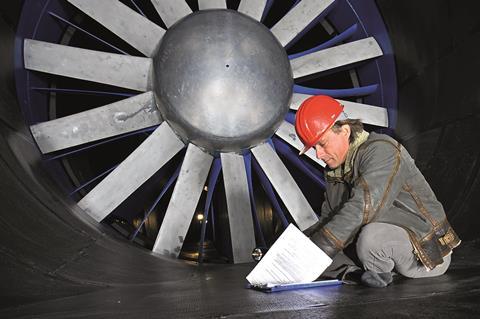 We often find ourselves battling the elements, but an engineer from WSP told my hack that one journalist once requested to try out a wind tunnel while on a trip to a testing centre. The engineer (not pictured, I should add) duly obliged, securing the reporter with rope and cranking up the machine to hurricane speed. My hack fancies having a go too. Blow me.