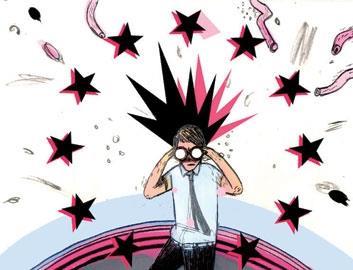 The European commission is planning to strengthen the construction market by replacing the Construction Products Directive (CPD) with a new piece of regulation that will remove all remaining obstacles to the free circulation of construction products in the European Economic Area (EEA) on 26 May.

The main objective of the original CPD, which was introduced in 1989, was to remove barriers to trade by replacing national standards and approvals with a single set of European specifications for products. Under the CPD, any product bearing the CE mark is expected to meet European standards and can not therefore be refused entry to any EEA markets on technical grounds.

However, the implementation of the CPD revealed several weaknesses in it. Member states have complained that the burdensome procedures involved in ensuring a product meets the CE standard have meant that the concept of free movement of products is meaningless.

The commission realised that the CPD had only partially eliminated barriers to trade and had fallen short of the goad of allowing free circulation and use of construction products in the EU. It identified the need to evaluate the impact and effectiveness of legislation in the construction sector as a priority.

The results of a consultation confirmed the need for a harmonised legislative framework and clarification concerning the fundamental elements of the CPD, including the actual meaning and status of CE marking, as well as its acceptance by national authorities and users of construction products. Most of the stakeholders said the administrative procedures involved in getting the marking for products needed to be streamlined.

Simplification is the overriding theme of the proposed new regulation. This is characterised by a number of measures aimed at easing the route to getting CE marking. The procedures for obtaining a European technical assessment will be simplified and clarified, as will the meaning of the CE marking for construction products.

The proposed regulation will also introduce new and stricter criteria for notifying third-party bodies carrying out tasks such as assessment and verification of performance.

The proposed regulation will now be debated by the European parliament and the council of ministers. A final decision on the text is expected to be announced by the end of 2008.