Was there a sufficiently strong prima facie case of contempt to allow committal proceedings to be brought against BPS’s directors? 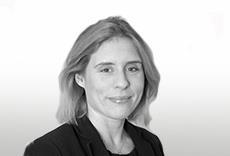 In March 2010 Sheer Projects Limited (“Sheer”) entered into a contract with Berry Piling Systems Limited (“BPS”) for secant piling. A dispute regarding BPS’ entitlement to payment arose. In October 2011 BPS referred the dispute to adjudication claiming £78,000. They were awarded £20,551.87 plus VAT.

Sheer refused to pay and started arbitration proceedings in December 2011. Sheer also resisted BPS’s enforcement proceedings on the grounds that BPS would be unable to re-pay the judgment sum. As supporting evidence for this contention BPS relied on expert accounting evidence. In response BPS produced witness statements from two of their directors. Both directors (whose witness statements included a Statement of Truth) described BPS as a solvent profitable going concern with good prospects. The Judge enforced the adjudication decision on 21 February 2012 and Sheer paid up.
BPS went into administration in May 2012 and did not participate further in the arbitration process. In July 2012 the arbitrator awarded Sheer just under £100,000 plus interest.

Sheer’s representatives wrote to BPS’s two directors seeking an explanation of the positive comments in their witness statements regarding BPS’s solvency and intimating an application for committal for contempt of court. The directors did not respond.

Sheer then issued an application for permission to bring contempt proceedings against the two directors under CPR 32.14. This provides:

“(1) Proceedings for contempt of court may be brought against a person if he makes, or causes to be made, a false statement in a document verified by a statement of truth without an honest belief in its truth …

(2) Proceedings under this rule may be brought only – (a) by the Attorney General or (b) with the permission of the court.”

In bringing their application Sheer relied heavily on the conclusions of their expert accountant.

Was there a sufficiently strong prima facie case of contempt to allow committal proceedings to be brought against BPS’s directors?

Mr Justice Akenhead reviewed the authorities as to when the court’s permission should be given to bring proceedings for contempt of court. He noted there were five elements that needed to be satisfied in order for an application to succeed. These were that: there must be a strong prima facie case against those accused; this must be found without straying into the merits of the case at that stage; that the public interest required committal proceedings to be brought; that such proceedings were proportionate; and, in accordance with the overriding objective. Of these requirements, the most important was that there was a strong prima facie case of contempt.

Having analysed the authorities Mr Justice Akenhead then reached the view that, while Sheer’s expert accounting evidence (and the documentation relied on) just about established a prima facie case, it did not establish a strong case. His reasons included that the expert evidence was only predicated upon a limited analysis of 7 debts. Mr Justice Akenhead noted that the expert:

“…seems to have carried out no more than a desk top or paper investigation. He does not reveal whether he wanted to or did carry out any forensic investigation.”

No evidence had been brought that the directors had made any decisions regarding administration by early February 2012 let alone taken any steps regarding it.

Given the lack of a strong prima facie case Mr Justice Akenhead went on to hold that it would be wholly disproportionate for matters to proceed to a committal proceeding given that the amount involved in the original case was only £24,000 and the parties had already spent between £50,000 to £60,000 in costs. As such it was not in the public interest to allow the application and it was dismissed.

Although the application in this case was dismissed, the case should serve to remind those providing witness statements with a signed statement of truth about the potential consequences of doing so without belief in its truth or where they are conscious that they do not actually know whether it is true or not.