Danger on our roads

It’s been an awful week for cyclists in London 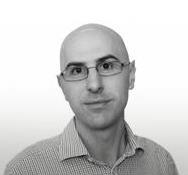 Last week when Building published a feature on the role construction vehicles play in killing cyclists, London’s cycling death toll for the year stood at eight. As Building went to press this week, that figure had risen to 12 as the lives of four more cyclists were claimed in one awful week including the renowned planning and architecture expert Francis Golding.

Golding died last Friday, two days after he was hit by a coach near Holborn tube station. Although he was not hit by a construction lorry, we know that construction vehicles are disproportionately involved in these kind of deaths so this is an issue the industry can do something about.

If any good can come from Golding’s untimely death it is to inspire us to action. Golding - who worked on some of London’s most high profile developments - spent his life improving urban design so it is a grim irony that the outmoded design of the capital’s streets may well have played a part in his death.