We have pulled together 12 key construction moments, without which Friday’s ceremony would not be taking place. Yesterday we looked at the first two of these before revealing three more today - look out for the full 12 key moments in tomorrow’s feature in print and online. 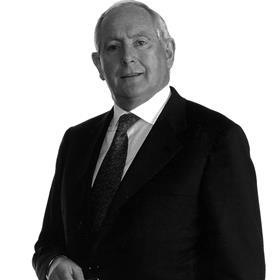 At 10am on Wednesday 30 August 2006, a consortium of construction firms was told it had won the biggest Olympic contract of them all - the role of 2012 delivery partner.

The team, known as CLM and comprising Laing O’Rourke, Mace and CH2M Hill, edged out US favourite Bechtel to clinch the deal - to “programme and project manage the whole procurement construction cycle, from design to post-2012 transformation”. The two other shortlisted consortiums to lose out were G3 (comprising Amec, Balfour Beatty and Jacobs) and Legacy (Bovis Lend Lease, Capita Symonds and KBR).

Then ODA chief executive David Higgins said at the time that the winning team “pairs the best of British industry with one of the world’s largest engineering firms”. And thanks to the performance delivery model of CLM’s contract and its success in hitting targets, the role has been massively lucrative. As of this month, CLM had netted £607m worth
of fees from its partner, the Olympic Delivery Authority (ODA).

The departure of the ODA’s first chairman Jack Lemley, in October 2006, sent shockwaves through the project. Lemley, an American civil engineer who had previously headed up the consortium that built the Channel Tunnel, had been seen as a safe pair of hands but left with a £388,000 payoff less than a year into the job.

Lemley later told his local newspaper back in Idaho that he quit because of the high chance that the project would go over budget and that it was too politicised.

Nevertheless, the loss of Lemley only proved a short-term problem for the project, especially after the arrival of the widely admired former Network Rail chief executive John Armitt. As the newly installed Armitt himself told Building in 2008: “Going through a difficult period with Jack has helped the board cement its own internal relations and has also helped us to think about what we should do if things are not working.”

Completion of the underground rerouting of the powerlines

Groundwork begins on the stadium

On the face of it not the most eye-catching of milestones, but the tunnelling for the underground Olympic Park power cables was, in fact, the first Olympic construction project to be completed - and it was on time and on budget, as the ODA was at pains to point out.

Tunnelling work began on April 2006 and ended 15 months later with two 6km tunnels bored beneath the Olympic park to house the cables needed for the Games and the legacy developments. Four 40-tonne boring machines were used and around 350 workers completed the task - at the time one of the biggest tunnelling operations in the UK - in 424 days.

The project encountered a series of challenges, including issues with soil contamination, small ground movements and water ingresses beneath the surface of the Olympic park. More than 200,000m3 of spoil was created during the tunnelling process, enough to fill Wembley stadium. The vast majority was reused in the construction of the park.

The completion of the project meant the 52 pylons that dominated the landscape could be removed, freeing the park for the construction of the main venues and infrastructure, which started the following year.

At the time, then mayor of London Ken Livingstone said: “This not only marks the completion of one of our first major projects on time and on budget but also the beginning of the transformation of east London.

“The area will benefit from new affordable homes delivered on a scale never seen before in the capital as well as thousands of new jobs that will come as we continue to regenerate the Lower Lea Valley in the coming decade.”