Designing out waste by refusing to create it 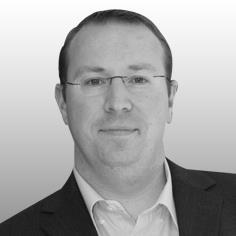 Humans are undoubtedly the most inefficient species on the planet when it comes to waste. Unlike nature’s closed loop system, which ensures that nothing is ever discarded, the management of man-made detritus is one of the most difficult environmental challenges facing urban developers today.

However, I believe it is possible to design-out waste altogether simply by refusing to create it in the first place.

At Elephant & Castle, where we are delivering a £1.5bn regeneration project in partnership with Southwark council, waste minimisation will form a major part of our plans to create one of the most sustainable communities in the world.

As well as the here and now, we believe it is vital to consider the needs of future generations to ensure that when the time comes for today’s developments to be re-built or re-configured, they can be done so relatively easily and with minimal environmental impact.

In addition to the environmental benefits, there are also time and cost advantages in using timber as an alternative to conventional building materials

This is in stark contrast to the Heygate Estate where, when the final bricks were laid in 1974, the last thing on anyone’s mind would have been taking it down 40 years later.

Now though, demolition of one of the county’s most notorious housing estates is set to commence, making way for the creation of nearly 3,000 new homes. Ensuring the sustainability of this scheme both now and in the future, or ‘cradle-to-cradle’ design as it is known, is a major driver behind the technical innovations we will be implementing at Elephant & Castle.

One such innovation is cross-laminated timber (CLT), a sustainable solid-wood alternative to concrete. Manufactured off site, the production and erection process generates zero construction site waste and helps minimise on-site pollution, be that noise, air or water. It also reduces the number of deliveries by up to 7.5 times compared with reinforced concrete.

In addition to the environmental benefits, there are also time and cost advantages in using timber as an alternative to conventional building materials. In Melbourne for example, we successfully built the world’s tallest CLT residential building in just 10 weeks with a team of five skilled labourers.

Sustainable building innovations such as this play a major role in the ongoing endeavour to achieve zero-waste in construction and development. We hope that by delivering large-scale regeneration projects that are holistic and forward thinking in their design, we can move one step closer to designing-out waste altogether.