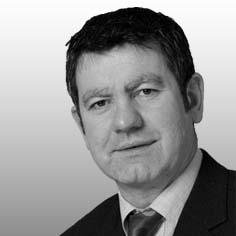 The UK’s energy challenge is dominated by the need to build power stations to replace closing ones, the low carbon agenda, and security of supply - by which I mean avoiding dependence on other countries for fuel. It’s generally accepted that the market can’t address the challenge without support, mainly because the solutions require investment, and the period of return required by investors is too short (not a criticism, just a fact).

The energy incentive regime provides this support in the form of feed-in tariffs (FiT), renewable heat incentives (RHI), contracts for difference (CfDs) and the other mechanisms we read about. The theory is to support fledgling technology whilst R&D, economies of scale and bitter experience bring down the cost of electricity. Although the government tinkers - sometimes horribly, as in its recent change to the RHI for small scale anaerobic digestion plant - at a macro level there is a degree of consensus on energy policy. This includes the Energy Act, which reached royal assent in December with widespread political consensus.

However despite this, problems remain. The London Array consortium announced last week that it will not go ahead with Phase 2 of the wind farm off the north Kent coast, in part due to the need for further extensive ecological surveys, and the associated delay, and RWE’s Atlantic Array was canned a few weeks ago due to viability issues. In a perverse sense however, this sends a positive message to the long suffering UK electricity bill payer, in that the incentive arrangements have limits and only the most viable of projects will go ahead.

Urban developments will demand resilience and flexible, dextrous and integrated means of generating and distributing heat and power

At a higher level, the face of world energy markets is changing. China has to reduce its emissions from power plants as pollution is getting out of hand in some of its cities. Gulf region countries are looking at alternative energy sources including renewables as they really don’t want to waste their appreciating natural hydrocarbon resource on air-con. Other countries need desalinated water plants which ultimately may be capable of being powered by solar sources. In addition, commercial and technological developments mean markets are joining up. Denmark for example joins supplies into a market that includes its neighbours, and the UK has interconnectors with France and the Netherlands.

Then there are global trends which will demand even more dexterity of energy generation and delivery. Trends like the emergence of dispersed energy demand in locations without grid infrastructure - small communities around the world need local generation, using solar panels to power mobile phones and water pumps for example. We are also seeing a significant trend towards urbanisation. China for example is planning over 100 cities of more than one million people. These urban developments will demand resilience and flexible, dextrous and integrated means of generating and distributing heat and power and will need commercially viable project delivery models.

All of which is in fact relevant to us in Hamilton, Hull, Harpenden and Hampshire. We in the UK (and in Scotland in particular) are leading the world in aspects of alternative energy thinking. Our energy strategy and incentive regime is facilitating the development of fledgling technology to the stage where it becomes capable of standing up unsupported (in the face of those impatient investors). We have seen the unit price of solar panels fall sharply, and the wind turbines now being installed are much more efficient and productive than only a few years ago.

However, in addition to engineering and technology leadership, we in the UK have developed leading financial and commercial models and programme/governance and delivery capability. These models and capabilities have helped deliver complex integrated energy solutions in some of our cities and deliver the largest offshore wind farms in the world.

The UK energy strategy has many shortcomings but if it is played out fully without further significant interference its success will be more than lowering our carbon emissions and plugging of our energy generation gap, it will be in creating massive export opportunities to meet the changing global energy trends.