What are the post-Brexit options for the UK government for enforcement of judgments within EU countries? Here are some of the routes available 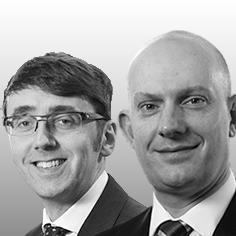 Businesses involved in proceedings with foreign elements have grown accustomed to working within an European Union (EU) legal system that includes a cross-border framework dealing with enforcement of judgments. While EU law will continue to apply for at least the next two years, as the UK negotiates its departure, it is likely that sooner or later Brexit will disrupt that status quo.

Presently, judgments from courts within the UK legal systems are enforceable in all EU member states, and vice versa. This is the situation under the Recast Brussels Regulation. This regulation provides for a simple and cost effective enforcement mechanism across the EU with limited exceptions, which are strictly applied. The Brussels regime also applies regardless of where the parties come from. So, for example, if a court in the UK decides a dispute between Australian and South African parties, the judgment is enforceable across the EU.

When the UK leaves the EU, it will no longer be subject to the Recast Brussels Regulation. Without an alternative arrangement, this means enforcement of UK court judgments in the remaining EU countries would depend on the laws and procedural rules of each of 27 EU member states. It is likely that this will make the enforcement process more complex, time-consuming and costly, as member states’ rules are unlikely to be as simple as the existing Brussels regime.

This is unlikely to offer the certainty that the construction sector needs. So what are the post-Brexit options for the UK government for enforcement of judgments with EU countries?

The government is proposing a “Great Repeal Bill”, which will take effect on the UK’s exit from the EU. The stated intention behind the bill is to convert existing EU law into UK law, and it would probably see the Recast Brussels Regulation adopted as part of UK law. However, the regulation was not designed to be implemented unilaterally; it operates on the basis of reciprocity. Adopting the text into domestic law would simply commit the UK to enforce judgments from the remaining EU member states. It would not commit those states to do the same in return.

The UK could, instead, pursue the following solutions:

The content of the UK’s eventual withdrawal agreement from the EU is very much speculation at this stage. However, looking at the available options relating to enforcement, the most likely outcome would appear to be the UK joining the 2007 Lugano Convention. Although it does not have all the advantages of the Brussels Recast Regulation, it offers a relatively simple EU-wide enforcement regime, and provides the certainty in relation to cross-border enforcement which both UK and EU businesses desire.

Irrespective of what the future holds, the current framework will remain in place for at least two years. Firms may wish to take advantage of this window to resolve existing disputes or commence pending litigation while the position on EU-wide enforcement is clear.