Eyes wide open with a good deal yet to take effect

Short-term vigilance will be essential to secure the best outcomes from the UK’s new trading arrangements, suggests Simon Rawlinson of Arcadis 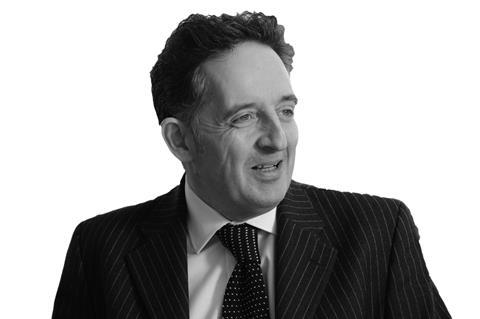 So, the deal is done. Brexit has dominated UK politics for the past four and a half years but left with a whisper rather than a bang, barely noticed while the country took a much-needed break from a terrible year. Given how momentous the changes in the deal will be, the desire to get it out of the way – to move onward to the next issue – is palpable.

Whether you agree with the content or not, the very existence of a deal is a great achievement. The cover provided by circular arguments on fisheries, level playing field and governance enabled negotiations to proceed on other critical arrangements at a super-fast pace.

Essential agreements covering energy markets, atomic regulation, aviation and security remain in place. Given the disruptions caused by covid-19, the negotiating teams deserve their plaudits, proving that it is not only vaccine development that can be accelerated to warp-speed during a crisis.

In theory, the deal now provides the platform for the UK to follow a new course in the world. Other trade deals signed so far have largely rolled over EU arrangements, so we will have to wait to see how we use opportunities such as the forthcoming UN Climate Conference, COP26, to stake out our new place in the world order.

At a practical level however, the deal provides for the hardest of Brexits. The UK’s sovereignty has been re-established, albeit hemmed in by new institutions such as the joint partnership council. Although the free trade agreement means that up-front costs of divergence on the level playing field are avoided, the risk of retaliation will always need to be weighed up as the UK navigates new global trading arrangements and new ways of doing business

Moreover, as has been clear from the start, the ambition of the deal does not extend to services, meaning that the operations of many UK businesses will switch to a third-country status, reliant on individual arrangements with the 27 nation states. Over time, further agreements might be reached with the EU, or bilateral agreements might be reached with specific countries. But for now at least, there is friction where previously there was none.

With the festive break over, the first brush with reality is likely be seen at the Channel ports, although whether this will generate similar headlines to those seen before Christmas is a moot point. With stockpiles in place, and the UK phasing in its customs controls over a six-month period, it is likely that the threat of big-bang chaos will be avoided

But this does not mean that the effects of profound changes to the UK’s relationship with the EU will not quickly become clear. The papers are full of stories of disrupted travel plans and EU companies withdrawing their products from UK markets. Tariff and quota free does not mean friction free.

So, what of the impacts on our sector?  On the positive side, in the short term, there could be an uptick in activity now that a major source of uncertainty has been removed from UK markets. Certainly, after over four and a half agonising years of post-referendum rancour, government, business and citizens have one less thing to distract them from their long-term investment planning, even as new concerns over devolution come to the fore. Some economists have forecast a return of the “roaring twenties” and it certainly would be a positive step to see a recovery in private investment.

But any such uptick will take a long time to filter through to work on site and will be vulnerable to further developments in the fight against the pandemic. In the short term, I anticipate that it will be concerns about cross-border trade and the availability of a migrant workforce that will be at the front of industry concerns as sites reopen this week. Both are provided for in the new arrangements with new customs processes in place and nearly 4.3 million applications for settled status having been concluded by 30 November.

Whether importers navigate the new processes successfully and whether EU citizens choose to continue to work in the UK relies now on human action and are necessarily difficult to predict. Truck drivers may prefer to avoid Channel ports for a while and some migrant workers may choose to stay home after Christmas.

It won’t be long before we know if there is a problem or if the arrangements in place are fit for purpose. European supply chains stayed resilient over Christmas despite the chaos caused by covid-19. I would like to think that the same can apply to our sector.

But even as these short-term disruptions are addressed and resolved, the concrete impacts of the UK’s new status will start to take shape. Brexit may be over, but the development of an independent trade and standards infrastructure has only just begun.

For example, the deal does not provide for mutual recognition of product conformity, and new product testing and marking arrangements will be developed over the next 12 months. Design and specification decisions made in 2021 will rely on continuing availability of imported products in the future.

This availability will in turn rely on overseas manufacturers, including those outside the EU, choosing to invest in UK-specific testing, accreditation, and data, as well as the UK’s testing capacity being in place.

The smart short-term move could be to specify UK products – at least until the plans of overseas suppliers are clear. In the long term, it could be that the UK will be able to access products from an even wider supplier base.

These examples highlight that the single big uncertainty of Brexit has now been replaced by the concrete reality of the deal and its implementation. In the long term, regained national sovereignty means that the UK can choose to diverge where it suits our future as a trading nation. However, from day one there will be a multitude of small, practical barriers to operation and unforeseen consequences that need to be addressed to make the deal work.

The deal is a good outcome, but it comes with a price tag for the UK and for business. While we need to keep our eyes fixed on the opportunities, we need to remain vigilant against the trips and tangles of what is undoubtedly now a more complex world.