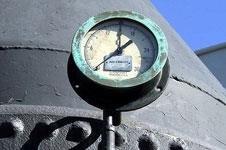 Having produced event programmes in the run-up to the Green Deal aimed at educating solar and microgen installers on how to work with the scheme, the issue appeared not to be that the industry wasn’t prepared to up-skill, but that the government wanted to launch something without fully investing in a much needed public awareness campaign.

The general public’s psychology often needs this prompt from the very front and the smaller industry sectors that are key to delivering the practicalities of the Green Deal cannot be expected to carry the burden of an expert communications campaign alone. The government needs to make the extra effort and investment in a substantial awareness campaign before it falls by the wayside like so many other initiatives.