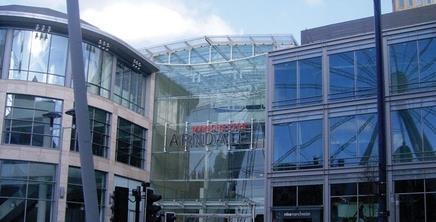 Hugh Wilson and Lewis Womersley’s design for the Arndale was begun in 1972 and when it was completed in 1979 it was the largest covered town shopping centre in Europe, attracting 750,000 shoppers a week