Fight the good fight: Collaborating through the political chaos

While our politicians fix their eyes on battle, the UK construction industry remains quietly focused on improvement through collaborative effort 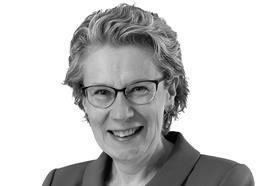 As I listen with increasing incredulity to politicians telling us how great things will be if only we vote for them, I am struck by how little any of them talk about their past achievements. Coming from an industry in which track record is a key indicator of competence, this feels odd. And it underlines the fact that since the 2015 election the political focus has been on our relationship with Europe.

We have a generation of young people who have known no political system other than one of discord, aggression, confrontation, claim and counterclaim; a system in which “collaboration” is a term of insult and derision. For those of us in construction who have been banging on for years about common objectives, industry cohesion, collaborative contracts, alternative dispute resolution and the importance of “soft skills”, this is a particularly distressing spectacle from our would-be leaders.

Yet, even with this chaotic backdrop, good things have been happening in our industry, quietly in the background.

Best practice is being rolled out through centres of excellence for smart construction of homes around the UK.

In the three years that I have been a member of the Construction Leadership Council (CLC), I have seen companies, professional institutions, trade bodies and government working together to understand the big issues facing our industry and to determine how we can tackle them. The council is a virtual organisation, with no salaried staff or administrative infrastructure, but it does have the ear of government and significant convening power across the industry. From my first day with the CLC, I saw that it was highly focused: it cannot solve all the ills of the industry, but it is effecting change for the better.

The council helped shape the conversation that led to the government recognising construction as an essential enabler of economic prosperity. This resulted in the construction sector deal, under the Industrial Strategy, providing £170m of funding for collaborative research and development and demonstrator projects for the benefit of the whole industry. It also led to the creation of the Construction Innovation Hub, which is playing a leadership role, directing and co-ordinating R&D efforts within the industry.

The CLC’s innovation workstream is working with Homes England to promote a viable business model for large-scale modern methods of construction in housing. Together with King’s College London, they have drawn up a model contract for long-term relationships between the supply chain and client. The workstream’s “smart construction” dashboard and industry metriics for housing give the industry a way of comparing performance for the first time, and best practice is being rolled out through centres of excellence for smart construction of homes around the UK.

In total, the construction industry has recruited 60,000 apprentices since 2016.

The CLC’s skills workstream has overseen 91 construction-related apprenticeship standards now approved for delivery by the Institute for Apprenticeships, with 14 more in development. It is supporting the Construction Industry Training Board to develop 20 on-site hubs that will provide site-ready training to 1,200 people, and has produced its Future Skills report setting out how the challenges of the next decade will be met. In total, the construction industry has recruited 60,000 apprentices since 2016.

The Green Construction Board has published industry recommendations, underpinned by extensive case studies and research, in response to the Buildings Mission 2030 report. It is collaborating with the environment and business ministries on the priorities for construction in the government’s resources and waste strategy, and it has developed a definition of “zero avoidable waste” for the industry.

My own workstream – business models and supply chains – has worked closely with the professional institutions, trade bodies and companies across the sector. We have carried out a detailed assessment of the causes of poor procurement practice, which at the most basic level are a confusion between price and value and a poor understanding of the client or end user’s desired outcomes for their built assets. We are working with the Chartered Institute of Housing to develop a systematic approach to the definition, capture and comparison of value across the industry – which will lead to improved decision-making and behavioural change. Our proof of concept will be established by the end of the year. We have also supported Build UK and the Civil Engineering Contractors Association to develop a common assessment standard for pre-qualification and standard contract amendments, which will improve efficiency and reduce cost across the sector.

The CLC board has responded to industry feedback and has broadened its membership to include representation from regional and smaller businesses and academia, and has established an advisory group that brings together leaders and influencers from across the sector to act as a “critical friend” to the CLC.

Of course there is always more to do, but our coalition of the willing has seen some real progress made – despite the chaos around us.