Gaming can inspire construction's next generation

Computer games like Minecraft could be harnessed to help the sector 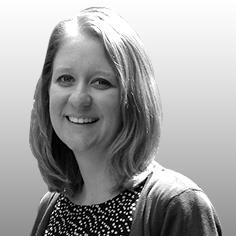 The 2050 Group is currently running a survey to gain opinions from the industry on what inspires people working in it. First to understand why people joined the industry, then to understand what work and activities in the industry inspires them now and finally looking to the future to think about what will motivate the next generation to join.

As we have developed the survey I have be thinking about what inspired me to work in construction. My first thought is maybe I was always destined for the industry. As a child I was much more interested in my Lego blocks than in Barbie. This led to Meccano and then Sim City as technology developed and we entered the online world.

Although Lego, Meccano and Sim City where all part of my childhood, these interests were never harnessed or connected to my future career options by my career advisers, teachers, parents or peers. There was no clear route for me into construction. As the Lego movie is currently proving successful in the cinemas I wonder how we can use this to inspire the future generations.

As the game develops, the players create online worlds and communities with some examples of whole cities being created

The computer game Minecraft is a good example. It’s a game that thousands of people play and appeals to schoolchildren. It is a simple concept of building blocks to defend your character. As the game develops, the players create online worlds and communities with some examples of whole cities being created. Given the popularity of Minecraft, could it be an inspiration for future generations to enter the construction industry? First to grab interest but also to help develop the skills needed to design and create our future built environment, especially as we move to a more technology-driven world.

If we asked school leavers whether they would rather be a computer game designer or work in construction I think the majority would opt for the former. But I still think there is an opportunity here for us to try to inspire the next generation to become the designers, engineers and builders of the future. It’s about engaging with young people on a level that they enjoy and starting to sow the seeds of them becoming the creators of our cities in the future.