Go wild in the cities to help save the planet

We should be designing urban environments that play an important role in safeguarding our future, argues Ruth Richardson 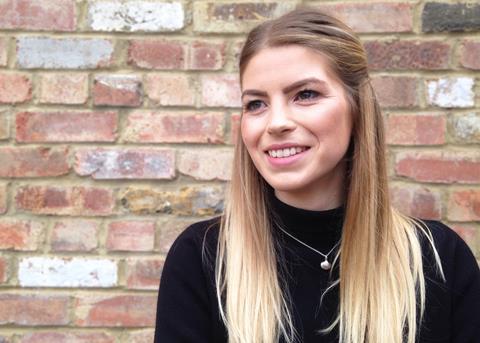 The global population is set to reach 11bn by the end of the century. That’s an additional 3.2bn people compared with today, in a world where many cities are already facing serious housing crises.

Add to this the fact that global warming is threatening the very existence of humans – and many other species – at an exponential rate and, among other issues, placing significant pressure on food and resources. The concept of “rewilding” the planet is therefore something of a necessity if we are to address these issues.

Last month the government pledged to protect 30% of the nation’s countryside by 2030 in a bid to aid biodiversity recovery. That’s an extra 400,000ha on top of what we have now. Many other countries are doing something similar.

However, the concept of rewilding does not need to be limited to these rural areas. There is plenty that cities can do to support these objectives and relieve some of the pressure, allowing rural areas to regenerate. As architects and designers we have a key role to play in this, as we design more housing in towns and cities.

Let’s consider the traditional residential street, lined with two- and three-storey terraced houses, two-thirds of which is typically dominated by cars and street parking. What if cars were taken out of the equation and this space was given back to nature, creating pockets for rewilding which not only bring obvious social and physical benefits but also offer opportunities for biodiversity and habitat creation?

On new developments, urban greening should be at the forefront of street design. Existing areas of rich landscape and high-value trees must be protected and not lost at the expense of regeneration.

Imagine if we were able to replace paved front gardens with an area for planting that promotes biodiversity and offers a privacy buffer in front of the home, and increases the aesthetic appeal.

We could just, very strategically, do nothing at all … allowing nature to take its own course in certain areas of the city

Of course, management of these spaces will concern local authorities and developers, but city dwellers must take responsibility for their small piece of the wider puzzle.

Alternatively, we could just, very strategically, do nothing at all … allowing nature to take its own course in certain areas of the city. This would remove the need for management and maintenance.

Since 2015, Dublin City Council has been allowing native wildflowers, once considered weeds, to flourish in smaller open spaces, roadside ditches and areas of grassland, creating habitats and food for insects, bees and other pollinators. This strategy has also been adopted across Germany, where the cities of Dessau, Hanover and Frankfurt leave allotted spaces such as abandoned buildings and vacant sites uncultivated.

This Städte Wagen Wildnis (Cities Dare Wilderness) programme undoubtedly takes time, but the success of these low- or no-cost initiatives should not be taken for granted.

The coronavirus pandemic has made the importance of private amenity space, in the form of a rear garden, terrace or balcony, very clear. The recreational, physical and mental health benefits are obvious. But it can also create further opportunities for enhancing biodiversity and growing food.

That said, one in eight British households has no access to a private or shared garden – and this figure increases to more than one in five (21%) in London. Homes which do have this “luxury” come at a premium cost, with a garden adding up to an additional 35% to the cost of a home in London. Balconies can add £50,000 to the price of a flat.

Even a small balcony can allow space for planters, herb gardens, insect hotels, hanging baskets, bird feeders or nest boxes on the walls. Replicate this across all floors of a tall building, for instance, and a new vertical habitat for nature or food production is created.

Adapting some of the principles of biophilic architecture in the design of new buildings, whereby strong connections are made between the building and nature, but ensuring they also have ecological merit, brings great advantages. Weaving food growing into the design of housing and neighbourhoods will increase greenery and wildlife, and diversify where and how we get our food, reducing the risk of disruption to food supplies in rural areas.

Some of these ideas are not new, but they are not implemented often enough. Our current approach to creating “sustainable” housing in our towns and cities isn’t going to be enough to contribute to the rewilding of our planet or, importantly, to take pressure off current resources.

We need to do more and we need to do it now. If these thoughts help us to reconsider the opportunities that housing projects present for tackling the serious environmental issues we are facing, then that is a step in the right direction.

Ruth Richardson is an urban designer at Levitt Bernstein. Julia Park is away.